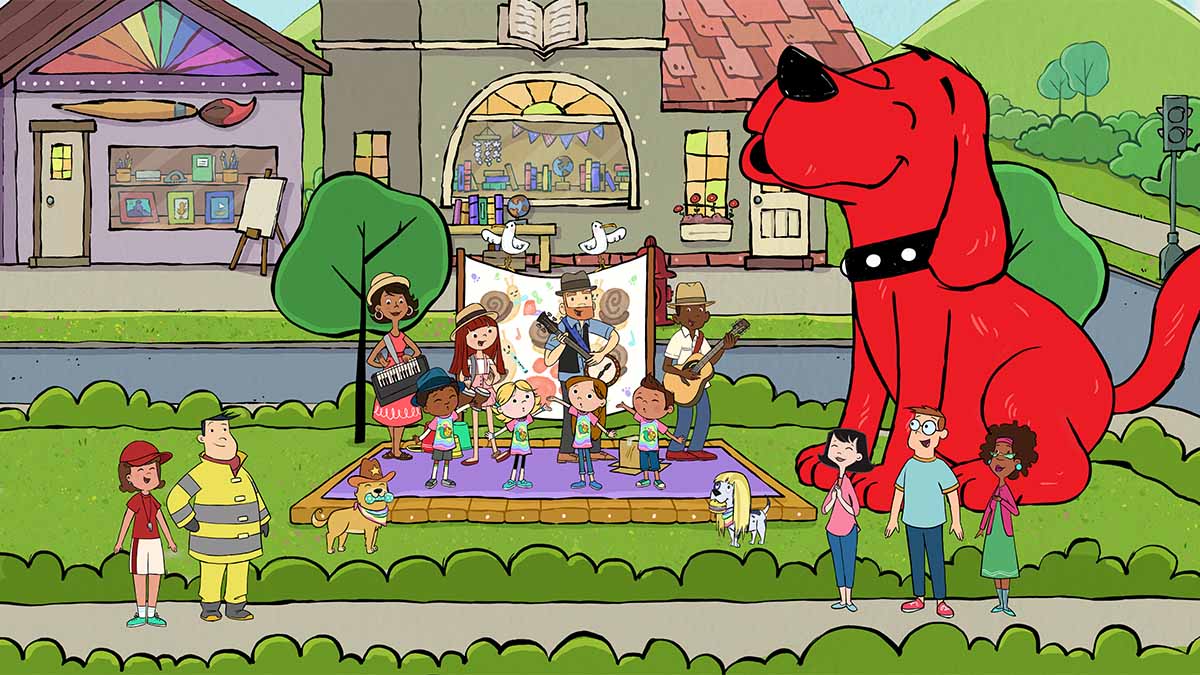 As beloved TV shows from the ‘90s and ‘00s find new life (and new audiences) in series revivals across platforms and networks, Scholastic Entertainment offers another big reboot: the relaunch of its multiple Emmy-winning preschool series Clifford The Big Red Dog. Based on the best-selling Scholastic book series by Norman Bridwell featuring the larger-than-life dog and his best friend Emily Elizabeth, the reimagined animated series will launch on Amazon Prime Video and PBS Kids in fall 2019.

Scholastic chief strategy officer and executive producer of the new series Iole Lucchese believes there is good reason Clifford has captured children’s imaginations for over 50 years. “There is something enduring in Clifford’s gentle, loyal spirit that touches fans even after they become adults,” she said. “We see it in tributes on social media and in fan art, and of course, in every parent who grew up with Clifford and now shares their love of him with their preschoolers. Clifford has always helped children understand their world and face challenges with kindness and understanding, life lessons he’ll continue to share in the new series.”

“Not only will the new Clifford The Big Red Dog series feature an expanded world and bigger adventures, it will introduce all-new designs for main characters Clifford and Emily Elizabeth, original songs and new friends,” said series producer Caitlin Friedman, the vice president and general manager of Scholastic Entertainment. “To accompany the launch of the new show, Scholastic Entertainment is developing a global publishing, broadcast, merchandise and licensing program to help further extend the positive messages of the brand to children and families around the globe.”

Although still set on Birdwell Island, Clifford The Big Red Dog will offer fresh and colorful new locations. The rebooted show will also have a strong emphasis on social-emotional skills such as empathy, along with a solid curriculum designed to boost early literacy and encourage imaginative play – teaching as it entertains with Clifford-sized humor.