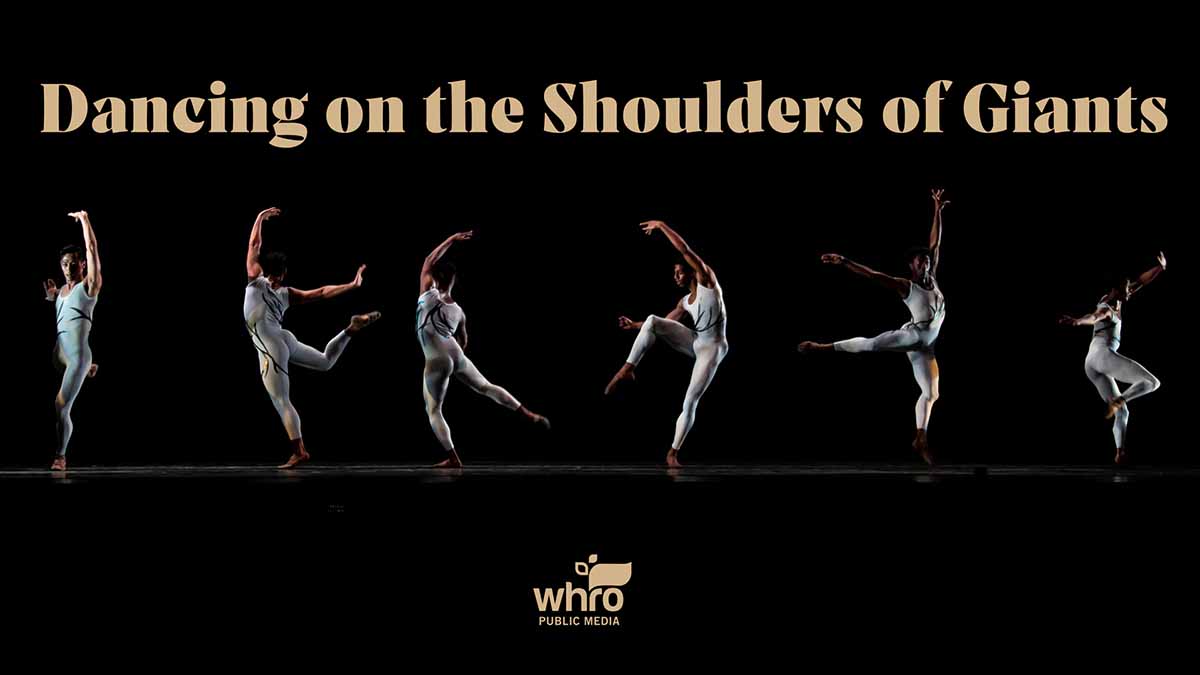 Dancing on the Shoulders of Giants

Dancing on the Shoulders of Giants is an hour-long documentary from WHRO made possible by the Goode Family Fund. We follow two internationally acclaimed dance companies who were commissioned by the Virginia Arts Festival and the 2019 Commemoration to interpret a seminal event… the arrival of the first Africans in English North America. Britain’s Richard Alston Dance Company, led by the legendary Sir Richard Alston, looks at these events through a European lens and incorporates a 1619 composition by Italian composer Claudio Monteverdi, the same year as the landing of the Africans.

The dance “Arrival” is a powerful collaboration between Alston, his dancers and high school students from Norfolk’s Governor’s School for the Arts. Meanwhile, “Passage” is an original work from Dance Theatre Harlem (DTH), the first African American classical ballet company. It was created by the young female creative team of choreographer Claudia Schreier and composer Jessie Montgomery in a stunning work that was hailed as “a supernova” (Broadway World) and “a glimpse of the future for DTH, for women and for ballet itself”(Pointe Magazine). Together, these works express the fortitude of the human spirit and celebrate the invincible spark within that must prevail.

Dancing on the Shoulders of Giants. Two world premieres. Two storied ballet companies. One history changing event. This is the documentary that goes behind the scenes to show the artistic journey of these works, from concept through rehearsal and ultimately to the stage.