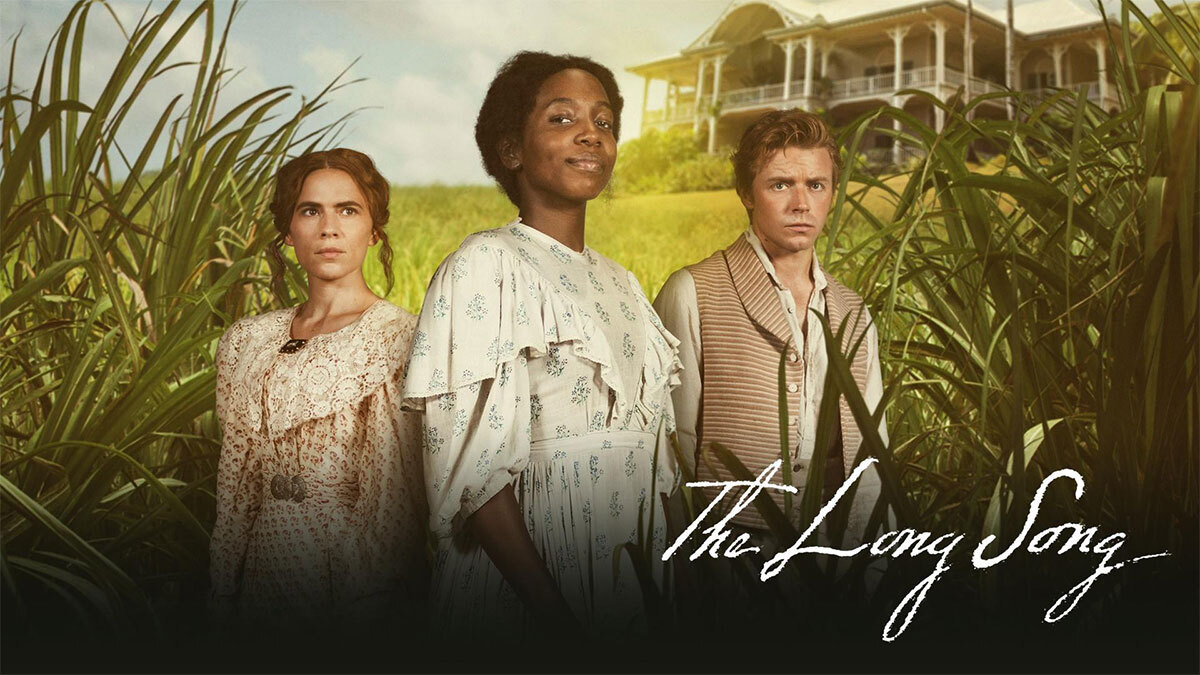 The Long Song On Masterpiece

Tamara Lawrance (King Charles III) stars as an indomitable house slave in Jamaica during the era of emancipation, with Hayley Atwell (The Avengers) as her demanding, capricious mistress, in The Long Song. The new miniseries is based on the novel by Andrea Levy.

Andrea Levy, who died in 2019, was born in London to Jamaican parents and spent her writing career probing her heritage. Her numerous literary awards included the Walter Scott Prize for The Long Song (published in 2010), which was also a finalist for the English language’s most prestigious book award: the Man Booker Prize.

The Long Song is framed by the reminiscences of July (played as a young woman by Lawrance), who grew up as a slave on a sugar plantation in Jamaica and is now looking back on her life. In extended flashbacks, she recounts her tumultuous story, which has been shaped by villains, heroes, and well-meaning people who are an unsettled mix of the two.