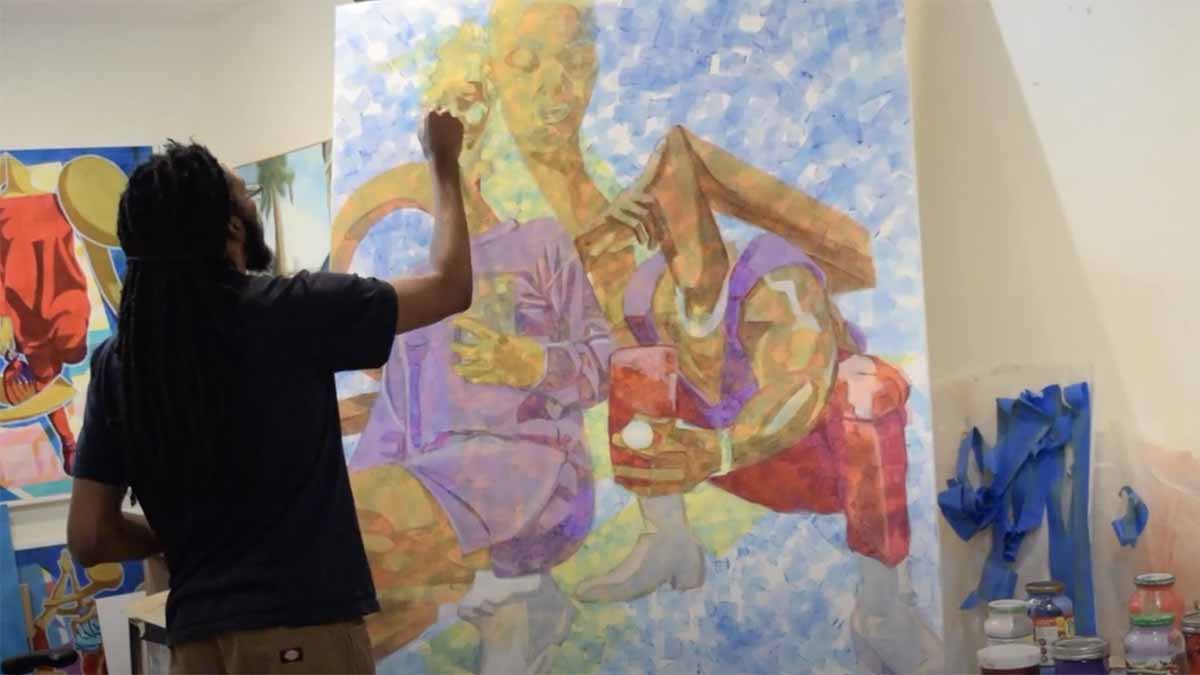 Curate is back! Join hosts Heather Mazzoni and Jason Kypros for the new season premiering Friday, January 29, at 8:30 p.m.

Curate explores the thriving art scene in our own backyard and across America. Each week, the program features a Hampton Roads artist, along with artists from across the country, who work in a variety of mediums from painting to sculpture and photography to the spoken word. Each episode offers a compelling look at artists and their creative process.

Funded by a GoFundMe campaign, Curate was launched in 2015 as The Scene, a digital-first series. It eventually evolved into a seasonal half-hour television series and has won numerous awards. Curate has won five Emmys, several Tellys, a NETA award, several Virginia Association of Broadcasters Awards as well as an Excel Award from the National Association of Black Journalists.

Curate artists have been broadcast on PBS stations nationwide through an arts cohort of 30 PBS stations in major markets. The program tells the story from the artist’s point of view and ensures each episode is centered on their craft and their creative vision.

Additionally, Curate 757 -- the segment of our show that features artists from Hampton Roads -- will debut each week on our Facebook page. Tune in on Wednesdays at 7:57 p.m. to see a sneak peek at Friday's episode!

Here’s an overview of our new season:

Episode 1
In this episode we talk to local artists to see how they are embracing innovation to continue their craft.

Episode 2
Healing Ink, an Israeli organization that tattoos survivors of war and terrorism as a way to encourage healing visited Virginia Beach in December 2019. The organization traveled here to offer tattoos to those injured during the Virginia Beach Municipal Center shootings.

Episode 3
Williamsburg artist Artie Shell, worked in the banking industry for many years. After discovering his passion and talent for leather crafting he left the corporate world to pursue his dream.

Episode 4
Governor School for the Arts alumna and Norfolk native Adrienne Warren is an international superstar. Adrienne has starred in many Broadway productions and earned a Tony nomination for her role as Tina Turner in the Broadway hit Tina.

Episode 5
Danny Doughty is a visionary folk artist whose paintings stretch the boundaries of realism in his mastery of color, texture, and pattern. His works have a rich abstract quality that tell his remarkable story of growing up on the Eastern Shore.

Episode 7
Mosquito Cabaret is a folk and world-music sextet hailing from the waters of Norfolk.

Episode 8
Harvey Stokes is a composer and professor of music at Hampton University, where he is also founder and director of the Computer Music Laboratory.

Episode 10
Luisa Igloria, a professor of English at Old Dominion University is the 20th Poet Laureate of Virginia.

Episode 12
Eastern Shore native Gordon Campbell is an aerial photographer who captures breathtaking images of the land and seascapes of East Coast.

Episode 13
Hampton comedienne Alison Moore is the executive producer and host of the Moore Laughing in the Morning Show.