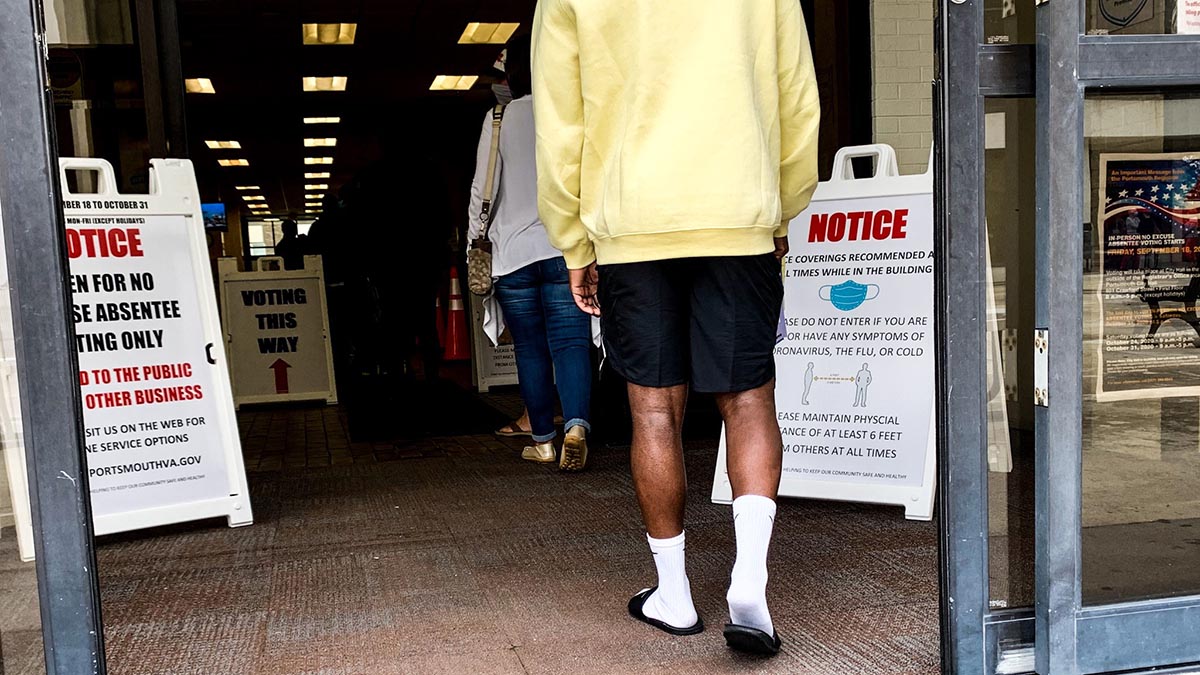 Photo by Mechelle Hankerson. Hampton Roads voters have a number of local races to vote in, including some city council contests and a referendum to fund flood mitigation in Virginia Beach.

Election 2021: A guide for voters in Hampton Roads

At the local level, voters will also choose treasurers and commissioners of revenue.

And in Hampton Roads, some localities have special elections to fill spots on their governing boards.

Here are some details on some of the key items on ballots across the region.

Youngkin and McAuliffe agreed it would take federal money to deal with flooding and other issues, but they have different throughts about the causes of sea level rise and climate change.

“Whatever the cause is, we've got a challenge so rather than play the blame game, let’s go fix it,” Youngkin said.

McAuliffe said he wants to focus on ways to cut carbon emissions, a driver of climate change.

A familiar challenge on the Eastern Shore

Republican Del. Rob Boxom has held on the 100th district seat since he won a special election in 2014, despite Democratic challengers cutting into his comfortable lead in the polls.

The Virginia Beach race to watch

General Assembly Democrats are fighting to preserve the majority they won in 2019, while Republicans are eager to wrest back control of the state legislature.

It's a test of what voters prefer: A moderate or strongly partisan representative.

What do city treasurers and commissioners of revenue actually do?

They'll be on the ballot, but what is their job?

The easy way to remember is that a Commissioner of the Revenue calculates your tax bill and the Treasurer collects it.

City Council races in Norfolk - but not Virginia Beach

Norfolk’s East Side will elect its City Council representative in a special election.

Six candidates will appear on the ballot for the Superward 7 seat, which was vacated earlier this year when Angelia Williams Graves won a spot in the House of Delegates.

Candidates include Councilwoman Danica Royster, who was put in the seat until an election could be held, and community activists Michael Muhammad and Jackie Glass, among others.

Two seats on Virginia Beach's City Council opened up earlier this year, but won't be on this year's ballot.

In March, a federal judge ruled the city’s current voting system is illegal, and the Court of Appealrs denied Virginia Beach’s request to hold a special election for the two seats this year because it would be under the same illegal system.

City council appointed Rocky Holcomb to the Kempsville seat and Linwood Branch to the Lynnhaven seat.

They will remain on council until the special election, likely next year.

A choice on how to fix flooding in Virginia Beach

Virginia Beach ballots will include a referendum question asking permission to borrow $567 million to fund more than 20 flood reduction projects.

The city needs voters’ approval because its charter usually prevents it from taking on that much debt.

Virginia Beach would pay off the loans by increasing real estate taxes between 4.3 and 6.4 cents per $100 of a home’s assessed value — equal to about $10 to $14 a month for an average priced home.