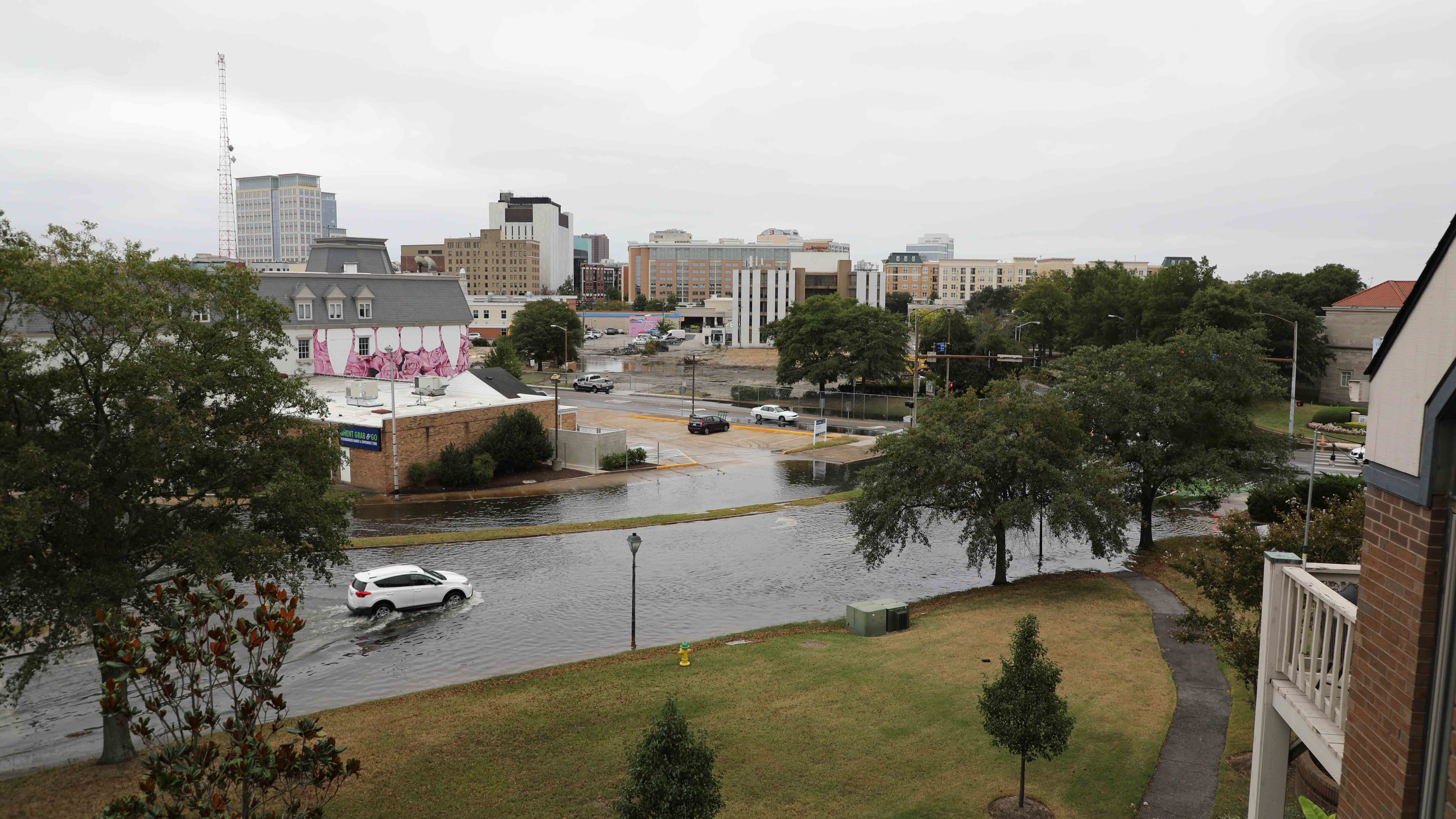 Photo by Jonah Grinkewitz. Flooding is one topic that’s taken a backseat in the Virginia governor’s race.

Here’s what each candidate has said about the topic:

“I do know that we, in fact, have a challenge with climate change,” Youngkin said during a WAVY roundtable event. “I know that. And I know that Hampton Roads suffers mightily from this.”

“Whatever the cause is, we've got a challenge so rather than play the blame game, let’s go fix it,” he told WAVY.

In contrast, McAuliffe says carbon emissions are a major contributor to climate change and sea level rise. He wants to tackle the problem by cutting those emissions and investing in clean energy.

"I want to see us 100% clean energy by 2035, I want to match what the federal government is trying to do," McAuliffe said in an interview with WHRO.

Youngkin and McAuliffe agree there are federal dollars the state can seek to support a number of mitigation projects.

McAuliffe said he can draw on his connections to the federal government to more effectively  secure funding to support local projects.

“There’s a lot of money that I can draw down and send to Hampton Roads,” he said.

Youngkin said at a WAVY 10 roundtable he was “impressed” by Virginia Beach’s efforts to locally fund stormwater projects through a tax increase.

He referenced a few specific programs, like one that addresses land subsidence and another that helps pay for raising roads leading to military installations, as examples of what the state can do to support Hampton Roads.

The Virginia Clean Economy Act calls for Virginia’s carbon emissions to reach zero by 2050 -- which could impact how quickly water levels rise in the future.

The law requires Virginia to change how it generates energy and incentivizes renewable sources, like wind, among other requirements.

McAuliffe supports the law and wants to accelerate it,  to sharply reduce carbon emissions by 2030.

“We have to take this seriously,” he said in an interview with WHRO.

“If we are not showing the military that we are serious about dealing with climate change, they could pick up and move that naval base, they could move these assets to higher ground, which would be absolutely devastating to the Hampton Roads region.”

Youngkin said during a previous debate he wouldn’t have signed the Clean Economy Act if he was governor.

Youngkin said the bill will result in an unstable power grid -- which hasn’t been proven -- and higher bills -- which is a realistic possibility.

"I believe in all energy sources," Youngkin said during the first gubernatorial debate. "We can use wind and solar but we need to preserve clean natural gas."