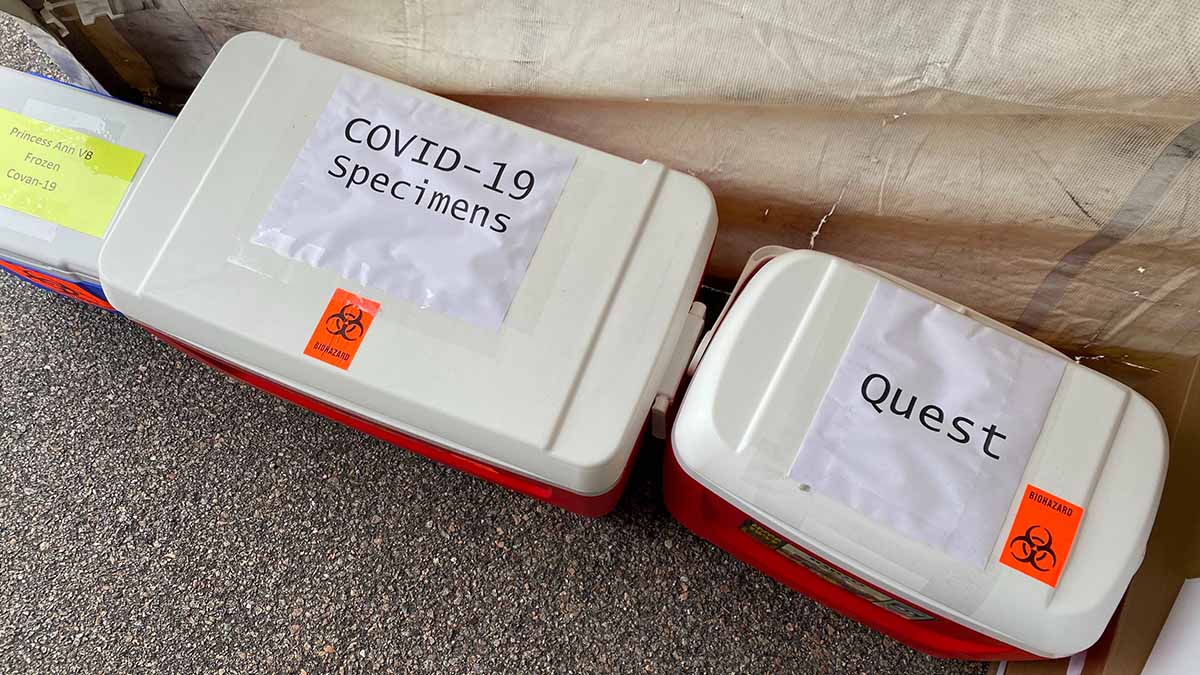 Photo by Mechelle Hankerson/WHRO. Virginia's Legislative Black Caucus has said the state is reopening too soon.

Businesses and restaurants across much of Virginia can partially reopen Friday. Governor Ralph Northam has begun the state’s first phase of slowly lifting restrictions amid the coronavirus pandemic.

Restaurants and stores in Accomack County, Richmond and Northern Virginia will remain closed until at least the end of May. The areas are experiencing higher rates of confirmed cases than other parts of the state.

Virginia’s Legislative Black Caucus says the state should wait longer for the outbreak to subside before easing restrictions. Black and Latino residents are contracting COVID-19 at higher rates per capita than people of other races.

Delegate Don Scott is a member of the Black Caucus. He represents parts of Portsmouth and other localities. He joined WHRV’s Sam Turken to discuss why many black lawmakers oppose the state’s plan.

Sam Turken: Delegate Scott, thanks for coming on.

Delegate Don Scott: Thank you for having me.

ST: Why do you and the Black Caucus think Virginia's opening too soon?

DS: Well, I can tell you that the caucus is a very diverse group of folks that represent several -- well over hundreds of thousands of voters across the state. And so our concerns have to do primarily with safety first, making sure that we have the adequate medical, economic and workplace infrastructure in place, making sure that we provide the protections that we need for those who are the most vulnerable and underserved populations.

ST: I know the caucus put out a letter saying just that -- that communities of color have suffered, especially from the virus. And there is a concern that reopening now could further harm them health-wise. Can you elaborate on that?

DS: We know that the majority or a lot of the deaths have been people of color -- black people who are specifically in some instances and some Latinos up in Northern Virginia who have bore an unusual high number per capita of the deaths. And so consequently, that is why we are greatly concerned because we thought that that was a voice and a perspective that was missing. We're all anxious to reopen just as the rest of the state is. We want to get back to some sense of normalcy, but we don't want to do it at the expense of lives. We want to make sure that people can do so in a healthy way because we know the majority of those folks per capita who will be on those front lines and in those service industry than touching folks everyday will be a lot of vulnerable folks. And a lot of those folks will be people from the African American community.

ST: Governor Northam says his plans are guided by public health experts and data and that he's committed to protecting people of color through the reopening. He's also allowed Northern Virginia, Richmond and Accomack County -- as you know -- to delay their reopening because those areas still have a higher number of cases than other parts of the state. What's your response to that?

DS: Those localities that want to slow down and not begin phase one -- I think that is a responsible thing to do. And I think the governor is making the right choice in that matter. I know that some folks will criticize a locality approach, but there are some localities in the state that have very few and some very low number of cases. Those folks could probably begin phase one safely. The likelihood that they're going to be infiltrated from other areas cause their rural is probably low.

ST: Virginia's economy has suffered because of business closures. Proponents of reopening say people need to start returning to work. How does the state accomplish that while still protecting residents' health?

DS: Just because we're running doesn't mean that we we're going to be running back at full capacity. So I think the way that you do that -- the economy opening back up -- it would have to be social distancing, wearing PPE, making sure we're testing, making sure we're isolating, making sure that we do contact tracing as soon as we hear about something. So I think those are all of the things that we have to do that we're building up to do at the same time as we're opening.

ST: That was Delegate Don Scott. Thank you again for coming on.

DS: Thank you. I appreciate you having me on.