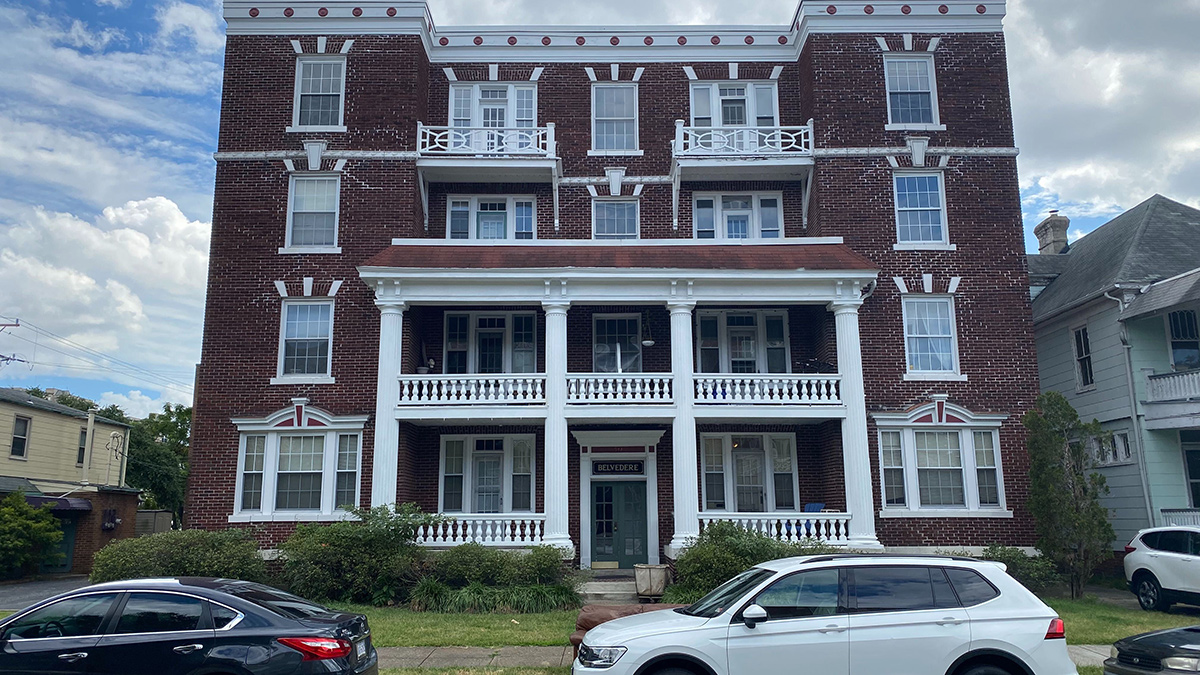 Photo by Sam Turken/WHRO. Gov. Ralph Northam said the court's move "was a critical step towards keeping families in their homes."

The Virginia Supreme Court on Friday ordered another temporary eviction moratorium as tens of thousands of people struggle to pay rent amid the coronavirus crisis.

Local courts can continue hearing eviction cases and issuing judgements against renters. However, the Supreme Court's order prevents sheriff departments from carrying out evictions through Sept. 7.

Gov. Ralph Northam had requested a pause on evictions to give his administration and the General Assembly time to provide more relief to renters. Lawmakers are scheduled to meet for a special session starting Aug. 18 during which they’re expected to discuss housing issues related to the pandemic.

In a tweet after hearing about the order, Northam said it “was a critical step towards keeping families in their homes.”

The Virginia Supreme Court's move comes at an especially dire time for renters who’ve lost income during the COVID-19 pandemic.

According to the U.S. Census Bureau’s latest Household Pulse Survey from July 16-21, more than 996,000 Virginians either missed July’s rent or mortgage payment or fear they can’t pay in August.

Virginia courts have already processed more than 15,000 eviction cases since late June when another temporary court-ordered moratorium expired. Nearly 8,600 eviction hearings have been scheduled across the state in the next eight weeks.

Housing advocates expect the problem to worsen. A separate federal eviction moratorium for tenants living on properties with government-backed mortgages ended in late June. An extra $600 in weekly unemployment benefits has also expired.

In a July 24 letter to the court asking for the moratorium, Northam noted the state has a new $50 million rent and mortgage relief program to help people who are struggling due to the pandemic. But he added that many people may not be aware of the program and said he wants to expand financial assistance offered through it.

WHRO has previously reported on problems with the rent relief program. Some tenants didn’t hear about it until after a judge already approved their eviction. Non-profits and local governments processing applications for the program also had little time to learn about it.

Housing and anti-poverty advocates have wanted Northam to declare a temporary eviction pause, himself, through executive order. But Northam's spokeswoman has said doing so could raise legal challenges that could get caught up in court. Northam instead hoped the Supreme Court would take action.

The Commonwealth's highest court was divided on Northam’s request. Justices William Mims, S. Bernard Goodwyn, Cleo Powell and Stephen McCullough supported the order. They argued the pandemic may "substantially endanger" or "impede" tenants' ability to defend themselves against an eviction in court.

Chief Justice Donald Lemons, and Justices Arthur Kelsey and Teresa Chafin dissented. They said “there is not a person on this court that does not share a deep concern for people in these circumstances.” But they argued the judicial branch shouldn’t be responsible for responding to the state’s eviction crisis.

“The judicial branch should not put a heavy thumb on the scales of justice and deny property owners access to the courts and enforcement of their long-established rights under the law,” the dissenters wrote.