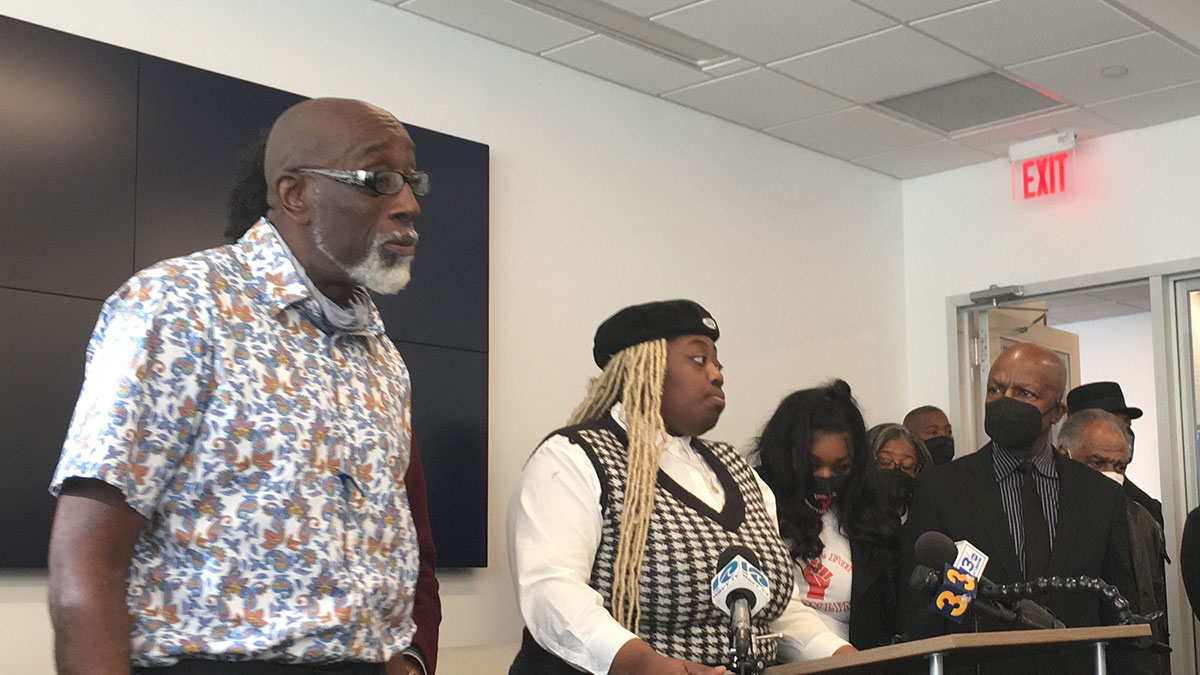 During an emotional press conference Wednesday, Donovon Lynch's father, Wayne, said his fight for justice was only beginning.

This comes after a grand jury declined to charge Officer Solomon Simmons, saying he acted in justifiable self defense and defense of others when he shot Lynch.

Police say Simmons saw Lynch raising a gun early on the morning of March 26, the same night several other shootings occurred in the area.

Virginia Beach NAACP president Karen Hills Pruden pointed to the fact Lynch owned the gun he was carrying legally, and was in an environment where he may have felt the need to protect himself.

"I'm outraged because justifiable, the self-defense of oneself and others is not just the police officer's right. It is the right of all citizens of the state of Virginia," Hills Pruden said.

Lynch's family and friends were joined by several elected officials, including state Del. Kelly Convirs-Fowler and Virginia Beach City Council members Aaron Rouse and Saabrina Wooten, who all called for greater accountability and transparency from the city and police.

"We cannot heal what we will not reveal," Rouse said.

Simmons did not have his body camera on at the time of the shooting. He’s currently on administrative duty, meaning he's not currently patroling.

The city’s new citizen review board will look at the case after the police department investigates whether Simmons followed city policy.

Lynch’s family initially called on the federal Department of Justice to investigate his killing. Virginia Beach police turned the case over to the Virginia State Police.

The family filed a $50 million wrongful death lawsuit against Simmons and the city in July, which is still pending.

Lynch’s cousin Pharrell Williams, the superstar musician and Virginia Beach native, has criticized the city’s handling of the case.

He cited unspecified “toxic energy” as the reason he pulled his Something in the Water festival from the city. Fans said that was obvious code for pervasive racism in Virginia Beach.

When city leaders reached out to try to woo him back, Williams responded, “I wish the same energy I’ve felt from Virginia Beach leadership upon losing the festival would have been similarly channeled following the loss of my relative’s life.”