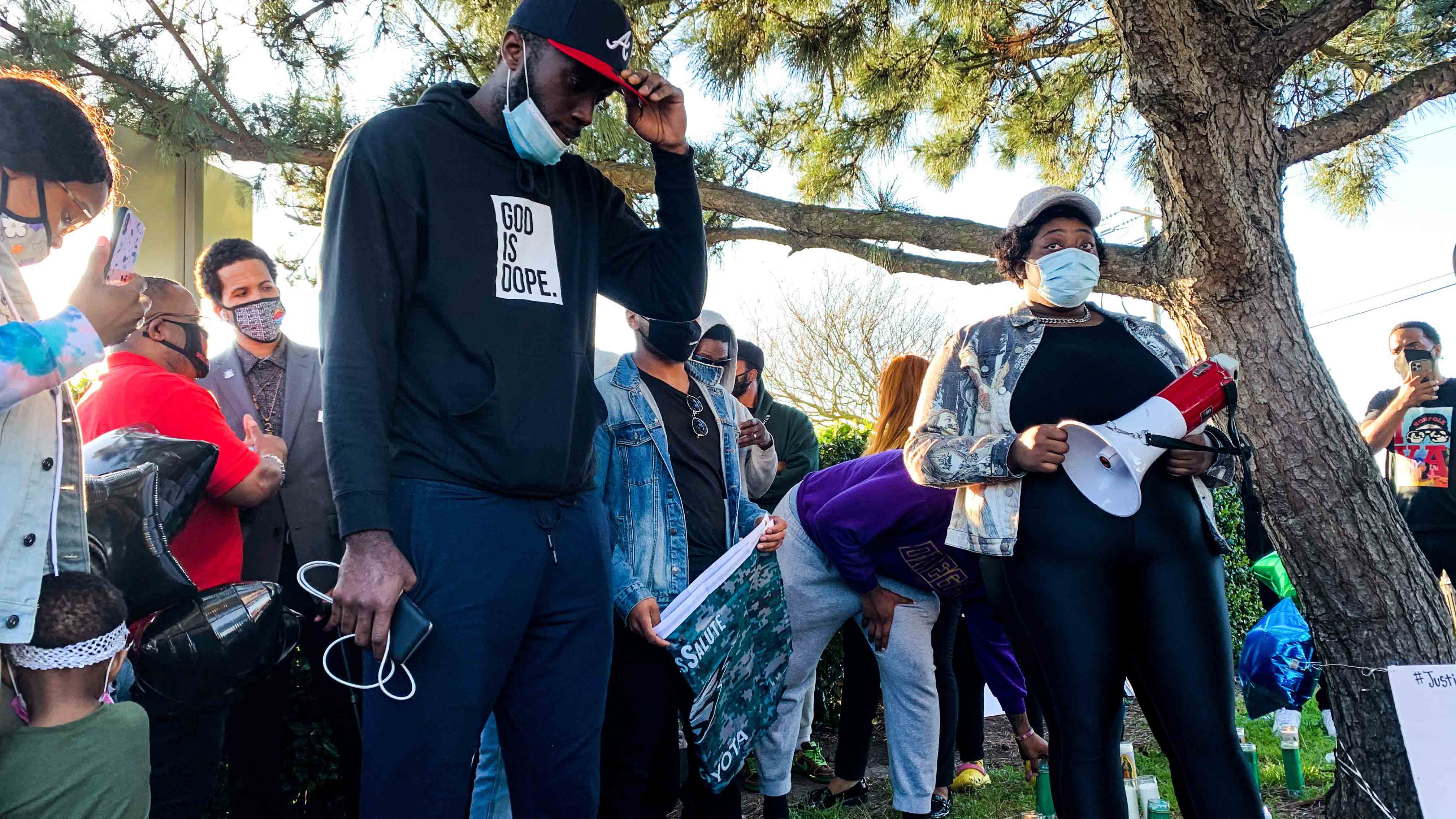 Virginia Beach now says that Donovan Lynch, who was fatally shot by a police officer at the Oceanfront in March, was pointing a gun at the officer.

The allegation comes in response to a $50 million wrongful death lawsuit filed by Lynch’s father against the city and the officer, Solomon D. Simmons.

Filed in June, the suit contends that Simmons shot his son without warning and failed to provide potentially life-saving aid once he had shot him.

Both Lynch and Simmons are Black.

In a federal court filing dated July 21, the City now contends Lynch was pointing the gun directly at the officer.

According to the documents, Simmons heard what sounded like a round being chambered in a handgun. When he turned to the sound, the filing says he saw Lynch crouched behind a shrub.

Simmons said in the filing that he called out, which prompted Lynch to stand up from behind the shrubbery and point the gun at him.

That’s when Simmons said he fired at Lynch, striking him twice.

A witness and friend of Lynch’s told the Virginian-Pilot in June that Lynch was walking and did not have his gun out, and that Simmons fired on Lynch without warning.

In the aftermath of the shooting, Virginia Beach Police went back and forth about whether Lynch was armed in the days following the shooting, with Chief Paul Neudigate initially saying he was armed. He walked that back a day later, saying there was no evidence the gun found near Lynch was his.

Two days after that, Neudigate said the officer told investigators Lynch was “brandishing” a firearm.

Simmons also admitted through the filing that he did not activate his body camera. Neudigate has said publicly that the officer’s body camera was not on and no other video of the incident seems to exist.