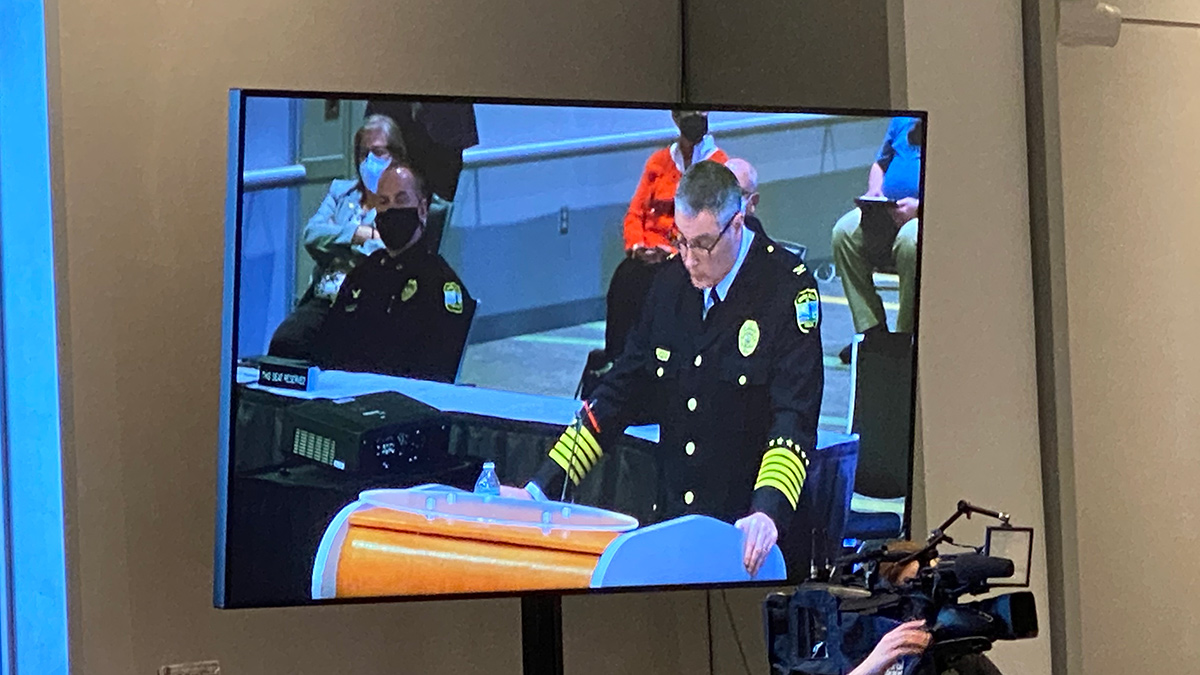 By Sam Turken and Hannah Schuster

Virginia Beach police have asked the State Police to take over an investigation of the officer who fatally shot a 25-year-old man at the Oceanfront last week.

The officer shot Donovon Lynch, who is Black, as police responded to shootings in the area Friday night.

“The Lynch family and the involved officer each deserve a comprehensive and thorough investigation into this incident, and we appreciate the public’s patience as we pursue every facet of it,” Police Chief Paul Neudigate said in a press release.

Virginia Beach Police haven’t provided a clear explanation of the events that led to Lynch’s death. Neudigate initially claimed Lynch was armed, before walking back his comments at a Saturday press conference and stating there was no evidence a gun found nearby belonged to Lynch.

Neudigate changed his statement yet again on Monday, saying the officer told investigators Lynch was “brandishing” a firearm.

Complicating this investigation, police say the officer’s body camera did not record the encounter with Lynch. They haven’t concluded why the camera was not activated.

Body-worn cameras are not constantly activated, Neudigate said, citing concerns about battery life and privacy. Officers are supposed to turn on their body cameras when they arrive at a scene.

Neutigate said there were no city-operated cameras that captured the shooting but investigators are still searching for private cameras that may have picked up relevant footage.

The officer is a five-year veteran of the department assigned to the special operations division. He’s been placed on administrative duty in line with departmental policy as the investigation continues.

The shooting has led to calls from lawmakers and activists demanding greater transparency from Virginia Beach Police. On Monday, Virginia Beach native Pharrell Williams identified Lynch as a cousin and said his family deserves honesty and justice.

“I think we all want answers, and we’d like to know why the camera wasn’t activated, whether it was user error or technology error,” Norfolk Del. Jay Jones added Monday.

He said the lack of body camera footage will “make it much more difficult for us to find out the truth and get to the root of the matter as to how this all happened.” Jones, who is running for attorney general, called on the AG's office to investigate the case.

Neudigate said he’s trying to be as transparent as possible about the shooting without tainting the investigation and any potential prosecution. He said he will meet with State Police Tuesday afternoon as they take over the investigative process.

“The PD, myself, heard the community’s calls for an outside agency to conduct this investigation,” Neudigate told council members. “We agree it’s time to turn it over. So yesterday afternoon, I contacted Virginia State Police and asked them to assume this investigation.”

The Commonwealth’s Attorney’s office will also investigate the shooting and make a “legal determination” about the officer’s conduct, Neudigate said.

Police responded to reports of a shooting at the Oceanfront after 11 p.m. Friday. A group of people started fighting and began shooting at each other, resulting in eight injuries, police said.

Neudigate said police have made three arrests in connection with the first shooting and recovered 14 guns at the scene.