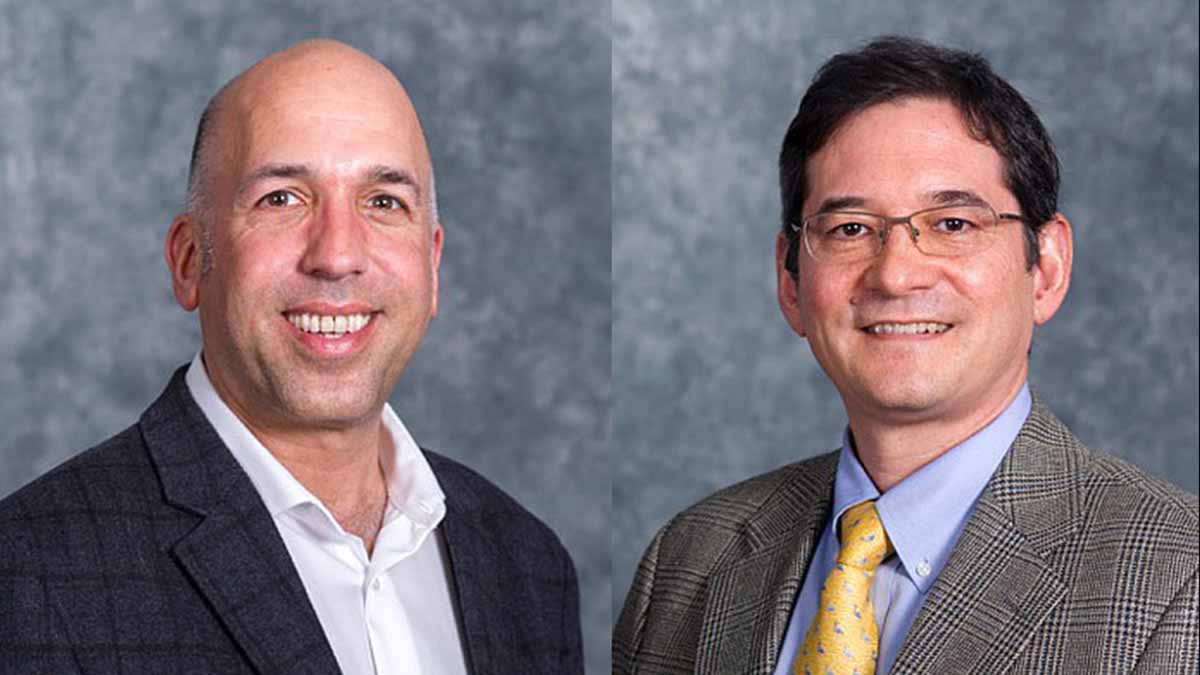 Photos courtesy ReAlta. Neel Krishna (left) and Kenji Cunnion of ReAlta have been researching the PIC-1 molecule for 15 years. It may help COVID-19 patients.

Health officials are eager for the development of a vaccine to protect against the coronavirus — but that could take years. Meanwhile, medications to treat the infection are also being developed.

Viruses are tricky, and many of these drugs don’t attack the virus head-on. One serious complication in patients with COVID-19 is lung inflammation that causes a life-threatening drop in oxygen levels. But the coronavirus isn’t the precise reason for that. Research scientist Neel Krishna says it’s caused by the human immune system’s response to the virus.

Krishna says the immune system is a double-edged sword.

“If you didn't have an immune system, you'd probably perish within a day or two,” he said. “But the thing about it is, your immune system can also kill you in its response.”

There are a variety of diseases and conditions that are caused by this storm — from rheumatoid arthritis to lupus to ABO blood incompatibility.

When hyper-inflammation occurs in the lungs, the result is acute lung injury. As breathing becomes difficult, oxygen levels drop throughout the body and the patient requires a ventilator to stay alive.

Krishna has been researching the immune response behind the cytokine storm for 15 years. It started in 2005 when he serendipitously came across a molecule that inhibits an ancient part of the immune system.

He was conducting research at EVMS, and he told his colleague, Dr. Kenji Cunnion, about what he found. Cunnion is an infectious disease pediatrician and investigates inflammation and innate immunity. They worked together to isolate the molecule, called Peptide Inhibitor of Complement C1, or PIC-1. 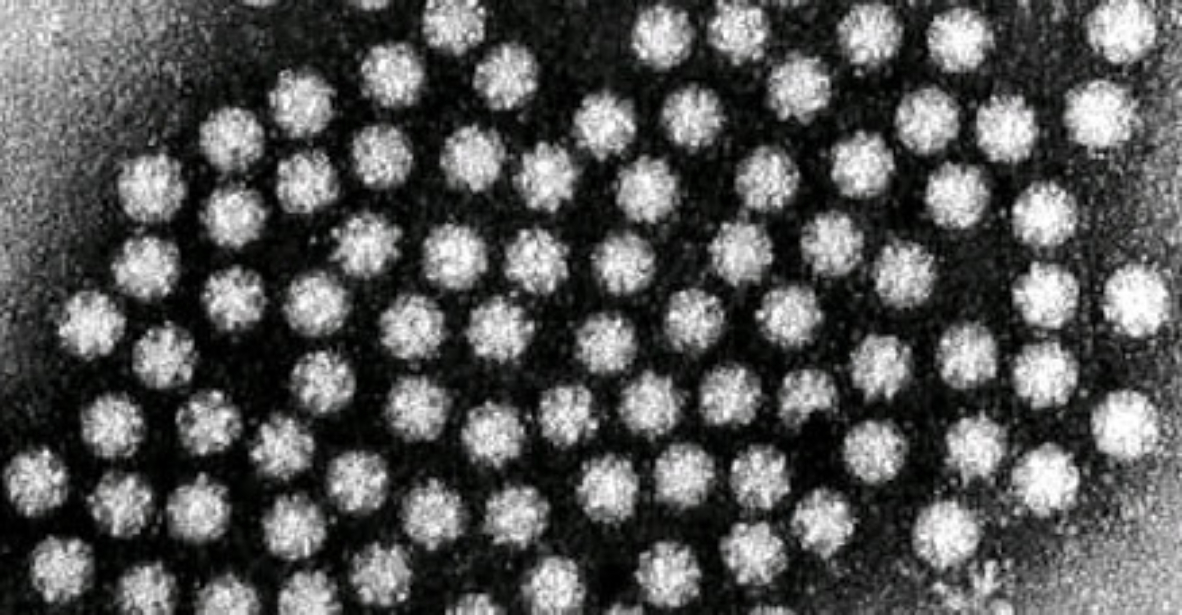 Photo from Wikipedia. Neel Krishna ran across PIC-1 when he was researching the human astrovirus, a star-shaped virus that causes gastroenteritis in children.

Through further research, Krishna and Cunnion realized that inhibiting the immune system with PIC-1 could treat "blue baby" syndrome, a condition caused by a cytokine storm in newborns. With this condition, newborns have difficulty breathing and their oxygen levels drop.

But early this year, as a result of the coronavirus pandemic, they started researching how PIC-1 could treat the cytokine storm and acute lung injury in severe cases of COVID-19. Krishna said that the molecule ideally could save patients from needing ventilators.

This potential treatment won’t cure COVID-19, but if it works, it could save the lives of seriously ill patients.

Viruses in the “Tapestry of Life”

Professor Kurt Williamson uses a bag of dried beans to begin his discussion of viruses with students at the College of William & Mary. He asks students, “Are these beans alive?”

Williamson, an eco-virologist, says viruses don’t have the qualities associated with life — they don’t have their own energy, and they can’t make their own protein. Yet, like a bean, if they are put in the right conditions, they begin reproducing like a life form.

The condition viruses require is a host, a living cell wherein “like magic, this program is going to be run that was just sitting there waiting,” Williamson said. Like a bean planted in the ground. 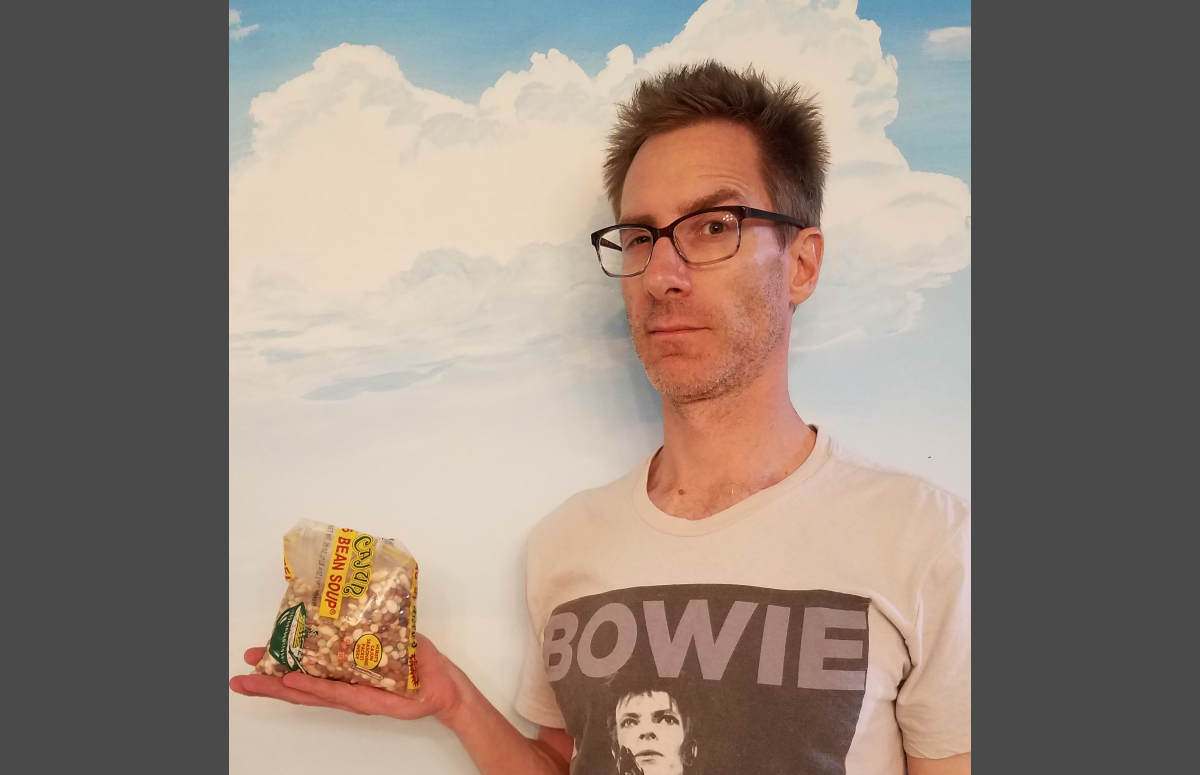 Photo courtesy of Kurt Williamson. Williamson, an eco-virologist and William & Mary professor, uses beans as a metaphor for viruses.

He says what makes a virus successful and long-lasting is its ability to continue infecting new hosts under the radar. “It has hallmarks of a successful one in that you have asymptomatic infections,” he said regarding the novel coronavirus. Whereas we tend to avoid others who are obviously sick, we don’t avoid those who unknowingly carry the virus while appearing healthy, thus continuing the spread.

Williamson studies viruses in nature, and while he recognizes the suffering they cause, he says our planet wouldn’t have its diverse biosphere without them. “Viruses are part and parcel of the planetary ecology,” he said. “They’re woven with this tapestry of life…they can’t be separated from the living world.”

Viruses infect every kingdom of life, from bacteria to plants to animals. However, most viruses live in harmony with their host and do not cause disease.

Neel Krishna says viruses have even contributed to our own human DNA. It is believed that up to 8% of the human genome is derived from viral DNA.

The human world is disrupted right now by a virus, and many people are suffering. Yet, viruses have something practical to offer human beings. The PIC-1 molecule that may treat complications caused by the coronavirus — Krishna discovered it within a totally different virus -- the human astrovirus -- while researching at EVMS.

The name of the biotech company, ReAlta, means “star” in Gaelic, a nod to the shape of the astrovirus that contains PIC-1.

“Mother Nature created it, and we improved upon it,” Krishna said. “So that's the case where studying these esoteric viruses is so important, because they can harbor all these interesting proteins that could really be utilized as drug molecules.”