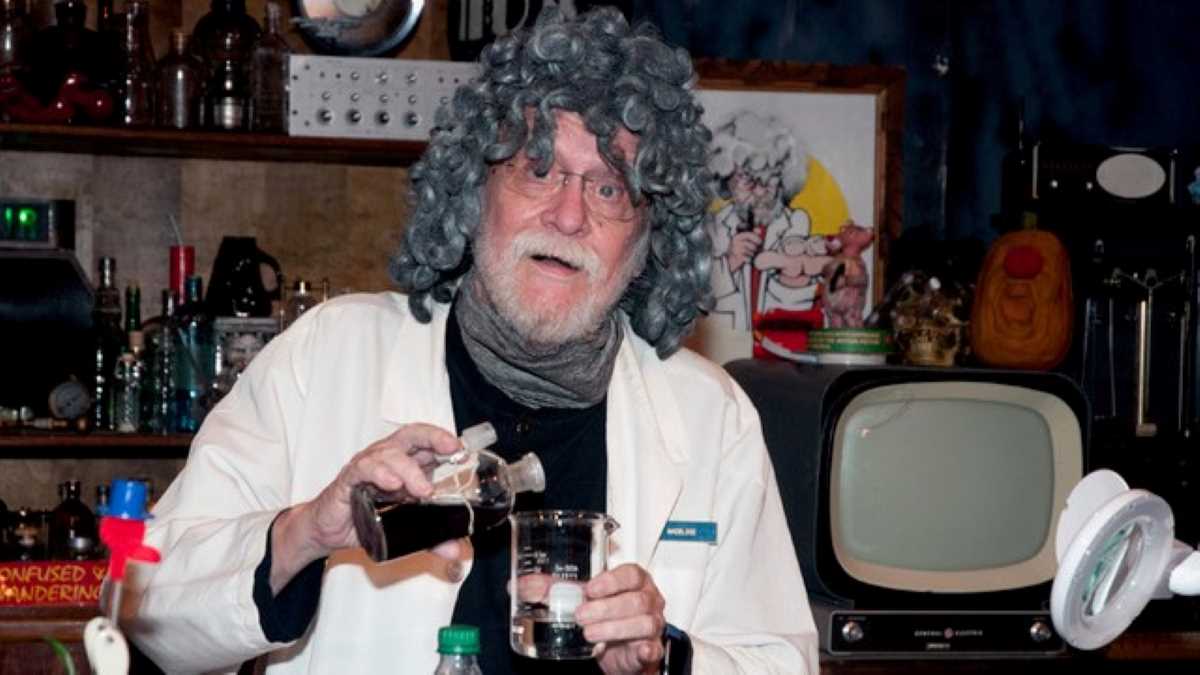 On Saturday night October 30, at 10:00 p.m., WHRO Public Media and WHRO.org will present the 46th anniversary special of Doctor Madblood. The film for this year’s program is the 1959 Roger Corman classic clunker The Wasp Woman which tells the story of an ambitious businesswoman who has developed a special serum which when injected in older women, makes them grow younger.

Jerry Harrell, the creator and executive producer of the Madblood program reported: “Everyone felt it was most important to give viewers a reason to giggle and laugh at the world we are all living in now. That is why many of the doctor’s longtime sidekicks show up wanting to know what is going on and offering their own thoughts on this special situation.”

Count Lacudra and Dusty the Cropduster (Mike Arlo) Widow Paine (Susie Berry) Velma Von Basketcase (Susie Passanisi) and of course Brain (Craig T. Adams) all come into the lab to obtain the Doctor’s wacky wisdom and present their own advice. At the same time, the doctor’s monsters escape into the movie to feel safe.

Watch this year's show on WHRO TV 15, through our TV 15 livestream or on whro.org/madblood.