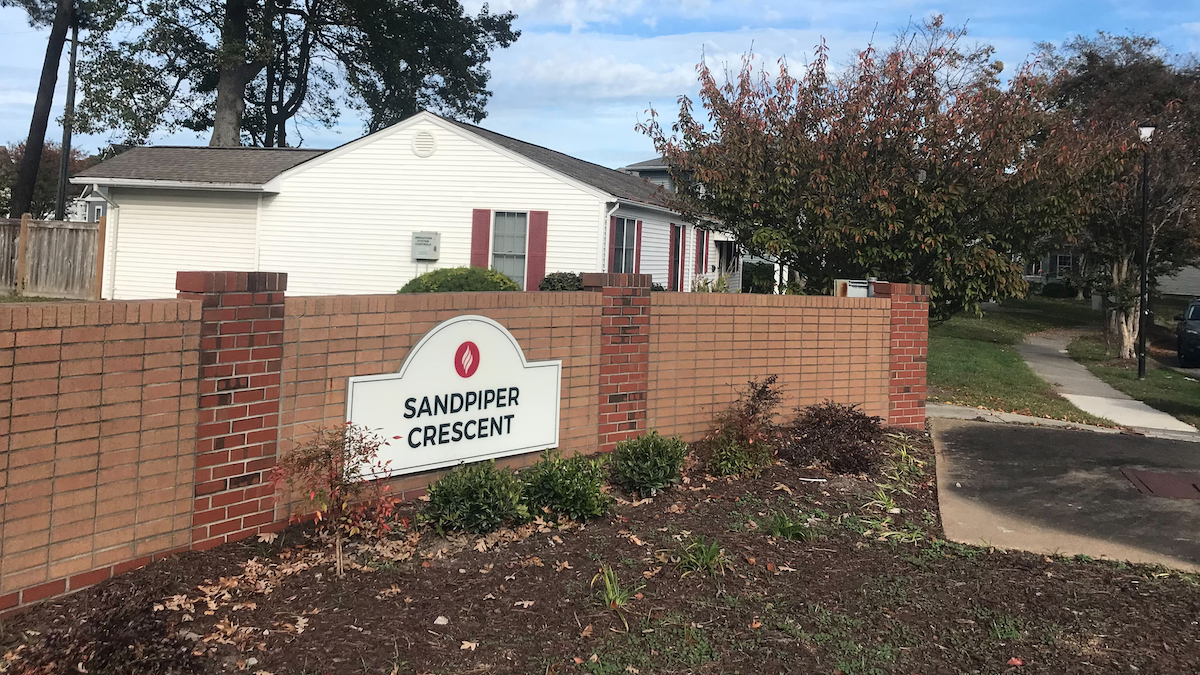 How the military impacts the Hampton Roads housing market

The Basic Allowance for Housing, or BAH, is funding the government gives military families meant to offset most of a service member’s housing costs.

“It's designed to… give them the flexibility to find housing, [and] to make sure that the housing allowance is commensurate with the market, ” said Shannon Razsadin, president of the Military Family Advisory Network

The federal government sets the rates based on rental housing costs in the area, the service member’s pay grade and whether they have dependents.

There are several different types of BAH, including a partial allowance for people who live on bases and a special one to pay for part of a service member’s child support.

How officials calculate the housing allowance

A private contractor collects data for more than 300 areas across the country each year in spring and summer, when the housing market heats up. Hampton Roads is included in the data collection.

The contractor looks at rent for differently sized apartments, townhouses, duplexes and single-family homes. They also sample neighborhoods with income levels similar to people in the military to see what kind of housing the allowance would cover in a region.

The government assigns each military pay grade a housing size and adds extra space if the person has dependents.

An E-4 without dependents, for example, qualifies for a one-bedroom apartment.

A lieutenant colonel with dependents qualifies for a four-bedroom house.

There are more pay grades than house sizes, so the defense department uses a  formula to calculate the allowances for ranks that fall between the categories.

Does the BAH keep up with real-world costs?

U.S. Defense Secretary Lloyd Austin admitted that it doesn’t, recently identifying 28 areas of the country where the BAH falls more than 20% short of housing costs. Hampton Roads is not one of the areas.

About 100,000 service members live in those areas and they are getting an off-schedule allowance increase this month.

But some service members in Hampton Roads still struggle to find housing that fits within their allowance.

Pamela Ibanez is a local Realtor and regularly sees military personnel moving to Virginia Beach and paying hundreds of dollars over their housing allowance for a home.

A WHRO analysis showed median rent for a four-bedroom apartment or house in Hampton Roads is $2,419.

“People are struggling in the Hampton Roads area,” Razsadin said.

Christine O’Shields, the wife of a guardsman, said her husband commutes from Gloucester to base in Portsmouth.

She added some people at her husband’s rank – E7 – cannibalize their retirement plan to make ends meet.

BAH rates don’t just respond to prices; they drive them as well.

A 2022 report by Old Dominion University said, “(Due) to the number of military personnel that cycle through the region every few years, it is common for landlords to base their rent on the BAH for a particular rank.”

Ibanez said when prices are wildly high, the housing allowance doesn’t play a major role in driving the market. When it drops, it can limit how low prices will go, with sellers and landlords setting the low end of costs at how much the military gives people.

According to a WHRO data analysis of rental prices in Virginia, the average rent for a two-bedroom home in Hampton Roads in 2023 will be about $1,420.

The minimum housing allowance in Hampton Roads is currently $1,434.