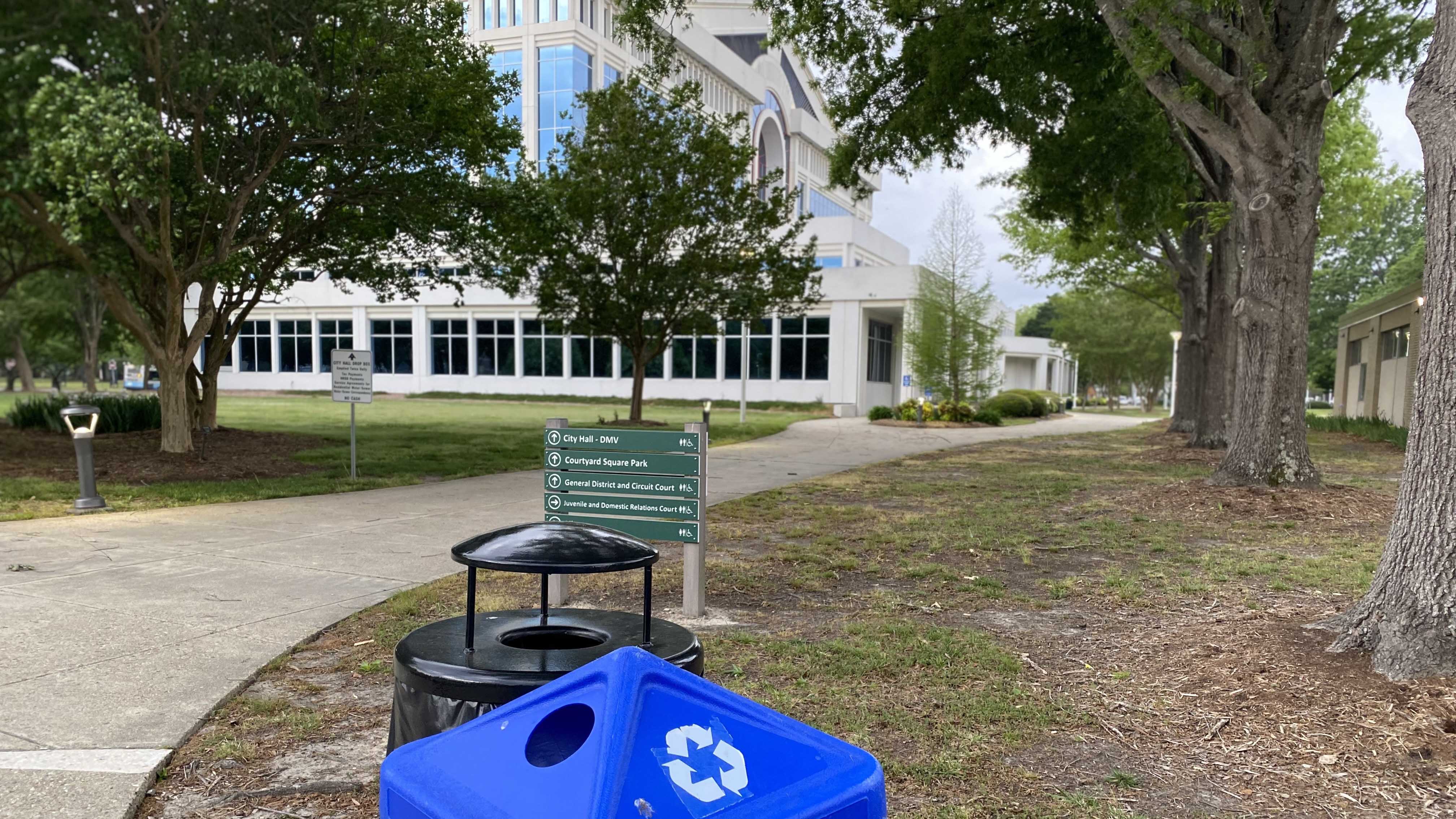 Photo by Katherine Hafner. A recycling bin sits in front of Chesapeake City Hall in April 2022. The council has voted to end the curbside recycling program after June 30.

It's budget season in Hampton Roads.

Last week was the culmination of months of discussion and planning by city staff and elected officials around the region. Governing boards- like city councils - voted to approve their locality's budget for the fiscal year starting in July.

There were some trends in Hampton Roads, including raises for city employees and relief for residents on taxes paid on the skyrocketing value of homes and cars.

Here's a roundup of the most important points from the seven cities:

Correction: This article previously included incorrect information about Virginia Beach's tax rates. The article has been changed to reflect that tax rates will remain the same under the upcoming budget.