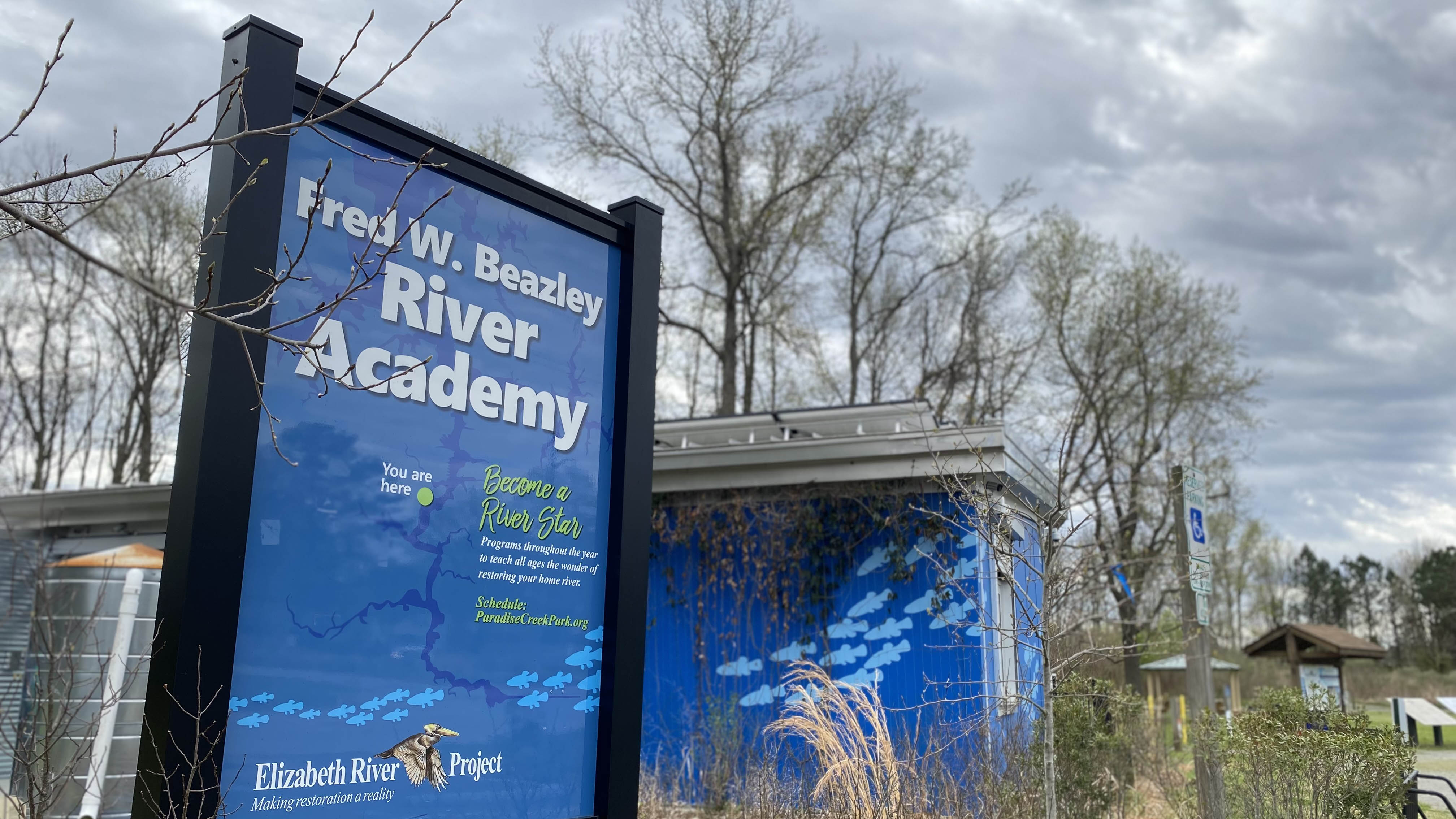 Photo by Katherine Hafner. The River Academy at Paradise Creek Nature Park in Portsmouth. The Elizabeth River Project is now working to expand the academy after large demand within just a few years of its 2018 launch.

The sounds of wildlife and urban living collide on any given day at Paradise Creek Nature Park in Portsmouth.

Traffic from the nearby Jordan Bridge and industrial work at surrounding sites provide a constant hum in the background, even as one can find respite among the birds and trees.

The roughly 40 acres that now comprise the park weren’t much more than a stretch of gravel a couple decades ago.

For years the space was a dumping ground for the Norfolk Naval Shipyard and other industry. The wetlands that originally filled much of the area were long gone.

But the Elizabeth River Project stepped in to transform the land. After working with the naval shipyard to clean up the creek in the early 2000s, the nonprofit partnered with the city to open the park along Victory Boulevard in 2012.

It includes a series of trails, forest, a kayak launch, a playground and the largest restored wetlands in the region. 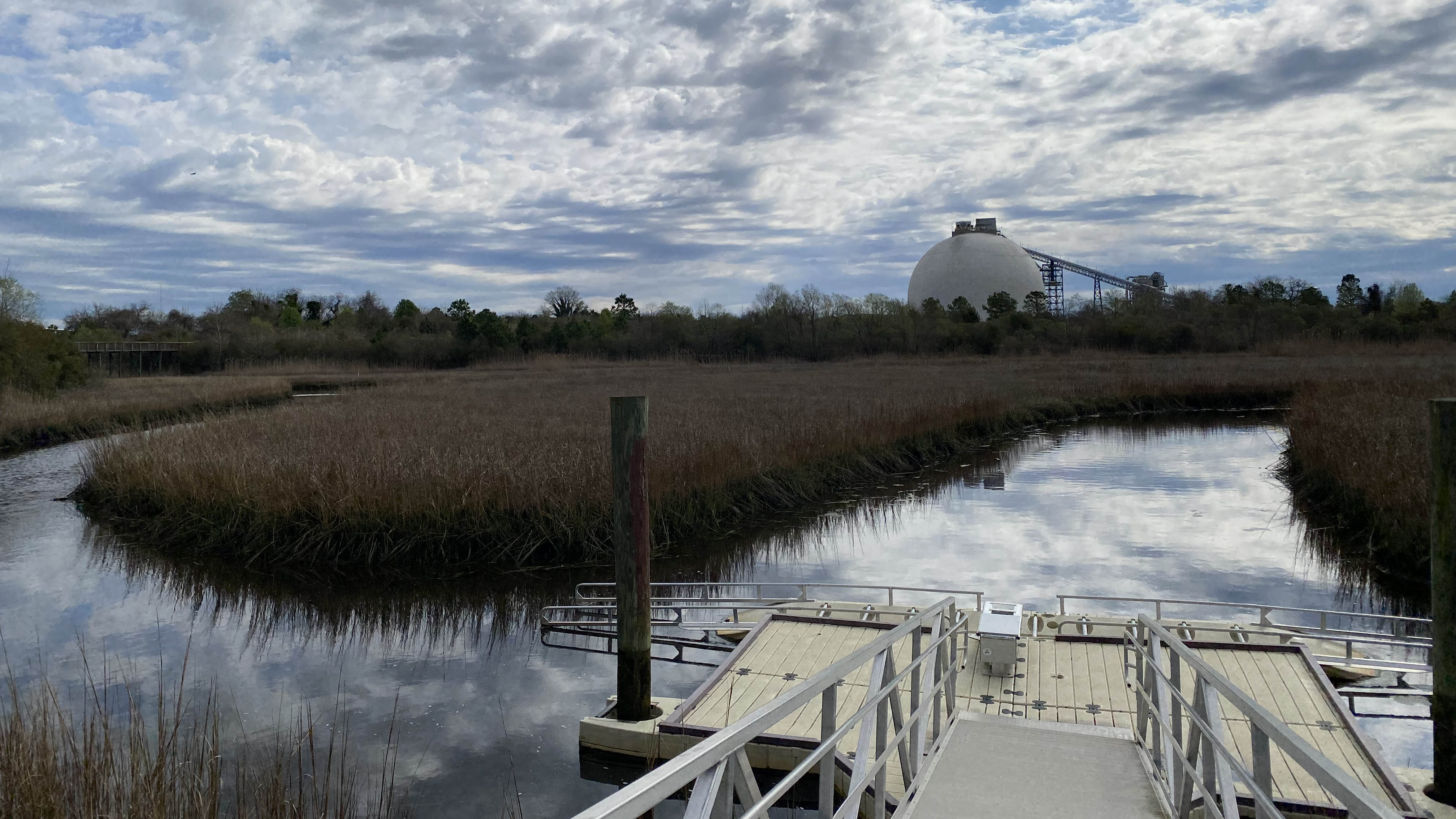 Photo by Katherine Hafner. A view of the kayak launch and restored wetlands part of Paradise Creek Nature Park in Portsmouth.

In 2018, the nonprofit added a small blue building at the park’s entrance called the Fred W. Beazley River Academy.

It’s a classroom where students from Portsmouth and other local school systems and programs come to learn about the environment and do hands-on outdoor projects. That includes helping pull out invasive plant species and plant native ones, for example.

“Immediately the interest was much higher than we could handle,” she said.

During the pandemic especially, people were looking for ways for children to get outdoors in a constructive way.

Popular programs include a youth conservation program for teenagers, a forest school for early elementary students and others that teach about landscaping, local waterways and more.

The nonprofit this week broke ground on a major expansion of the River Academy, which will include a second building and outdoor pavilion.

It’s all meant to be a living classroom, Jackson said.

“Engaging a big urban area and bringing back what has been one of the most polluted rivers in the world really does take quite a grassroots army,” she said. “We think of the River Academy as where you learn how to do it.”

Many children who come to Paradise Creek haven’t had much exposure to nature, said the park’s operation manager, Larry LaPell.

It’s also good to teach students early on about the Elizabeth River so they can be its future caretakers, he said.

“We get the people out here to understand that this is their river and their actions affect the river.” 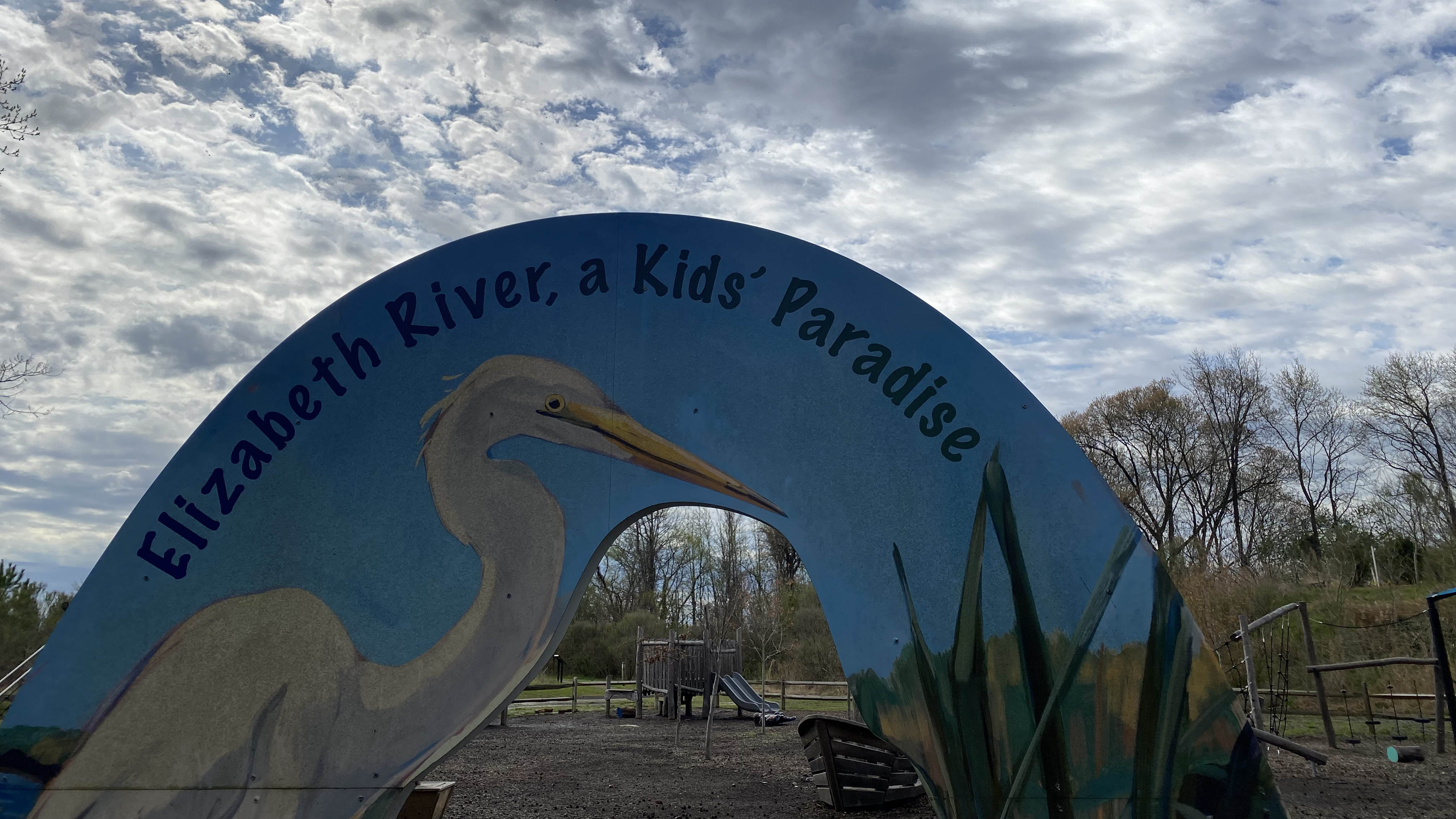 Photo by Katherine Hafner. The playground at Paradise Creek Nature Park in Portsmouth.

At a groundbreaking ceremony Tuesday, Samyra Robinson, a former youth conservation intern at the park, said being at Paradise Creek changed her perspective.

“It made me open my eyes to so many things about learning about my environment and how to be a help to my community,” she said.

Members of the Nansemond Indian Nation also led a ceremonial blessing of the site.

“We’ve been assembled here for a few minutes. Have you noticed a difference in your mood?” he asked the audience, gesturing to children playing at the park’s playground. “I closed my eyes for a second and all I could hear were birds chirping and young people. That’s a good thing.”

Check out this story to learn more about an effort to clean up nearby historical pollution of Paradise Creek.