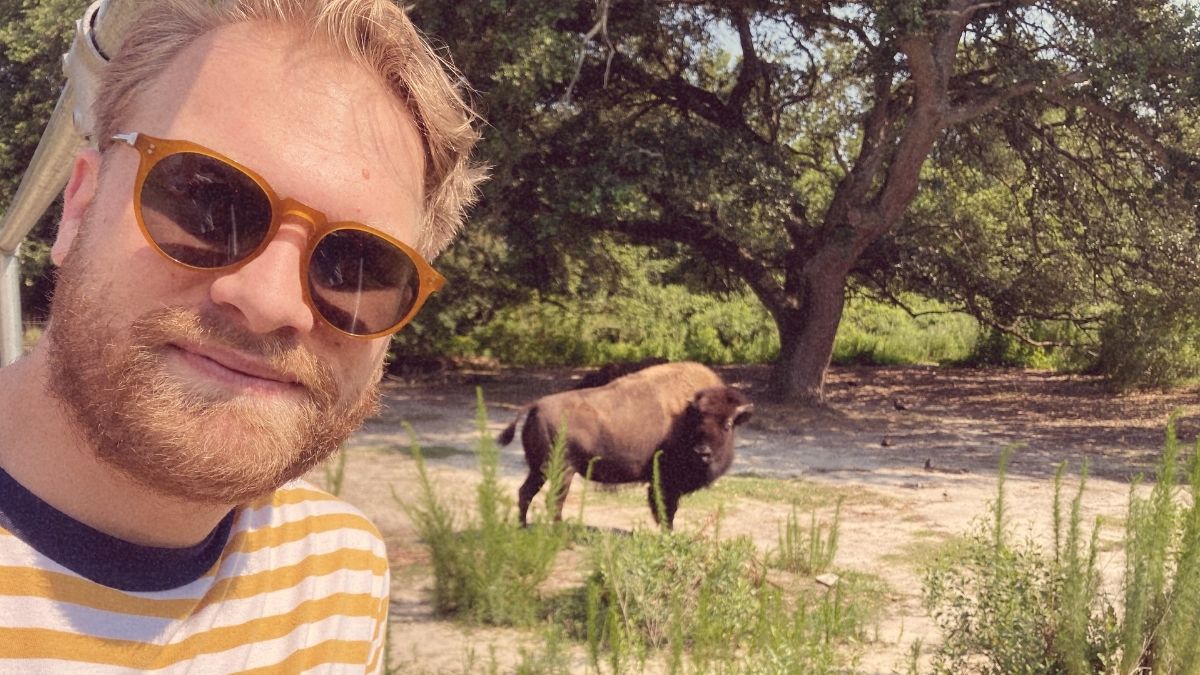 A Different Bison Takes Center Stage At The Virginia Zoo

Ben Hardesty has always been fascinated with bison. After all, he did name his band after the national mammal of the U.S.

And earlier this week, Hardesty got to meet the Virginia Zoo's 23-year-old American bison, Lily.

“To be that close to one, an animal that means so much to me...it was really special,” he said.

This will be The Last Bison's, and the zoo's, first concert since 2019.  The band will debut some new material, including the song "Stronger."

It's an upbeat ode to the pandemic and how "things are looking up" as restrictions are lifted and life slowly returns to normal.

"This song was just birthed out of all those sentiments," Hardesty said. "Just kind of a collective, 'Let's work together to be better and stronger than we've been and were before.'"

Attendance at the Virginia Zoo has also been stronger after a down year.

All of the exhibits are back open, and they currently allow up to 700 guests per hour. Guests have to make reservations ahead of time.

"Which we’ve actually found is really good for the zoo," said Ashley Mars, Communications Director for the zoo. "It gives a better visitor experience.”

Mars said they canceled a lot of their summer events out of caution when they weren't sure what to expect. Instead, they're staying open late every other Friday night till 8 p.m.

"The animals do act a little different after hours," she said. "It's just a different experience than you might see during the day."

Mars said all of the exhibits will be closed for the performance.

So for one night only, a different bison takes center stage at the zoo.

A note of transparency: WHRO Public Media is a sponsor of the LAVA Summer of Fun concert series, which includes tonight's concert at the zoo.