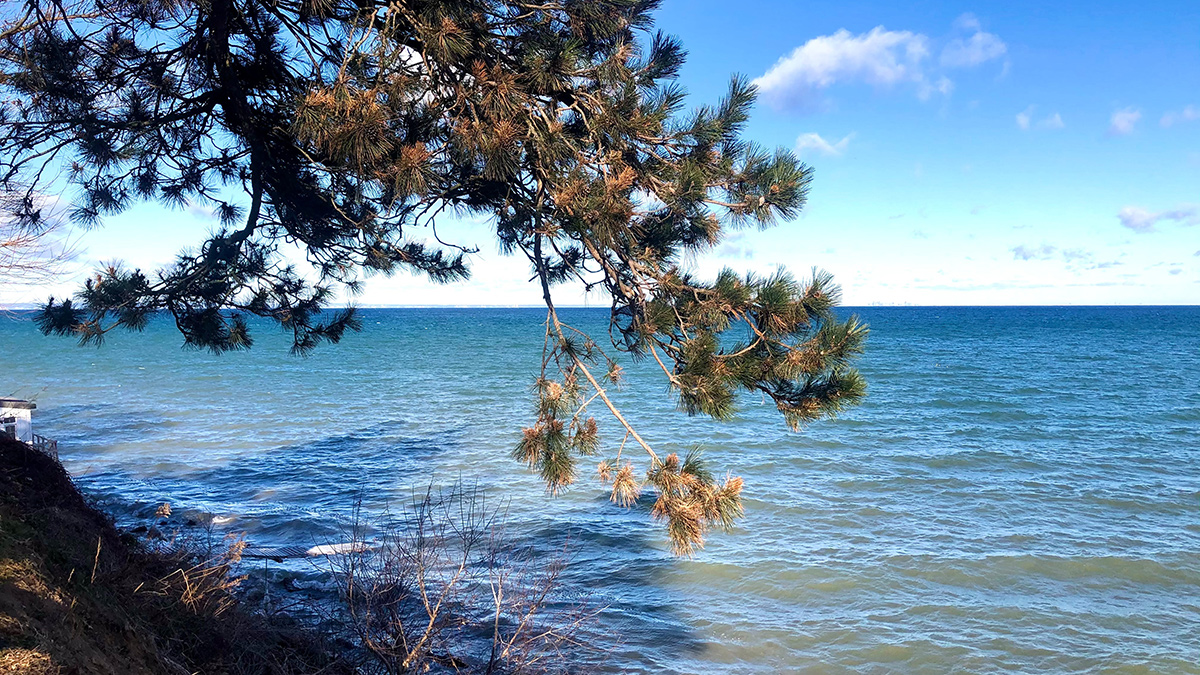 Photo by Bradley Prentice, Unsplash.com. Researchers forecast the Chesapeake Bay's dead zone will be 14% smaller than average this year.

An area of low oxygen in the Chesapeake Bay will be smaller than average this year, scientists say, a sign of progress for pollution reduction efforts around the watershed.

Sea life struggle to survive in the low-oxygen dead zone, which forms when excessive amounts of nitrogen and other nutrients fuel algae blooms in the summer. As the algae die and decompose, they suck up oxygen from the water, suffocating nearby fish.

Researchers forecast the dead zone will be 14% smaller this year because lower than average rainfall this spring resulted in less stormwater runoff into the bay. Scientists also credit efforts to reduce nitrogen pollution into the Chesapeake, the nation’s largest estuary.

“This is an example of a positive trajectory for the bay,” Jeremy Testa, a professor at the University of Maryland Center for Environmental Science, said in a press release. “The amount of nutrients carried to the bay...has lessened over time due to effective nutrient management.”

Reducing nitrogen pollution in the Chesapeake is a key goal as Virginia and other mid-Atlantic states work to clean up the watershed by 2025 as part of the Chesapeake Cleanwater Blueprint.

This year’s dead zone forecast indicates those efforts are having an impact. Researchers say the Chesapeake experienced 19% less nitrogen pollution this spring compared to long-term averages.

Another recent report graded the bay’s overall health in 2020 a C, up from a C minus the year before. The analysis showed lower nitrogen levels and improvements in dissolved oxygen, although scientists attribute that to a decrease in pollution and travel during the coronavirus pandemic.

“Although we have lots of work ahead of us, I am confident that our shared commitments will help ensure that the Chesapeake Bay remains one of America’s great environmental treasures for generations to come,” said U.S. Rep. John Sarbanes of Maryland, co-chair of the Chesapeake Bay Watershed Task Force, in a recent news release.

The promising forecast for the dead zone comes after the area of low-oxygen was smaller in 2020 than in most previous years.

On average, the Chesapeake’s dead zone has covered between 0.7 and 1.6 cubic miles during summer months when waters are warmest and oxygen levels lowest.

The smaller the low-oxygen area, the more habitat for “our iconic bay species, such as crabs, oysters and striped bass,” said Tom Parham, director of the Tidewater Ecosystem Assessment at the Maryland Department of Natural Resources.

Despite the positive prediction for this summer’s dead zone, environmentalists say the fact that parts of the bay still experience significantly low oxygen levels shows the estuary remains unhealthy.

“We are far short of a restored bay,” Prost said.