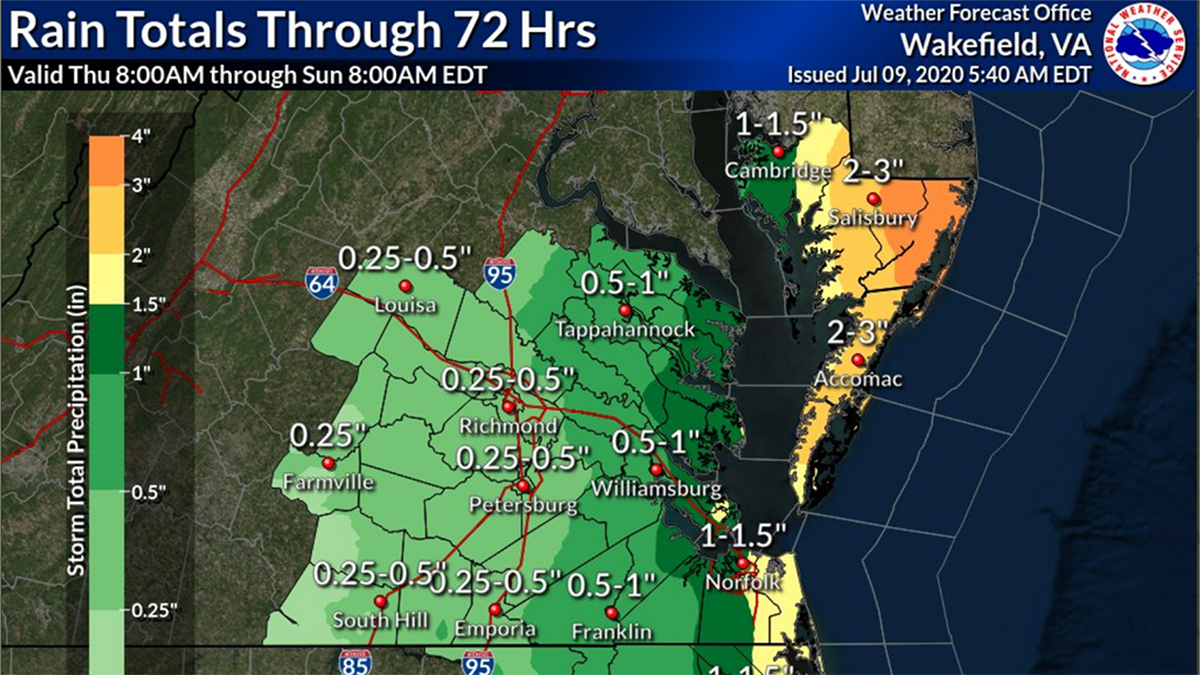 A tropical weather system that may potentially grow into a named storm could bring heavy rain, flooding and gusty winds to Eastern Virginia in the next few days.

As of Thursday morning, an area of low pressure is located about 60 miles off the coast of Wilmington, NC, according to the National Hurricane Center. The system is expected to move northeastward along the Outer Banks Thursday before moving along the mid-Atlantic coast through Friday night.

The National Hurricane Center says there’s an 80% chance of further development thanks to abnormally warm Atlantic waters that are conducive to storm growth. If upgraded, it could become Tropical Storm Fay, the sixth named storm of the 2020 hurricane season.

“Regardless of development, the system is expected to produce locally heavy rainfall that could cause some flash flooding across portions of eastern North Carolina, the coastal mid-Atlantic, and southern New England during the next few days,” the Hurricane Center said.

The National Weather Service in Wakefield says the Eastern Shore should expect up to three inches of rain and could see wind gusts up to 29 mph. Norfolk may receive more than an inch of rain and could experience 30 mph gusts.

If the area of low pressure grows into a named storm, it would be the earliest “F” storm on record, according to multiple weather experts, including Pennsylvania meteorologist Christine Ferreira.

The weather system adds to an already busy 2020 hurricane season, which runs from June 1 to November 30. In May, Hampton Roads experienced heavy rain and wind from Tropical Storm Arthur.