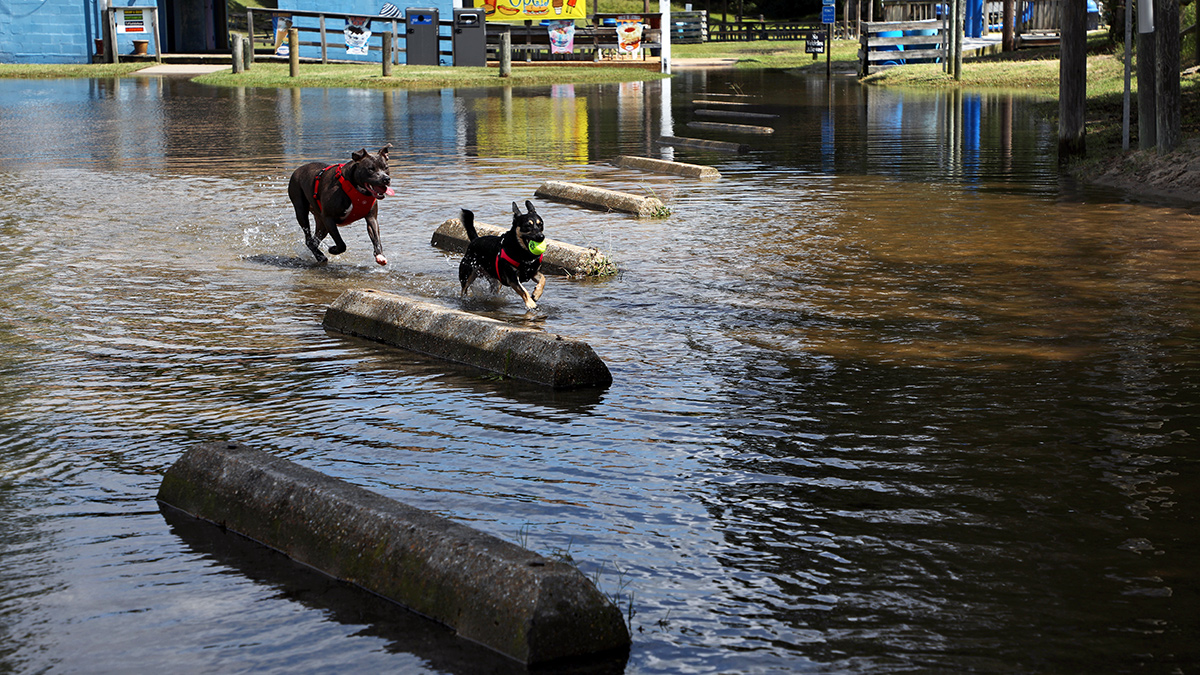 The free Flood Risk Calculator created by the Hampton Roads Planning District Commission asks users for their residential or business address, when the property was built and whether it has a basement or crawlspace among other questions.

It then tells them the flood zone of the property set by the Federal Emergency Management Agency and how much it could cost to purchase flood insurance.

The tool is part of a campaign by the commission to spread awareness about flood risk and the rising seas.

"We know it’s getting worse," said Ben McFarlane, a senior regional planner who specializes in resiliency and coastal zone management for the commission. "The best and most cost-effective way that people can protect themselves is to have flood insurance."

As part of a federal mandate, some Hampton Roads residents must buy flood insurance in order to receive government-backed mortgages. The rule applies to properties across the country that are most at risk of flooding.

McFarlane noted that many homes and businesses are not in the worst flood zones and therefore aren’t required to have flood insurance. But they’re still at risk of flooding disasters amid accelerating sea level rise and above-average hurricane activity across the Atlantic Ocean.

According to the city of Virginia Beach, each year between 25% and 30% of flood insurance claims occur outside special flood hazard areas, which are considered most at risk for flooding.

The Hampton Roads Planning District Commission recommends local cities prepare for at least 1.5 feet of higher sea levels by 2050 and 3 feet by 2080.

The new tool also comes as FEMA calls on Southeast Virginia residents to buy flood insurance in anticipation for a peak hurricane season.

"One of the most important steps homeowners can take during the start of this year’s hurricane season is to buy flood insurance," said David Maurstad, senior executive of the National Flood Insurance Program, in a news release. "With it, you have the peace of mind that comes with knowing you and your home can, and will, recover in the event of an unexpected flood."

McFarlane said one inch of flooding in a typical house can cost upward of $25,000. With flood insurance, home and business owners will have to pay a yearly premium plus a deductible if there’s a claim.

"But then everything else on top of that will be covered," he said. "If you don’t have flood insurance, you’re on your own."

In 2019, the average yearly premium for flood insurance in Virginia was $737 or $61.40 per month. The cost of the rate depends on whether a resident is a renter or property owner and how much coverage they want. McFarlane said the minimum deductible could cost $1,000.

He said the new calculator aims to help people make informed decisions when talking with a flood insurance provider.

"It’s an easy first step to understand the factors that determine the cost of flood insurance before you call an insurance company and select your level of coverage."