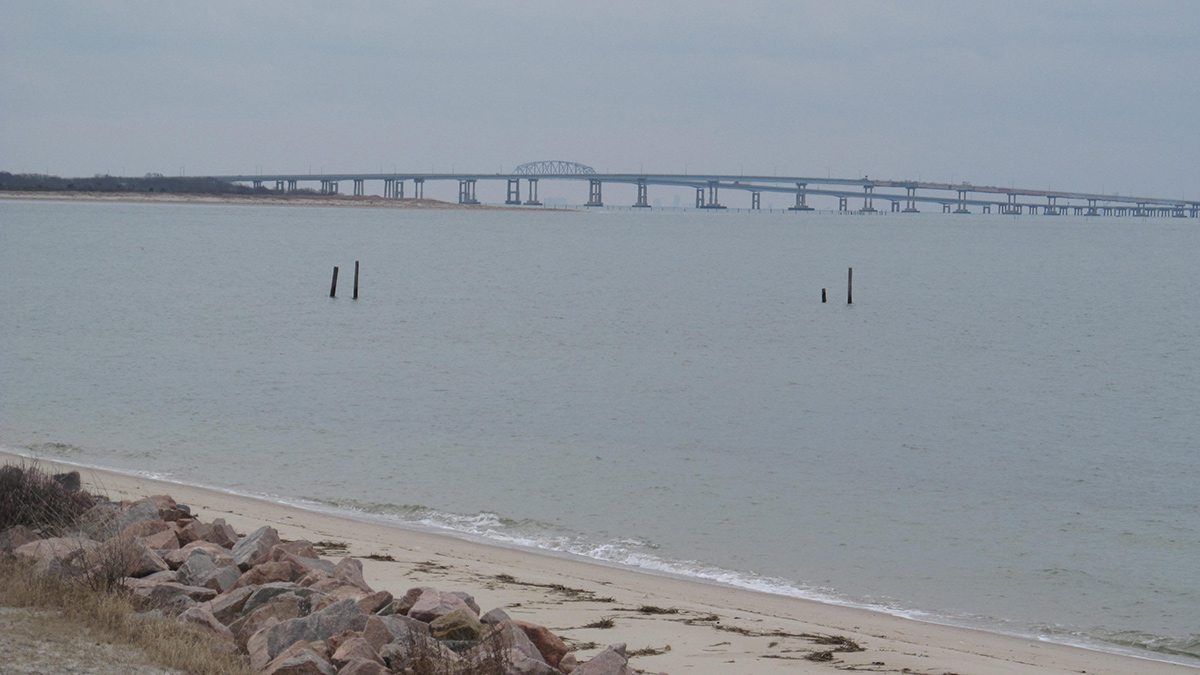 Photo by Doug Kerr/Flikr. VDOT says the new guidelines will affect about 400 bridge projects per year.

The Virginia Department of Transportation is implementing new design standards aimed to make bridges and transportation structures more resistant to the effects of climate change.

VDOT wants bridges to last more than 100 years. The department says the new guidelines will help ensure climate change does not shorten the lifespan of the structures, many of which are in Hampton Roads and Eastern Virginia.

“We don't want to get ourself in a situation after 75 years and find out that the bridge is no longer serviceable,” said VDOT engineer Kendal Walus. “We want to make sure that we’re making the right decisions now in order to benefit everyone in the future.”

Research shows water salinity in some bodies of water could increase as temperatures go up and sea levels rise. Saltier water corrodes steel and other materials that support bridges. In response, the new design standards direct VDOT to use concrete and steel bars that are more resistant to corrosion.

The guidelines also say the department may need to build higher and longer bridges that can withstand rising sea levels and increasing rainfall.

Walus noted that some evacuation routes in Hampton Roads involve bridges. The new standards will help ensure that bridges along the routes remain usable amid a hurricane storm surge.

“It makes no sense to me that we would go back and put a bridge back at the same location same elevation if we know that in the future that bridge is going to be inundated and worthless,” Walus said.

VDOT says the new guidelines will affect nearly 400 bridge projects per year. They’re already involved in the ongoing expansions of the Hampton Roads Bridge-Tunnel and the High Rise Bridge in Chesapeake.

The updates come as Eastern Virginia searches for ways to address the rising seas. The Hampton Roads Planning District Commission says the region should prepare for at least 1.5 feet of sea level rise by 2050 and three feet by 2080.

VDOT’s new guidelines are also further acknowledgement among state officials that the climate is changing and the Commonwealth must take significant steps to respond.

Gov. Ralph Northam has said he wants Virginia to produce 100% of its energy from renewable sources by 2050. And two of his executive orders aiming to improve Virginia’s climate change resilience and floodplain management helped spur the VDOT updates.

“It was a real forward-looking and sophisticated piece of work,” he said. “If it had come out of some university, I would have said, ‘Wow this is cool.’ The fact that it comes out of a state agency that is known mostly for asphalt is to me very stunning.”

Stiles said he hopes other state agencies and initiatives will also start accounting for climate change more directly. The transportation network is the “backbone for the rest of the society,” he said, noting that people build around roads.

“So if VDOT is starting to set a higher standard, that means everybody that’s connecting to the transportation system is going to have to follow suit,” he said.