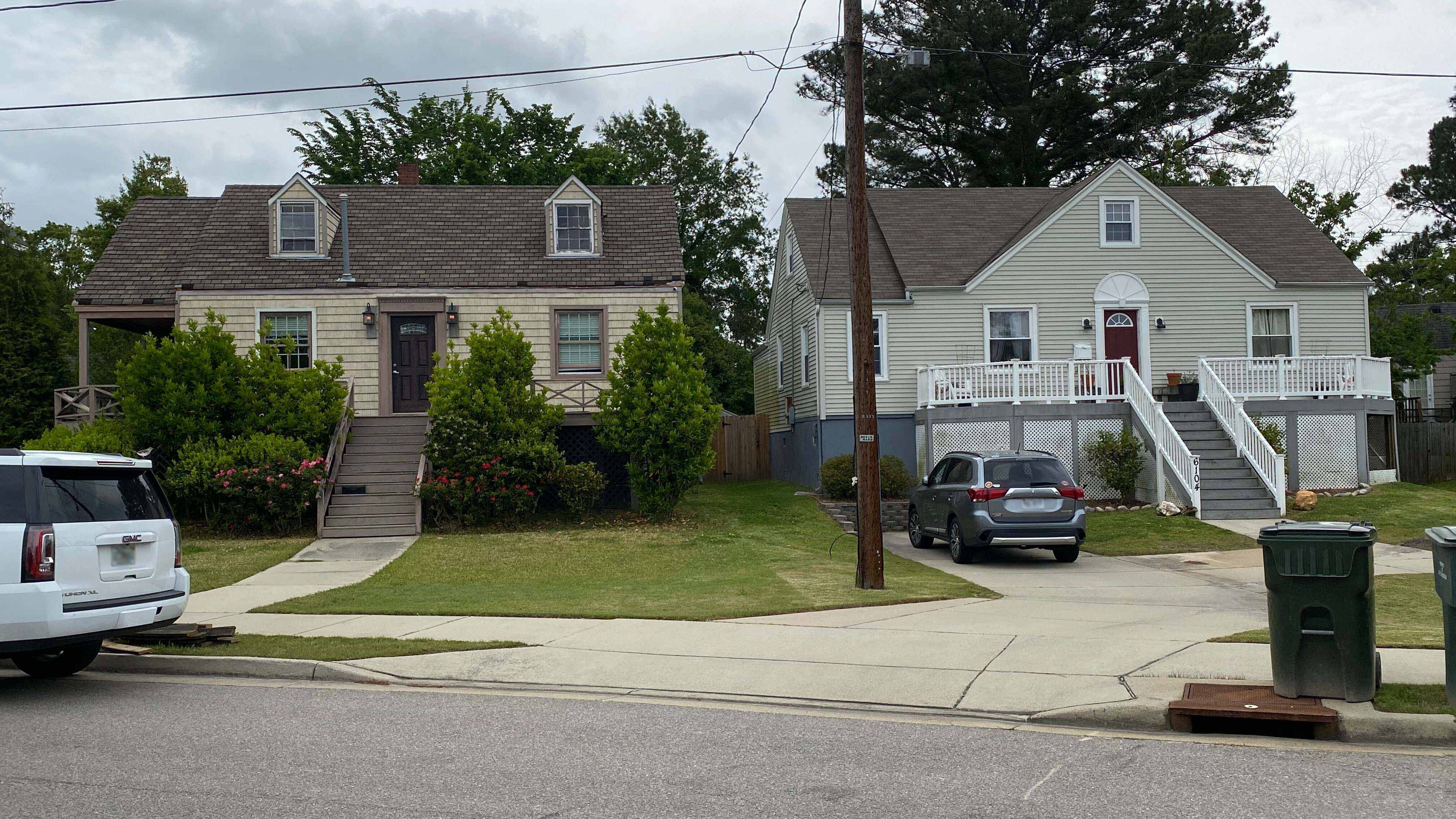 Photo by Sam Turken/WHRO. Home elevation is not a new practice in Norfolk and Virginia Beach. But just a few companies are capable of doing it.

“Welcome to day 4 of the Home Raising Academy. And let’s talk about home elevation. I love this part,” said Roderick Scott, an expert on how to elevate homes, leading the call.

The meeting was one of several remote introductory training sessions over two weeks during which 11 local contractors and other construction specialists learned how to elevate homes. Slides of power tools and heavy machinery scrolled across the screen.

More trainings are planned. The goal is to make home raising a more viable solution to sea level rise and flooding across Hampton Roads.

“This could be a market that could stand to benefit from this,” said John Sargent, CEO of Resilient Enterprise Solutions, which is leading the sessions.

As the coronavirus outbreak upends the economy and still alters many aspects of daily life, sea level rise continues unabated. The Virginia Institute of Marine Science says Hampton Roads could experience at least 1.5 feet of higher water by 2050 and 3 feet by 2080. Local cities are still exploring different methods to respond.

The practice dates back to at least the 19th century, according to the Federal Emergency Management Agency. It became more common in the Gulf states after flooding from Hurricane Katrina and in the Northeast after Hurricane Sandy.

The federal government and states can help pay to raise houses that flood. Residents can also decide to pay themselves. Any home raising can help lower flood insurance bills.

The labor intensive process can cost more than $200,000 and take several months. It involves separating a house from its foundation and elevating it sometimes more than 8 feet using heavy hydraulic jacks. A new higher foundation is then built below it.

Although several homes in Norfolk and Virginia Beach have been elevated, the practice is not easily accessible in Hampton Roads. Sargent said just two companies in the area have the technical capability to raise a home.

He hopes the Home Raising Academy will increase competition in the industry.

“We need to be able to help people tool up to meet the demand for increasing home raises so they’re not all quite as infrequent and expensive as they’ve been in the past,” Sargent said.

The training also is meant to change people’s views about house raising. Sargent said past home elevations have been eyesores and could have been done better. He pointed to one raised house in Norfolk as an example.

The home has one story and is made of red brick. But the elevated portion consists of grey cement blocks.

“It looks like it’s sitting in a cement block highchair,” Sargent said, adding that the elevated foundation should match the rest of the house.“We said in our training, ‘You should be leaving the neighborhood better than what you found.’”

Resilient Enterprise Solutions’ idea for a house raising academy was one of six winners of a 2018 challenge asking businesses to develop innovative ways to address sea level rise. The Norfolk-based nonprofit RISE, which focuses on finding solutions to the rising seas, created the challenge and has funded the home elevation trainings with just over $250,000.

Sargent’s team recruited contractors and construction company leaders it thought would be interested in home raising. The academy was originally supposed to be in-person but moved to Zoom because of the COVID-19 pandemic.

Sargent said the video conference setting does not hamper the training. Much of it is about the financing and rules involving home raising. The participants also would still have to witness an actual home elevation project, even if the the academy was in-person.

Resilient Enterprise Solutions is planning additional trainings with different groups of contractors in the next few months.

Participants in the April training said the idea of raising a home off the ground attracted them to the academy.

“It just sounds so insane to think of a house coming off the ground. Probably gets your blood pumping the first time you do that,” said Colson Collier, who runs a Virginia Beach carpentry business.

He hopes to raise a home in the next few years once he learns more about the process. He likes “pretty homes that aren’t getting flooded.” Preserving one from flooding with an elevation sounds proactive, he said.

But resilience experts say elevating homes is not a panacea to the rising seas and flooding from storms. Skip Stiles, executive director of Wetlands Watch — a Norfolk non-profit working to address sea level rise — called it an interim solution.

He said many lower-lying homes will not survive three feet of sea level rise by 2080, no matter how high they’re raised.

“It makes more sense for people just not to be there,” he said.

He added home raising also challenges cities. Cities preserve their tax base when someone raises a home instead of moving inland, possibly to another municipality.

However, a city also has to consider the streets and infrastructure around elevated homes. Does it have to spend millions to raise them too?

Doug Beaver, Norfolk’s Chief Resilience Officer, said raising homes in lower-lying floodplains — which has been happening — could become unsustainable. But it’s an option for houses at higher elevations.

He said a longer-term solution could be for the city to buy flood-prone homes, demolish them and never rebuild. That way no homeowner would have to deal with flooding.

“One size does not fit all,” Beaver said. “So each neighborhood, each street near the shoreline will need to be thought of when we think of making it more resilient using different strategies.”

Sargent agreed home elevation is not always appropriate. But he said it’s one more tool Hampton Roads needs to respond to the rising seas and potential flooding from storms.

“They haven’t gone through what other places have gone through. They’re due for it,” Sargent said.