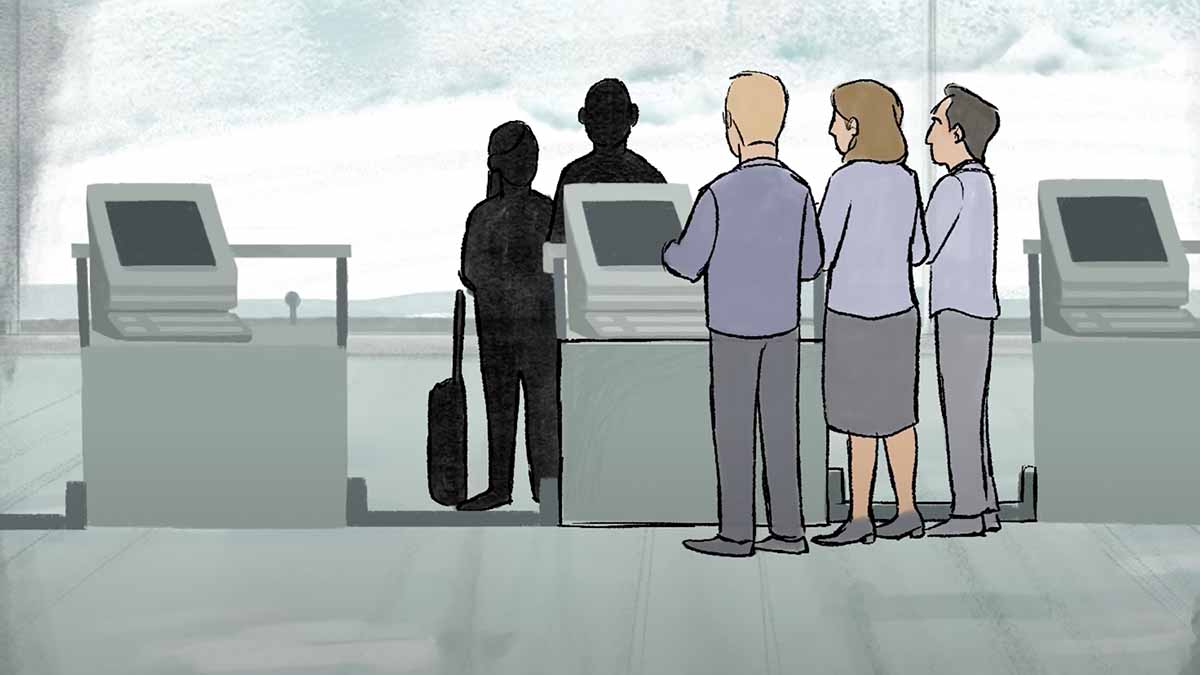 On September 11, 2001, Vaughn Allex was working the ticket desk at Dulles International Airport near Washington, D.C. when two men arrived late for their flight. Vaughn ran the standard security check and let them board. Only later did he learn that the men were among the five hijackers who crashed American Airlines Flight 77 into the Pentagon, killing 189 people. At StoryCorps, Vaughn told his wife Denise about how he experienced the aftermath of the attacks.