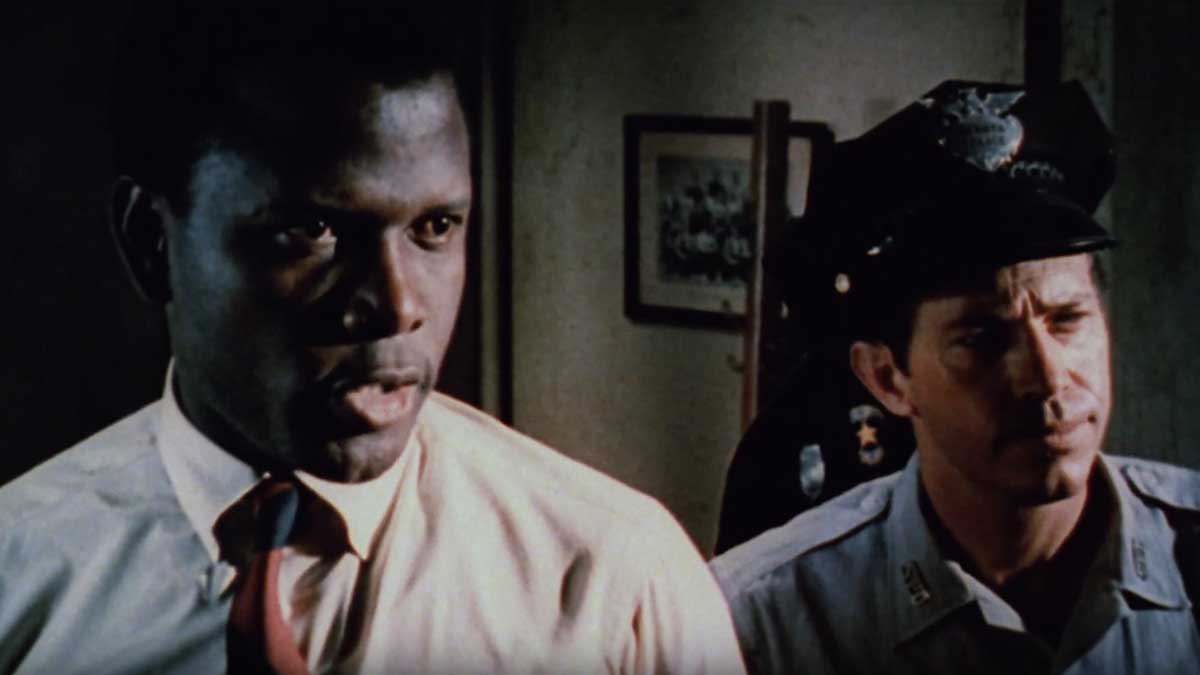 This mystery / drama is based on John Ball's 1965 novel of the same name. The film stars Sidney Poitier as Virgil Tibbs, a black police detective from Philadelphia, and Rod Steiger as Gillespie, a police chief in Mississippi. After Tibbs is mistakenly arrested in a murder investigation, he and Gillespie team up to solve the crime.