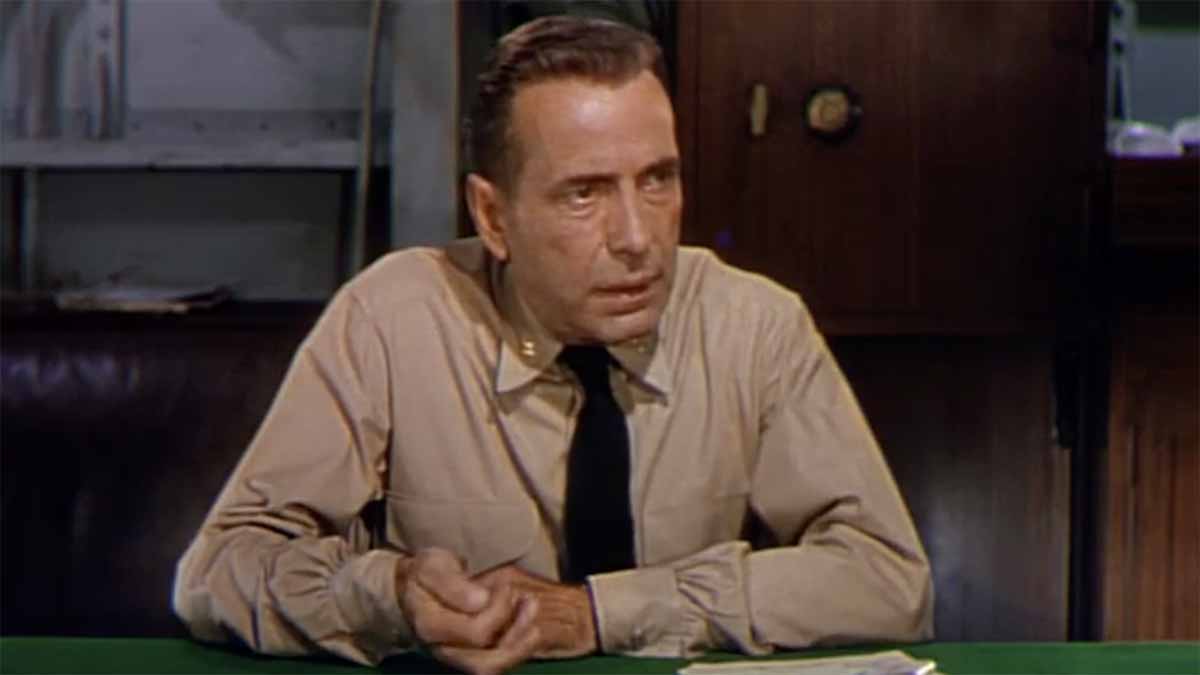 In this 1954 Navy drama, A World War II naval officer is court-martialed for relieving a captain of command during a typhoon. The film stars Humphrey Bogart and is based on the Pulitzer-prize winning novel by Herman Wouk.