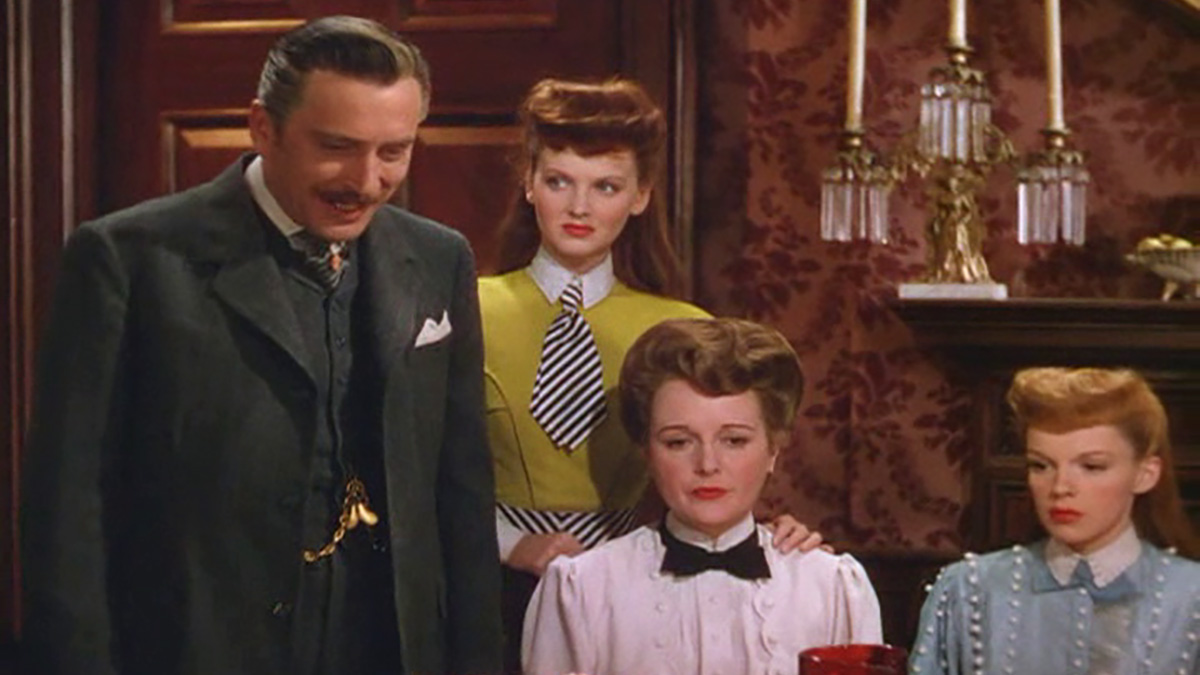 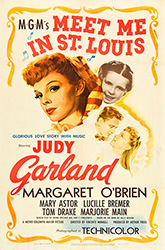 Meet Me in St. Louis is a classic MGM romantic musical comedy that focuses on four sisters (one of whom is the nonpareil Judy Garland) on the cusp of the 1904 St. Louis World's Fair. The film spotlights the sisters' education in the ways of the world, which includes, but isn't limited to, learning about life and love, courtesy of the prototypical boy next door. In the end, love — accompanied by song, dance and period costumes, all in glorious Technicolor — conquers all. (Synopsis courtesy of Tribune Media Service)