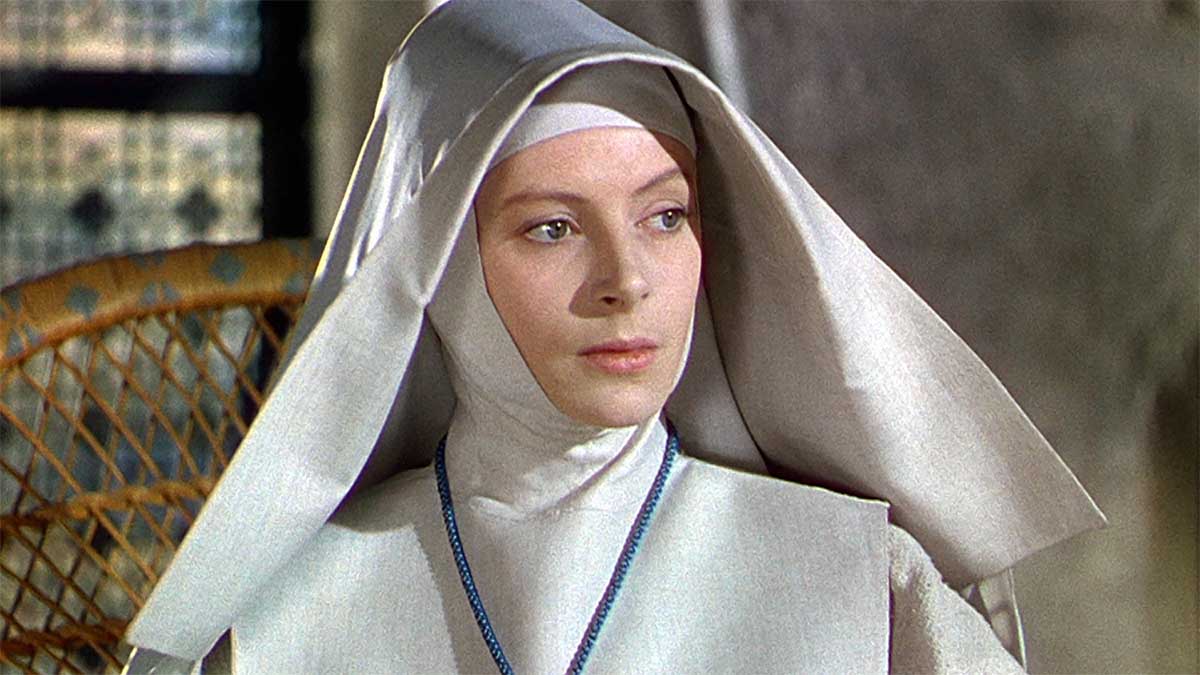 A group of Anglican nuns, led by Sister Clodagh (Deborah Kerr), are sent to a mountain in the Himalayas. The climate in the region is hostile and the nuns are housed in an odd old palace. They work to establish a school and a hospital, but slowly their focus shifts. Sister Ruth (Kathleen Byron) falls for a government worker, Mr. Dean (David Farrar), and begins to question her vow of celibacy. As Sister Ruth obsesses over Mr. Dean, Sister Clodagh becomes immersed in her own memories of love. (Synopsis Courtesy of Tribune Media Services)