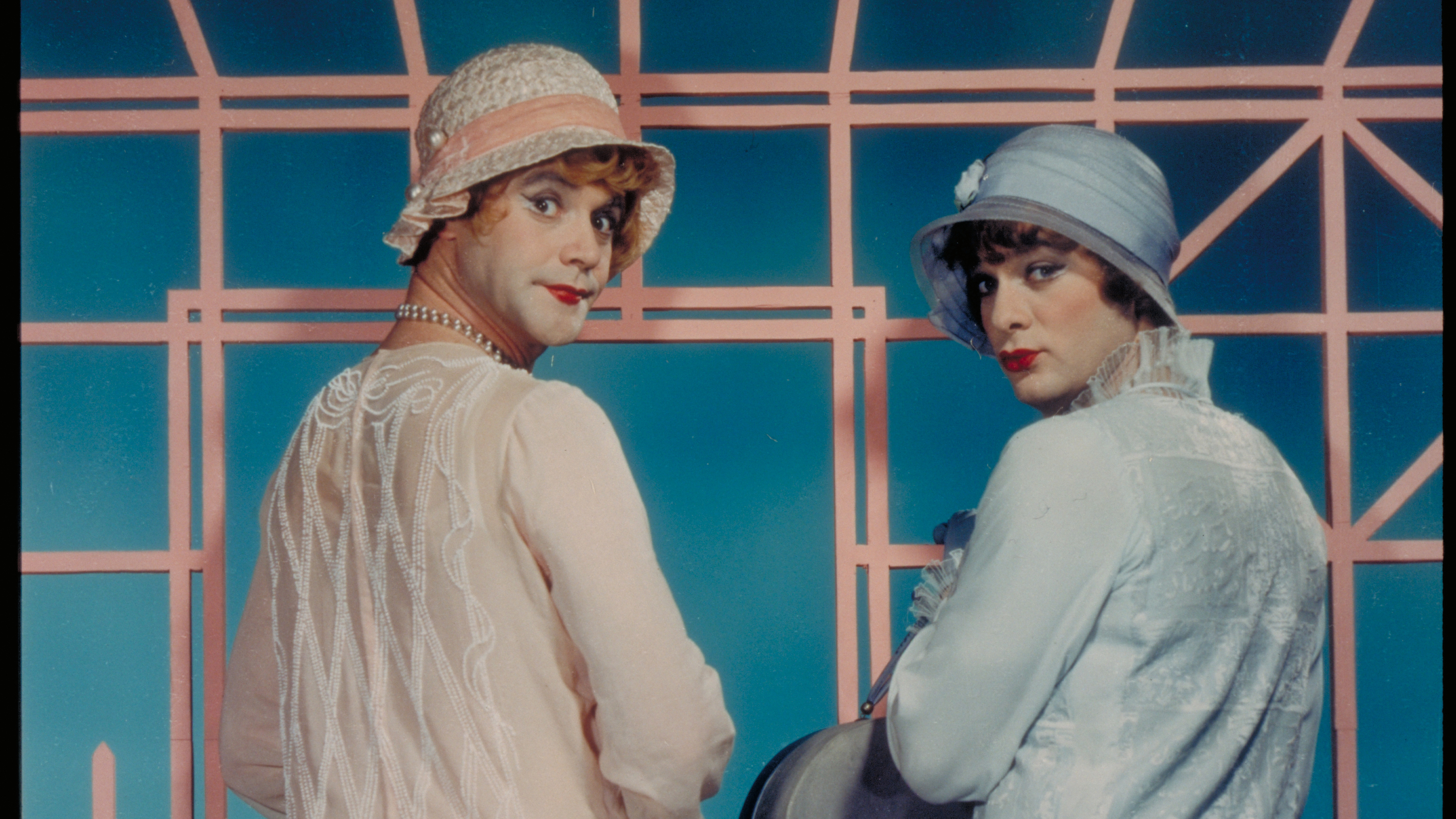 After witnessing a Mafia Murder, slick saxophone player Joe (Tony Curtis) and his long-suffering buddy, Jerry (Jack Lemmon), improvise a quick plan to escape from Chicago with their lives. Disguising themselves as women, they join an all-female jazz band and hop a train bound for sunny Florida. While Joe pretends to be a millionare to win the band's sexy singer, Sugar (Marilyn Monroe), Jerry finds himself pursued by a real millionare (Joe E. Brown) as things heat up and the mobsters close in.