Happy April! This month we have a brand new Masterpiece series that explores the relationship of Franklin Roosevelt and Norwegian Crown Princess Martha during World War II. The entire series will be loaded into Passport on April 4th. And in case you missed the broadcast, Finding Your Roots featured Virginia Beach artist and philanthropist Pharrell Williams. This emotional episode is perhaps one of the most moving of the entire series and showcases the impact one's history can have on a very personal level. Later in the month, we have Ken Burns and Lynn Novak's latest project Hemingway, and we've included a preview below.

A Princess steals the heart of the president of the United States in an epic drama based on the World War II relationship of Franklin Roosevelt and Norwegian Crown Princess Martha. Kyle MacLachlan stars as Roosevelt, opposite Swedish star Sofia Helin as the beautiful Martha who flees the Nazis with her three young children and lives under Roosevelt’s protection. The eight-part series is available to binge starting Sunday, April 4. Watch Preview

Finding Your Roots: Write My Name in the Book of Life

A French thriller based on the novel by multi-award-winning author Harlan Coben. When Dr. Alice Lambert wakes up in a hospital after 8 days in a coma, she finds that her life has taken a drastic turn. She has been shot, her husband killed and her daughter, Tara, abducted. The abductors are asking for 1 million euros in exchange for her baby with one rule: no police involvement. Binge Now

Uncover the man behind the myth of one of America’s greatest and most complicated writers. Hemingway from Ken Burns and Lynn Novick premieres on April 5, 2021. Watch the preview

“It’s a challenge to answer the question, ‘what’s your favorite passport program’ The interrogatory is equivocal to ‘which child do you love the most?’ However, if one asks me what I stream on PASSPORT most, then the answer is NOVA. With the best of 15 seasons available on PASSPORT, I am thankful to report a vast and impressive knowledge in such exciting topics as The Secret Mind of Slime and How a bird’s brain works because of NOVA. As one might guess, I’m the life of every party!” 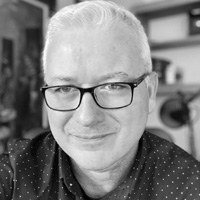 Sometimes themes crop up unintentionally and the programs highlighted in this newsletter fall right into that category. This month I'm recommending content centered on historic events and people that have shaped our world. From World War II stories of perseverance, told by their celebrity grandchildren, to Isaac Woodard and the 1946 incident of racial violence that set the stage for the landmark 1954 Supreme Court Brown v. Board of Education decision. We take you to the moon and back in 8 days and then celebrate iconic writer Earnest Hemingway exploring the complicated man behind the myth. And finally, we share a sneak preview of Philly D.A., a documentary series featuring Philadelphia District Attorney Larry Krasner and his attempt at a fundamental overhaul of an entrenched criminal justice system.

Though it has been more than 80 years since the start of World War II, the conflict has left a long shadow. Join leading Hollywood actors as they undertake a fascinating journey into their family’s past by re-tracing their grandparents’ footsteps during the war. Helena Bonham Carter, Mark Rylance, Kristin Scott Thomas, and Carey Mulligan each host a one-hour journey into their respective family histories as they travel to historic locations, from the beaches of Dunkirk to the former site of a prisoner-of-war camp in Hong Kong. Watch Now.

Discover the 1946 incident of racial violence by police that led to the racial awakening of President Harry Truman and set the stage of the landmark 1954 Supreme Court Brown v. Board of Education decision, jump-starting the civil rights movement. Watch Now.

8 Days: To the Moon and Back

A three-part, six-hour documentary film by Ken Burns and Lynn Novick, examines the visionary work and turbulent life of Ernest Hemingway, one of the greatest and most influential writers America has ever produced. Interweaving his eventful biography — a life lived at the ultimately treacherous nexus of art, fame, and celebrity — with carefully selected excerpts from his iconic short stories, novels, and non-fiction, the series reveals the brilliant, ambitious, charismatic, and complicated man behind the myth and the art he created. Watch Now.

Go inside the emotional, high-stakes work that Philadelphia District Attorney Larry Krasner and an ensemble of idealistic outsiders from different walks of life take on as they attempt a fundamental overhaul of an entrenched criminal justice system. Binge starting April 20, 2021. Watch the preview.

“When I was first asked to write about my favorite Passport show, of course, I immediately thought of Poldark! Who doesn’t love the scenery, the characters, the drama? Then I remembered the series, Wolf Hall. Great scenes, memorable characters, beautiful costumes, and some really serious drama. What makes it so much fun is it is based on the story of Thomas Cromwell (Mark Rylance), who came from humble beginnings, to serve the demanding King Henry the VIII (Damian Lewis). Thomas is caught up in the scandalous commotion as the king looks to annul his marriage to Katherine (his true Queen of England in my humble opinion) and marry Anne Boleyn (I must bite my tongue here, you decide for yourself). Drama, scandal, intrigue, history...Wolf Hall has it all. Don’t lose your head, you won’t be disappointed. 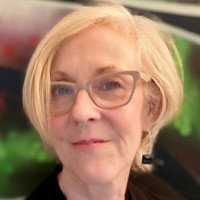 Tomorrow is International Jazz Day celebrating the art form as well as the improvisational musicians throughout history that have helped create and continue the genre that originated in New Orleans in the late 19th century. Celebrating Bird: The Triumph of Charlie Parker is truly one of the best Jazz films in the Passport library, filmed in 1989, it showcases not only Parker but many of the greats with interviews and performances. If you want more Ken Burn’s Jazz will give you the complete history from New Orleans to Chicago and everything in between. I hope you enjoy this month’s recommendations!

At age eleven, he had just begun to play the saxophone. At age twenty he was leading a revolution in modern jazz music. At thirty-four, he was dead from years of drug and alcohol use. Today, Charlie “Yardbird” Parker is considered one of the great musical innovators of the 20th century. PBS has brought this film, produced in 1989, back to celebrate what would have been Charlie’s 100th birthday in August 2000. Watch Now.

His promise to use the power of the District Attorney’s office for sweeping reform is what got civil rights attorney Larry Krasner elected. Now, that stubborn idealism threatens to alienate those he needs to work with the most. Go inside the tumultuous first term of Philadelphia’s unapologetic D.A. and his team of outsiders as they attempt to change the criminal justice system from the inside. Watch Now.

Circus is a six-hour reality series that takes you on an unforgettable trip with the legendary Big Apple Circus. From the big top to the “back lot,” explore a distinctive world with its own rules, lingo, and no fixed address. Follow the diverse characters who make up the Big Apple family and find out what it really means to live life in the ring. Watch Now.

A journey through America that introduces our list of the 100 best-loved books and explores the many ways in which these novels affect, reflect, and connect us all. Best of all the list is on the website for those of you looking for a summer reading list. Watch Now

Human: The World Within

Explore the incredible universe inside each and every one of us. An examination of diverse personal stories from around the world reveals how our lives, passions, and goals are powered by the amazing systems that define our biology as a species. Binge starting May 5, 2021. Watch the Preview.

I'll Have What Phil's Having

“The television writer and producer Phil Rosenthal is hands down the ideal host for a show about my favorite topics - food and travel! Each episode takes you to a different location, is beautifully shot, and Phil's description of the culinary delights he discovers always leaves you wanting to go and try for yourself. Plus, his facial expressions when he tastes something truly magical are worth watching the show for by themselves. Don't miss a single episode.”