I hope you all are well and cozy and enjoying the winter chill. The drama continues on WHRO this month with The Long Song. This series, based on the novel by Andrea Levy, has been lauded by critics. The Guardian shared, "A beautiful, moving, horrifying adaptation of her unsimple tale, that honors the source and its subject." As with most Masterpiece series, this is a must-see. We will have many more spectacular dramas to share in the coming months, but until then we offer you a variety of programs that are currently in the Passport library.

The Long Song on Masterpiece

Follow the hardships and survival of plantation slave July and her odious mistress Caroline during the final days of slavery in 19th century Jamaica. Based on the novel by Andrea Levy. Watch Now!

Secrets of the Dead: Abandoning the Titanic

Join a team of investigators as they search for the identity of the captain of a “mystery ship” that turned away from the “unsinkable” Titanic in its darkest hour, abandoning thousands of lives to the icy waters and their deaths. Watch Now!

How It Feels To Be Free on American Masters

Explore the lives and trailblazing careers of six iconic African American entertainers - Lena Horne, Abbey Lincoln, Nina Simone, Diahann Carroll, Cicely Tyson, and Pam Grier -who changed American culture through their films, fashion, music, and politics. Based on the book “How It Feels To Be Free: Black Women Entertainers and the Civil Rights Movement” by Ruth Feldstein, the film tells the story of how these six pioneering women broke through in an entertainment industry hell-bent on keeping them out. Watch Now!

Retrace the Queen of Crime’s footsteps to see the real places that inspired her literary universe. Learn how Christie drew on her surroundings throughout her life, immortalizing the people and locations she encountered in her beloved mysteries. Watch Now.

Henry Louis Gates traces the 400-year-old story of the Black church in America. The Black Church reveals how Black people have worshipped and, through their spiritual journeys, improvised ways to bring their faith traditions from Africa to the New World, while translating them into a form of Christianity that was not only truly their own, but a redemptive force for a nation whose original sin was found in their ancestors’ enslavement across the Middle Passage. This phenomenal four-part series premieres Tuesday, February 16th, at 9 p.m. Watch the Preview.

“As a big Johnny Cash fan, I’d go with the final episode of Ken Burns' Country Music. It really connected for me.“ 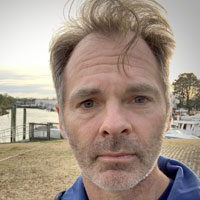 Don't miss out on these WHRO Passport picks, curated by our very own staff and updated regularly!

In a winter like no other, I am super excited to share the new Passport exclusive Seaside Hotel! This Danish program with English subtitles is set in the summer of 1928 and is steeped with tradition, romance, rendezvous, scandals, and scuffles, all included at no extra charge. A delightful drama with gorgeous costumes, strong character development, and the visually stunning Denmark seashore. I hope you will enjoy this series as well as the programs showcased below.

At Andersen’s Seaside Hotel by the North Sea dunes, meet the chambermaid Fie, the merchant's daughter Amanda, and the local fisherman Morten, whose fates are intertwined, as they seek to emancipate themselves from the plans other people have made on their behalf. From Walter Presents, in Danish with English subtitles. Binge Now.

In Concert at the Hollywood Bowl: Musicals and the Movies

Taped before the pandemic, this concert series is a celebration of Broadway and Cinematic favorites. Listen to Kristin Chenoweth sing “Over the Rainbow” with Kevin Stites, Audra McDonald performs “Moon River” with Bramwell Tovey while Sutton Foster sings Bernstein’s “On the Town” with Brian Stokes Michael along with Gustavo Dudamel and the LA Philharmonic. Watch Now.

NOVA: Secrets in our DNA

Some 30 million Americans have sent their DNA to be analyzed by companies like 23andMe and AncestryDNA. But what happens once the sample is in the hands of testing companies, and how accurate are their results? NOVA explores the power of genetic data to reveal family connections, ancestry, and health risks and even solve criminal cold cases. Watch Now.

In 1968, America’s first Black variety show, “SOUL!,” helmed by producer and host Ellis Haizlip, premiered on public television. The pioneering series ran for five years, cementing itself as not only a vehicle to celebrate African American artistry, community, and culture but also as a platform for political expression and a powerful force in the fight for social justice. Premieres Monday, February 22, 10 p.m. Watch the Preview.

“I love love love “Somewhere South” with Vivian Howard. I was a big fan of “A Chef’s Life,” so I figured any show with Vivian would be a great one. What I love most about “Somewhere South” is that it isn’t just about a dish…she delves into the history of that dish and the cultural roots behind it. I have never been a history buff, much to my history-loving husband’s chagrin, but this show makes me excited to learn about the people, region, and rich experiences behind these foods. And inevitably, it always makes me hungry. A close second would be “The Great British Baking Show,” because it’s one that my 7-year-old daughter and I love to watch together. She’s a big fan. “