Welcome to this edition of the WHRO Passport newsletter. I hope you are fully enjoying the changing of the seasons and staying warm.

As we gear up for the holiday season I wanted to share a few programs from our core collection, these are programs that are unique to PBS and exemplify our mission to explore education, science, and humanity.

Touching the Asteroid explores NASA’s attempt to grab a piece of an asteroid and return it to Earth for testing and is part of NOVA, launched in 1974 it is the most-watched primetime science series on American television. We also visit Julia Child, whose French cooking program premiered on PBS in 1963, Baking with Julia is perfect for holiday planning. And for those of you that missed its broadcast premiere, Driving While Black is a captivating look at our history, the civil rights movement, and how the advent of the automobile brought African American’s new freedom, but also dangers.

I do hope you enjoy the programs below and please, let me know what your favorite programs are on Passport.

In October 2020, a NASA spacecraft called OSIRIS-Rex attempts to reach out and grab a piece of an asteroid named Bennu to bring back to Earth. The OSIRIS-Rex team has just three chances to extend its spacecraft’s specialized arm, touch down for five seconds, and collect material from the surface of Bennu. Watch Now

The Age of Nature

Explore humanity’s relationship with nature and wildlife, as scientists and conservationists from all over the world examine ways we can restore our planet. Narrated by Uma Thurman, this documentary series asks whether newfound awareness of nature could bring about a new chapter in the human story. Binge Now

Looking for expert advice this holiday season? Why not turn to Julia Child, not only is she endearing she launched one of the first cooking shows in the United States. In this series, Julia is joined by the country’s most outstanding pastry chefs and bakers, and shares indispensable techniques, time-honored tips, and meticulously tested recipes that are sure to make your home baking a success! Enjoy Now

Produced by filmmaker Ric Burns and based on and inspired in large part by Gretchen Sorin’s recently published study, the film examines the history of African Americans on the road from the depths of the Depression to the height of the Civil Rights movement and beyond, exploring along the way the deeply embedded dynamics of race, space, and mobility in America during one of the most turbulent and transformative periods in American history. Watch Now

Thou Shalt Not Kill

Valeria Ferro, inspector of the Squadra of Turin, is a young and extremely skilled policewoman with a strong intuition and an obsession for the truth. However, when her mother is released from jail, she struggles to understand the mix of emotions when confronted with her past. In Italian with English subtitles from the Walter Presents collection. Season 2 premieres November 17th. Binge season 1 now

The Vietnam War a film by Ken Burns

"The Ken Burns shows are outstanding, of course, but among the best are The Civil War, The War, and The Vietnam War. I believe The Vietnam War is the best of those since it tells the behind-the-scenes stories of something that many of us lived through." 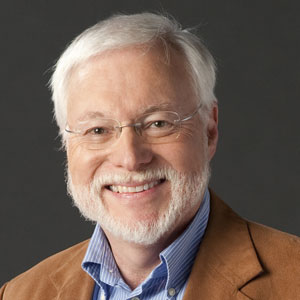 On this beautiful day of gratitude, we want to wish you the happiness of good friends, the joy of a happy and healthy family, and the wonder of the holiday season. Happy Thanksgiving from the WHRO Public Media family!

Here are some programs to complement your festivities.

Join chef Marcus Samuelsson on an inspiring journey across the U.S. to explore and celebrate the wide-ranging diversity of immigrant traditions and cuisine woven into American food and culture. Each episode Marcus visits a new city to discover the dynamic and creative ways a particular community has made its mark. Binge Now

This is the inside story of a royals' favorite way to travel, in other words, this is how the other half lives. Pack your bags for a rare inside look at the monarchy’s luxurious private planes and trains. Climb on board the "palace on wheels" and take to the skies for the five-star opulence of the Queen’s Flight. Join us for the most exclusive commute in the world. Enjoy Now

In Jonathan Scott's Power Trip, the HGTV home makeover guru shines a light on the obstacles and opportunities for America’s solar industry, following fossil fuel monopolies that halt the growth of renewable energy while visiting politicians, coal miners, solar panel installers, the Navajo Nation-building its solar plant, and others at the forefront of the battle for energy freedom. Watch Now

American Masters: Laura Ingalls Wilder: Prairie Legend - An unvarnished look at the unlikely author whose autobiographical fiction helped shape American ideas of the frontier and self-reliance. A Midwestern farm woman who published her first novel at 65, Wilder transformed her frontier childhood into the best-selling Little House series. Featuring never before published letters, photographs, and family artifacts, the film explores the context in which Wilder lived and wrote, as well as the true nature of her personality. Premieres Tuesday, December 29, 2020.

"Growing up, Arthur was my favorite show. I loved the diversity of the characters and how everyone brought a unique characteristic that you were able to identify with. Arthur taught me so many life lessons, and helped me maneuver through elementary school. Whether it was how to study for a test, making new friends, or even dealing with a bully, I was always prepared after watching the show.

I also really loved the soundtrack, you could learn and sing at the same time. “Having fun isn’t hard when you got a library card.” One of my all-time favorite jams from the series.

Arthur and his gang will always hold a close place in my heart and I hope that PBS continues to create safe places for kids to learn and grow through educational programming." 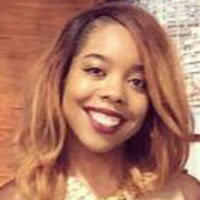