Happy October! Fall has officially arrived and this month we have delicious drama to compliment your cozy evenings. Line of Separation returns with Season 2 and is a Walter’s Choice selection. For those of you not familiar, Walter’s Choice is a curated collection of award-winning international drama, handpicked by Walter Iuzzolino, a TV connoisseur who has scoured the globe for compelling hits. Programs are presented in their original languages with English subtitles. And fans of Dawn French (The Vicar of Dibley, French & Saunders) will be thrilled to know that she returns to the WHRO airwaves later this month in The Trouble with Maggie Cole, which I promise to share more about later this month. Until then enjoy the cool temperature and the programs below.

The long wait is over. Season 4 has finally arrived! Halifax’s favorite blended family is back and after seven years of marriage, Alan and Celia discover that wedded bliss isn’t always blissful. Between clashing politics, Alan’s new job, and a wild local lad, tension is at an all-time high. To pile on, Caroline gets emotionally embroiled at work and Alan’s brother visits, which adds to the family dynamic. Watch Now

After the nation is plunged into darkness following disruption from a geomagnetic solar storm, a team comprised of Britain’s leading experts, crisis contingency planners, and the most senior politicians assemble under the name COBRA to form a committee entrusted to protect the people of Great Britain and steer the nation through the storm. Premieres this Sunday, October 4. Watch Now

This program draws on the rich palette of Poe's evocative imagery and sharply drawn plots to tell the real story of the notorious author. The film, featuring Tony Award-winning and Emmy-nominated actor Denis O'Hare, explores the misrepresentations of Poe as an alcoholic madman akin to the narrators of his horror stories. It reveals how, more than any other writer of his time, and even our own time, Poe tapped into what it means to be a human being in our modern and sometimes frightening world. Watch Now

Who says you need brains to be smart? Extremely primitive life-forms called slime molds can navigate mazes, choose between foods, and create efficient networks – no brain required. Creepy right? New research on these organisms, which are neither plant nor animal, could help reveal the fundamental rules underlying all decision making. Watch Now

A country is divided. Nuclear arms races, NATO secrets, sabotage, the construction of walls, and the Prague Spring determine the fate of the families of Tannbach. From Walter Presents, in German with English subtitles.

Season 2 premieres Thursday, October 8, but you can catch up with Season 1 now!

Welcome to the latest edition of the Passport newsletter. I hope you are well and enjoying the crisp fall weather. I have wonderful news to share, we have just received word from PBS that many of our longstanding dramas are back in production, using extra precaution on the set and barring any unforeseen delays, we should have new seasons soon. Until then, we have a few new dramas this month with Flesh and Blood as well as The Trouble with Maggie Cole, both have been very well received in the U.K. and are sure to be a hit here in the U.S. Later this month we’ll take a look at Roadkill, a new political drama starring Hugh Laurie (House).

When glamourous widow Vivien finds an unexpected romance with retired Doctor Mark, her adult children have mixed reactions. Toss in nosy neighbor and amateur sleuth, Mary and you have a gripping drama that opens with flashing police lights, a bloodstained rock beneath a broken balcony, and a body being carried away on a stretcher. Hailed by the New York Times and Wall Street Journal as a must-see, this 4-part thriller will keep you guessing and obsessing from start to finish! Binge Now!

Filmed during the pandemic, Lucy Worsley’s most recent romp through history gives us unprecedented access to London’s most extraordinary palaces. From the forbidding Tower of London to glorious Hampton Court to treasure-filled Kensington Palace, Lucy takes us behind the velvet ropes into each building’s most secret places. Watch Now

This fall marks the 50th anniversary of the groundbreaking premiere of the television series The Mary Tyler Moore Show. Not only a ratings darling, the program also defined the workplace sitcom and served as an inspiration for many young career women. The program has stood the test of time and is still relevant today. If you are a fan, you will enjoy this one-hour tribute to the actress, which features interviews and comments from her co-stars and clips from her groundbreaking television and film work. Watch Now.

Celebrate the making of the greatest albums in pop, rock, and yes, heavy metal music. Each episode features interviews with band members, producers, and others discussing the creation of the historic recording. The collection includes Pink Floyd, John Lennon, Elton John, Queen, The Doors, and more. Enjoy Now.

The Trouble with Maggie Cole

Fans of Dawn French (Vicar of Dibley, Saunders & French) will love this new drama starring the much loved comedic actress! Set in a picturesque fishing village, the series centers on Maggie Cole, the self-appointed oracle if this close-knit community. See what happens with idle gossip escalates out of control and starts to affect people’s lives. Binge all 6 episodes of this comedy-drama on its broadcast premiere date October 18. Watch the Preview. 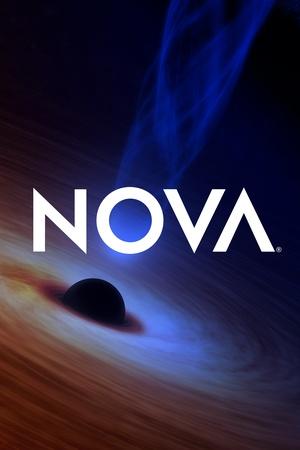 "My favorite program is NOVA. It is so informative and well produced!" 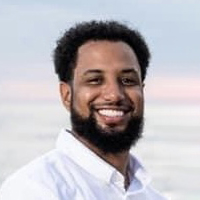 Welcome to the All Hallows’ Eve edition of the Passport newsletter. While this year's festivities will certainly be different than years before, I do have a couple of spooky offerings for you to enjoy. In addition, we will continue our tradition of broadcasting the enchanting local program, Doctor Madblood. Celebrating his 45th anniversary Doctor Madblood is joined, virtually, by cast members Dusty, Count Lacudra, Velma Von Basketcase, Uncle Felonious, The Widow Paine, and Sybil of the Swamp. The movie is 1964 classic The Last Man on Earth, starring Vincent Price, be sure to tune in Halloween night at 10 p.m. for this holiday treat!

The Woman In White

When a young man encounters a ghostly woman dressed all in white on a moonlit road, he is drawn into a web of intrigue that will transform his life forever. Offering his assistance to this distressed, spectral woman, he is later shocked to discover that she had just escaped from a nearby insane asylum. Binge Now

Walter Winchell: The Power of Gossip

Traces the life and career of the syndicated newspaper columnist, radio news commentator, and television personality who pioneered the fast-paced, gossip driven, politically charged media culture that dominates today. At the height of his career, Winchell had a combined print and radio audience of 50 million and the power to make or break careers. He became the most feared and admired man in America. Decades later, an alliance with Senator Joseph McCarthy and celebrity feuds turned his audience against him and forced him into obscurity. Watch Now

Two groups of plants exhibit such intriguing behavior that a century and a half ago they attracted the attention of Charles Darwin. These same plants, the orchids, and the carnivorous plants, still fascinate scientists today. In two episodes, “Plants Behaving Badly” reveals a world of deceit and treachery worthy of any fictional thriller! Watch Now

Filmmaker Ken Burns tells the story of Jazz – the quintessential American art form. The 10-part series follows the growth and development of jazz music from the gritty streets of New Orleans to the Lincoln Gardens on Chicago’s south side, from Prohibition-era speakeasies to the elegant Roseland Ballroom in Times Square and the Savoy Ballroom in Harlem, where people of all colors mingled. Six years in the making, Jazz features 75 interviews, more than 500 pieces of music, 2,400 still photographs, and more than 2,000 hours of archival film clips – many rare and never before seen. Enjoy Now

Hugh Laurie and Helen McCrory star in Roadkill a new political thriller on Masterpiece. Peter Laurence is a self-made forceful and charismatic politician. His public and private life seems to be falling apart. As personal revelations spiral, he is shamelessly untroubled by guilt or remorse expertly walking a high wire between glory and catastrophe as he seeks to further his own agenda while others plot to bring him down. Roadkill premieres Sunday, November 1. Watch the Preview

I’ve had many favorites over the years but currently, it has been Grantchester. I loved the relationship between Sydney, the flawed Anglican priest, and Geordie the hard-nosed rumpled police detective. I was upset when Sydney was replaced as the priest in Grantchester but it didn’t take me long to fall in love with the less complicated Will. 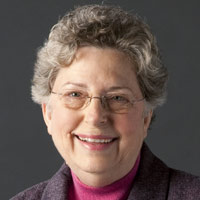