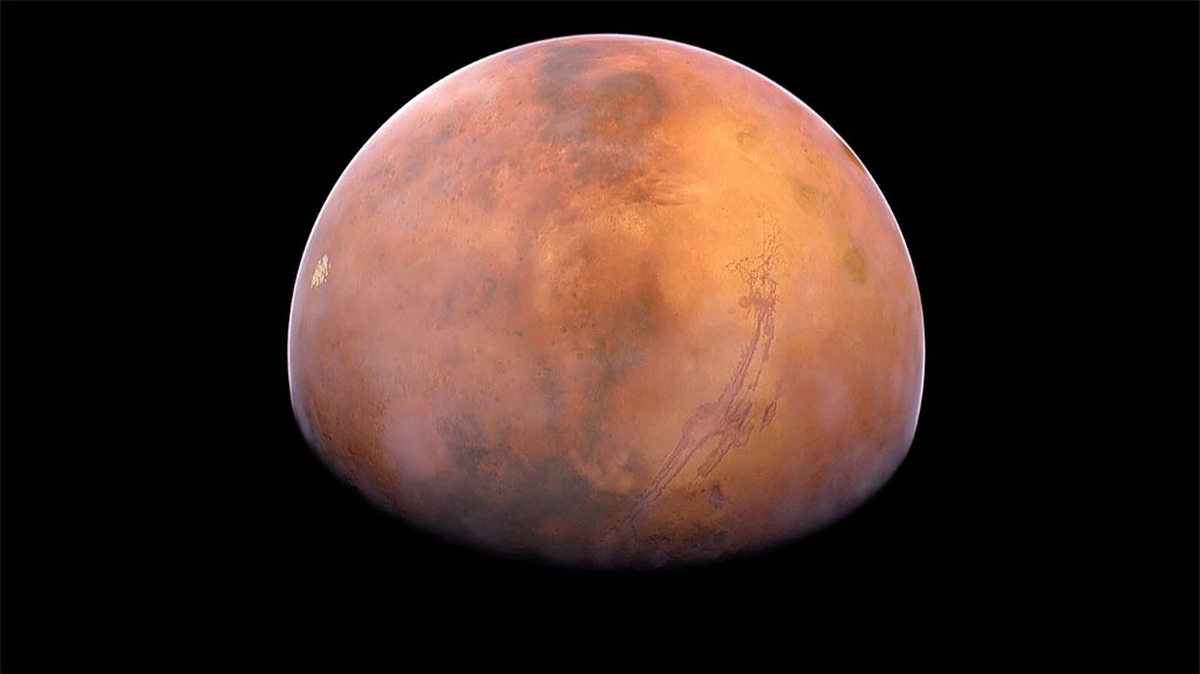 The Planets: Mars on NOVA

Billions of years ago, the Red Planet was a vibrant blue water-world studded with erupting volcanoes. A vast ocean covered much of the young planet’s surface, and water plunged over 13,000-foot cliffs at Echus Chasma, a deeply etched, canyon-like system still visible today. But Mars is relatively small, and its core cooled quickly, shutting down its magnetic field. As its atmosphere dwindled, Mars was exposed to the wrath of the sun, losing its water to space and becoming the frozen desert planet we know today. But scientists wonder, if Mars once had many of the elements necessary to form life—water, volcanic activity, and a protective atmosphere—how far into the process might it have gotten? Future missions to Mars will explore the planet’s varied past and potentially answer the ultimate question: Did life ever form on Mars?