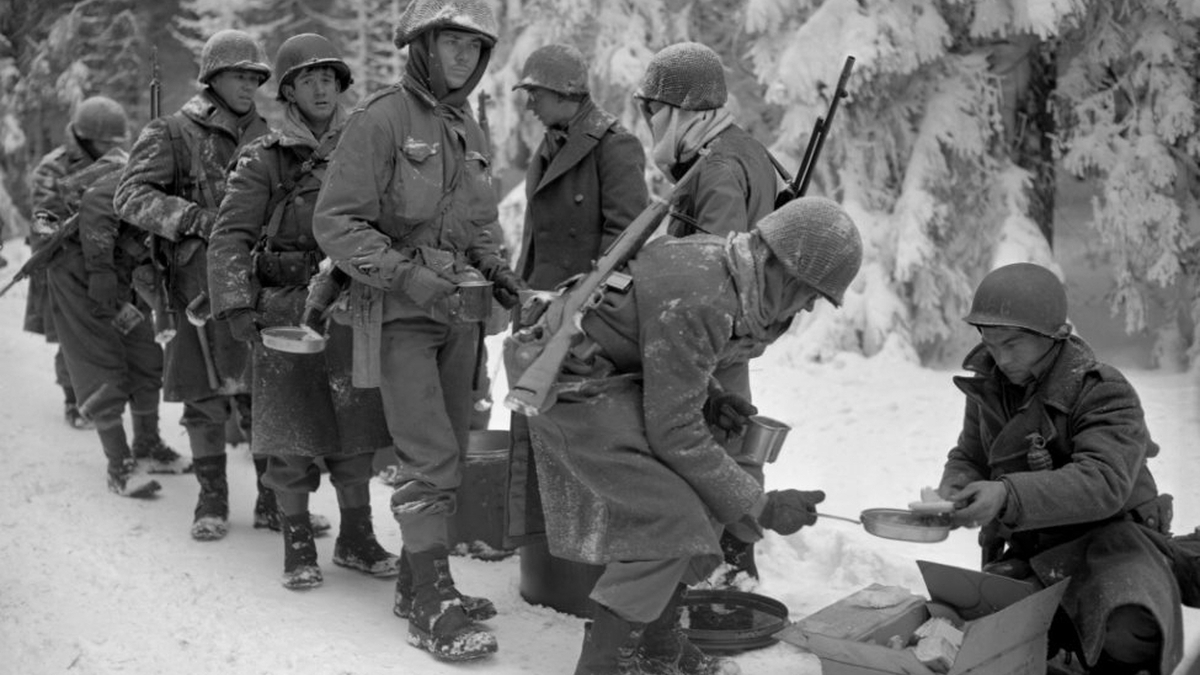 The War: A Deadly Calling

Despite American victories in the Solomons and New Guinea, the Japanese empire still stretches 4,000 miles. On June 4, Allied soldiers liberate Rome. But in heading towards the city, they fail to capture the retreating German army, which takes up new positions on the Adolf Hitler line north of Rome. Meanwhile, the greatest test for the Allies - the long-delayed invasion of France - is now just days away.