Just a few days away from the spring equinox and we have reason to rejoice! This month we celebrate the return of Downton Abbey to Passport and Women's History Month. As you'll recall Downton Abbey, the international PBS hit that brought new audiences to Public Media, left Passport in 2020. Thankfully, PBS has renewed the digital rights and all six seasons of the series are back home where they belong. We have a stellar lineup this month celebrating remarkable women. First up, a new program featuring the fabulous Tina Turner and an Independent Lens documentary exploring the women's movement and their fight to change the American workplace. I hope you enjoy the programs below and the rich offerings of the Passport library.

Downton Abbey returns to Passport. The award-winning series from Julian Fellowes spans 12 years of gripping drama centered on a great English estate on the cusp of a vanishing way of life. The series follows the Granthams and their family of servants through sweeping change, scandals, love, ambition, heartbreak, and hope. Binge Now

In 2000, Tina Turner’s concert at London’s Wembley Stadium was filmed with a state-of-the-art stage set, 18 cameras, and one of the world’s top directors. Turner’s inspiring, powerful performance made it an unforgettable event. Blasting out hit after hit and taking the audience through her amazing four-decade career, Turner once again proved herself to be “simply the best.” Watch Now

Independent Lens: 9 to 5: The Story of a Movement

When Dolly Parton sang "9 to 5," she was singing about a real movement that started with a group of secretaries in the early 1970s. Their goals were simple—better pay, more advancement opportunities, and an end to sexual harassment—but as seen in 9to5: The Story of a Movement, their fight that inspired a hit would change the American workplace forever. Watch Now

Europe's New Wild is the exhilarating story of the wild rebirth of a continent. The series reveals the spectacular resurgence of nature across Europe's most varied and breathtaking landscapes. From the Arctic Circle to rich river wetlands, from deep forest to rugged mountain peaks, witness Europe's most iconic wildlife thrive and flourish in the most unexpected places. Watch Now

A French thriller based on the novel by multi-award-winning author Harlan Coben. When Dr. Alice Lambert wakes up in a hospital after 8 days in a coma, she finds that her life has taken a drastic turn. She has been shot, her husband killed and her daughter, Tara, abducted. The abductors are asking for 1 million euros in exchange for her baby with one rule: no police involvement. Watch the Preview

"My favorite passport Binge is The Roosevelts. From a historical perspective, there is no other political dynasty in American Politics that comes close to the Roosevelts. Ken Burns traces Teddy’s sudden ascension to the Presidency following the assassination of William McKinley through FDR’s historic election to four terms in the White House. You get three different perspectives–those of Teddy, Franklin, and Eleanor, yet seamlessly, it's told as one mesmerizing narrative." 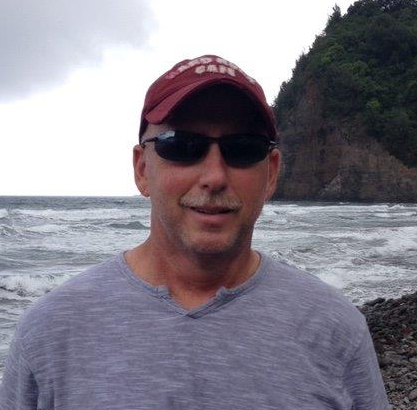