I hope this newsletter finds you safe and well. It has been a challenging year and at times it has been difficult to be grateful, but through it all, I hope you have been able to celebrate the simple pleasures and that perhaps the pandemic has forced us all to slow down a bit and indulge in things we might normally be too busy to enjoy. I am happy to share that we will have an abundance of new programs in January, including three new Masterpiece series! Until then we have many programs below that tie in beautifully to the holiday season.

Now on to the shows.

A History of Christianity

A six-part series presented by Diarmaid MacCulloch, an Oxford history professor. The series reveals the true origins of Christianity and delves into what it means to be a Christian. Intelligent, thought-provoking, and magisterial in its scope the series will uncover how a small Jewish sect that preached humanity became the biggest religion in the world. Watch Now.

When the roof of Notre Dame Cathedral erupted in flames in April of 2019, firefighters battled for nine grueling hours to save the historic landmark. Still, Paris came alarmingly close to losing more than 800 years of history. Now engineers are in a difficult race against time: to rebuild the rook and secure the medieval structure of Notre Dame. Watch Now.

Everyone at Nonnatus House looks forward to a traditional holiday, but nothing goes quite to plan. Meanwhile, the Circus arrives in Poplar, bringing new friendships, new experiences, and an exciting adventure for Nurse Crane. Premieres December 25, 9 p.m. Catch up on previous Call the Midwife Christmas specials now.

"I love to dip back into the astoundingly well done Sherlock series through Passport. While I've probably seen all the episodes at least three times, the strength of the writing, the acting, the cinematography, and suspense strikes me every time like it's brand new. And there's a simultaneous comfort of reuniting with some of my favorite literary characters. As is true with every Masterpiece Classic I've had the joy to watch, it's professional, intriguing, and always comforting." Watch Now. 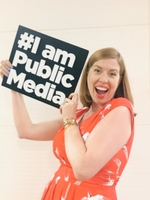 I hope this newsletter finds you safe and well and able to enjoy the holiday season. While 2020 has been an unparalleled year, I continue to witness compassion at every turn, smiling eyes, that no mask could ever cover, generosity, and small acts of kindness that help us keep faith in these difficult times. I hope you took a moment to witness nature's end of year gift, the conjunction of Jupiter and Saturn was truly amazing and was last witnessed in March of 1226! NOVA did a brilliant series on The Planets, and we have featured it in our highlights below. It is my greatest hope that 2021 will be an easier year, I do know that whatever the New Year brings our community will thrive as we continue to look after one another. Happy Holidays!

Join Lucy Worsley on a 12-day extravaganza as she discovers that much of what we enjoy in contemporary Christmas – from carols to gift-giving, feasting, and drinking – was just as popular 500 years ago, with some surprising Tudor twists. Enjoy Now.

In the complex dance of the cosmos, Jupiter and Saturn have partnered up this month creating a double planet effect that has not been visible since the Middle Ages, last witnessed in March 1226! While the official name for this phenomenon is a conjunction many are calling this a Christmas star. NOVA did a celestial series on the planets in 2019, which prompted us to share two episodes The Plants: Saturn and The Plants: Jupiter to give you a little more background on these spectacular planets.

Ella Wishes You a Swingin’ Christmas with Vanessa Williams

Victor Hugo’s masterpiece Les Miserables is a six-part adaptation by multi-award-winning screenwriter Andrew Davies. Dominic West stars as fugitive Jean Valjean, with David Oyelowo as his pursuer Inspector Javert and Lily Collins as the luckless single mother Fantine. Love, death, and struggle in 19th century France feature in this beautifully faithful retelling of one of the world’s most beloved stories. Watch Now.

“My pick is the Great British Baking Show. This show is “comfort TV” for me and I can watch it over and over again. I like getting to know the bakers over the course of a season and seeing the fantastic creations they come up with, and I love the way they will help each other out in a crisis, even though it’s a competition. I also enjoy the quirky humor, and of course the British accents!” Watch Now. 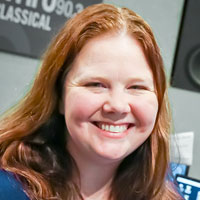