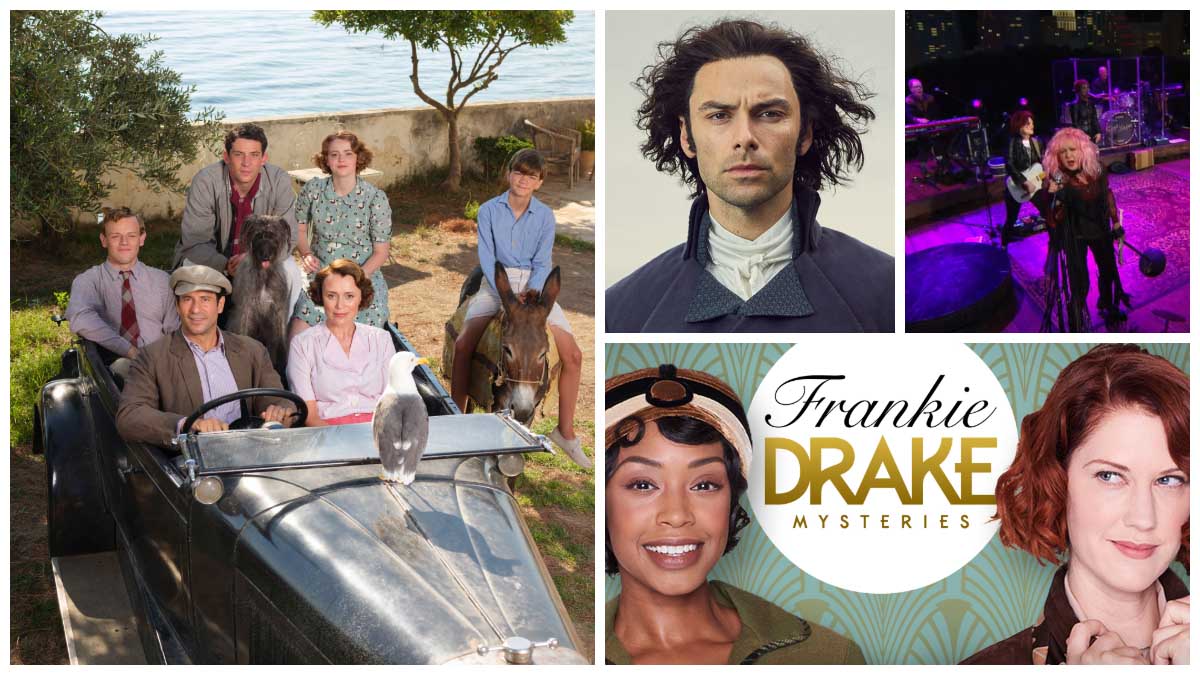 Join Our Summer Binge to Watch Your Favorite Shows

If you can't get enough of your favorite show, PBS has the answer! This summer they are making these shows available for fans to binge-watch through Passport. Watch the whole season on the night the show premieres.

Become a member at the level of $5 per month or more to take advantage of this great member benefit -- and start watching your favorite shows.

Binge watch the entire season of these great shows:

With PBS Passport, you can catch up on Masterpiece’s Poldark and Durrells of Corfu before their newest seasons air September 30. Whether you’re in for a Grecian getaway or prefer the moors of Cornwall, PBS Passport has period piece you’ve been waiting to binge.

The delectable baking competition that has grown into a beloved international phenomenon, returns for a fifth season this summer. Once again, 12 new bakers don their aprons and head for the iconic tent in the heart of the British countryside. With 30 new challenges, each episode will test their baking prowess, creativity, and skill in a bid to find the UK’s best amateur baker. You can watch all 10 episodes of the season in WHRO Passport on the night of premiere. Also, catch up on seasons 1-4.

Shaun Evans returns for a fifth season of the popular series as the young Endeavour Morse, before his signature red Jaguar but with his deductive powers already running in high gear. Roger Allam also returns as Endeavour’s mentor, DI Fred Thursday, for more crime-solving in 1960s Oxford. You can watch the entire six-part series on WHRO Passport on the night of the premiere. Also, catch up on seasons 2-4.

It's the third and final season of this popular British crime series. This time around the investigative pair takes on a toxic and terrifying folie à deux whose mutual defining quality is an existential death wish. When the question posed by the couple – what is a life worth? – is directed straight back at Karl Roebuck, he is forced to confront an utterly impossible choice that will haunt the audience long after the closing credits. Set amidst mid-Brexit hysteria, The Tunnel: Vengeance tackles an escalating refugee crisis and examines the increasing threat of terror occasioned by disenfranchised, exiled souls on whom society has turned its back. You can watch the entire six-part series on WHRO Passport on the night of the premiere. Also, catch up on seasons 1 & 2.

WHRO Passport is a member benefit that gives you access to an extensive, on-demand library of television programming. Anyone who is a current member (or who becomes one) at the giving level of $5 or more per month, is eligible. Once your WHRO Passport account is activated, you will be able to sign in on our media player and watch television shows.

Need help activating your account? Our Passport expert, Kamaria, is available to help. Call her at 757.889.9310 or email This email address is being protected from spambots. You need JavaScript enabled to view it..