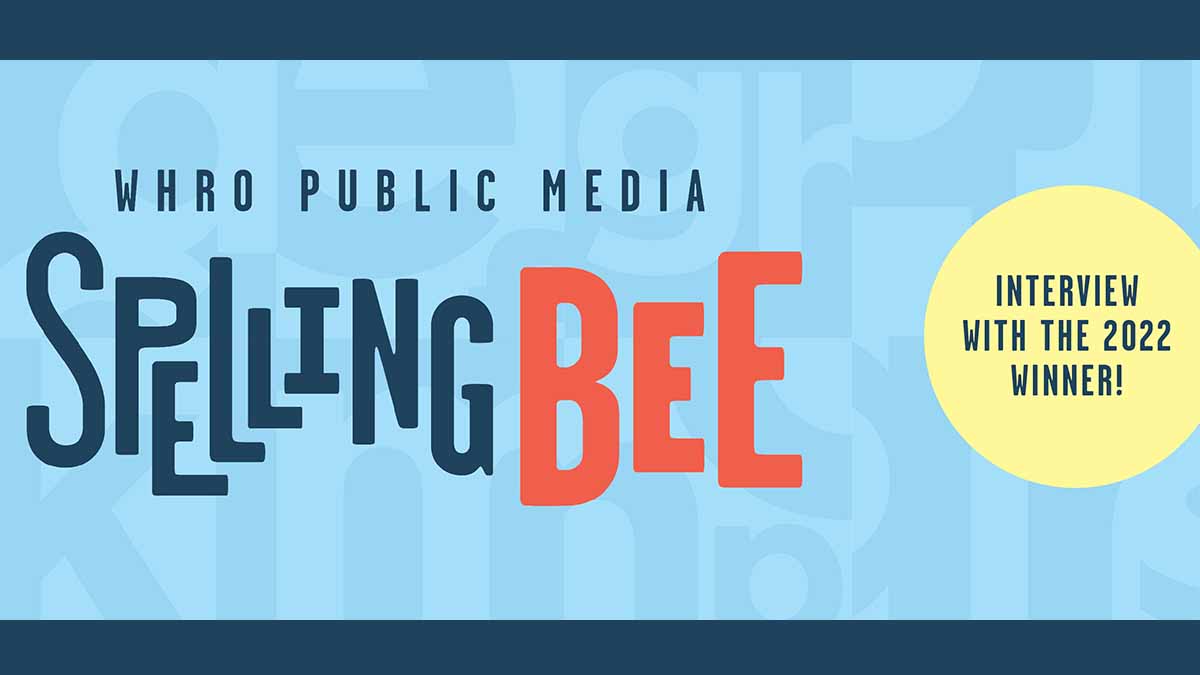 Congratulations To Our 2022 Spelling Bee Winners!

Each year, middle school students from across the region compete for the opportunity to represent our area in the Scripps National Spelling Bee. Once again his year, the event was held online. Thirty-six students competed for the title of champion, and this year's competition was a close one!

Skeyla, whose friends and family call her Pahrto, is an 8th-grader at Great Neck Middle School. Because English is not her first language, Pahrto said she felt a bit hesitant at first about competing in the spelling bee, but her confidence grew as she went along. She is fluent in Farsi and is learning French.

Watch an interview with the 2022 Champion:

Watch as Pahrto receives her trophy and prizes:

Andrew is in 8th grade at St. Matthew's School. This was not his first time competing. Two years ago he won the WHRO Regional Spelling Bee, but didn't get to compete in Washington, D.C., due to the national bee being canceled because of the pandemic.

Watch an Interview with Andrew:

Rohith is in the 6th grade at Norfolk Academy. He said that while he enjoyed competing in this year's event, he prefers the excitement of in-person competitions. He encourages all students to not feel intimdated by others who may be older than they are—just study hard and you can find success.

Watch an Interview with Rohith:

The Bee helps students improve their spelling, increase their vocabulary, learn concepts and develop correct English usage that will help them all their lives. In addition to the academic benefits, students also develop important life skills – like goal setting, time management and public speaking – that will help them as they advance in school and eventually to successful careers.