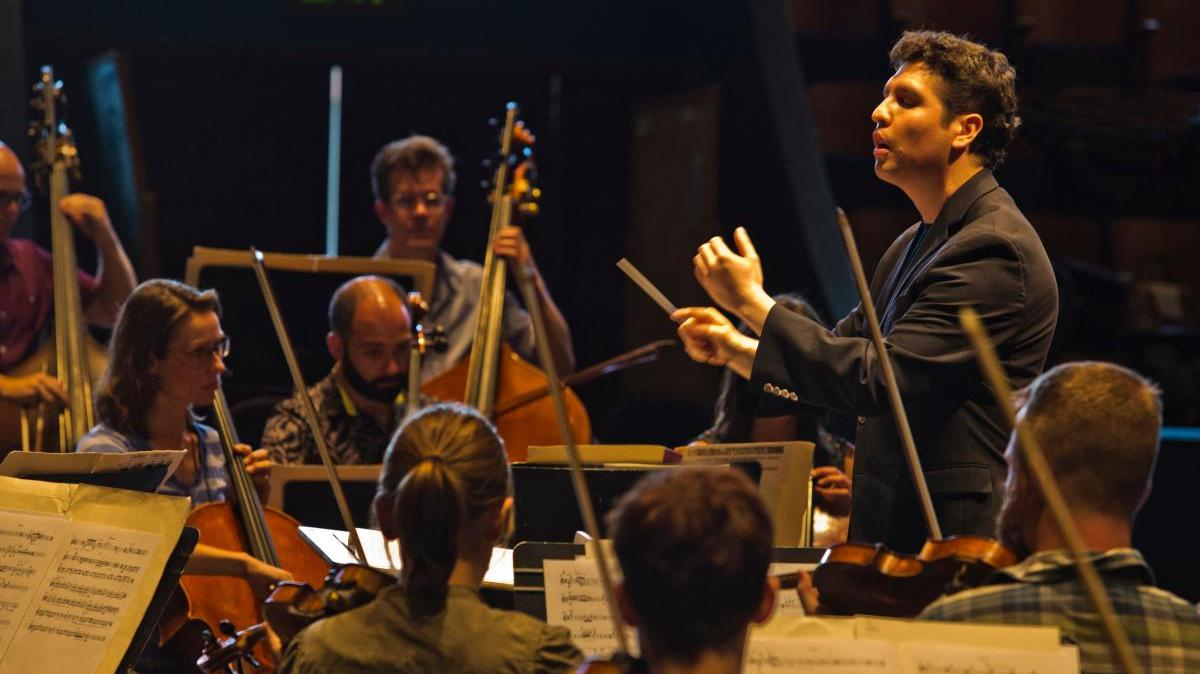 Last Thursday, the Virginia Symphony Orchestra performed a program of Latin music with their new assistant conductor, Gonzalo Farias, at the Regent University Theater in Virginia Beach. A native of Chile, Farias made his debut with the VSO this past July during the “Symphony by the Sea” series of movie music and classical favorites. Latin Flair was a fun opening for the VSO’s season at Regent, showcasing dynamic, lesser-known classical works under Farias’s elegant conducting.

The program commenced with the snazzy Tres aires chilenos by Enrique Soro, Chile’s first major symphonic composer. The three movements made an upbeat start, with touches of Chilean folk music in their classical form. Violinist Yun Zhang played well during his solos.

Next on the program was Astor Piazzolla’s Las cuatro estaciones porteñas (The Four Seasons of Buenos Aires), a toe-tapping and exciting musical journey for the crowd, arranged by Leonid Desyatnikov. Farias explained the unusual orchestral set-up for the piece and key relationship between cello and soloist. Piazzolla’s composition pays tribute to Vivaldi’s The Four Seasons several times. When Desyatnikov later rearranged the piece for orchestra and solo violin, he added 15 direct quotes from the famous suite.

The VSO frequently showcases star performers from around the world, but it’s always a treat to see long-time members shine as soloists as well. Concertmaster Vahn Armstrong played with energy, technical skill, musical insight, and great connection with the orchestra he knows well. At one point, he turned to violinist Yun Zhang and nodded enthusiastically as their parts intertwined. As the father of modern tango, Piazzolla’s piece was fast-faced, jubilant, and a joy to listen to, especially when the strings were riffed for rhythmic effect. In addition, VSO cellist Michael Daniels sounded excellent during his prominent moments.

As an encore, Farias brought us back to America with the beloved overture to Leonard Bernstein’s West Side Story, in an inspiring nod to immigrants in the United States. Latin Flair featured a fun, unique program sure to please orchestra-goers of all ages, spotlighting core musicians of the the supremely talented Virginia Symphony Orchestra.

Next up for the Virginia Symphony Orchestra is more music to make you dance. Dancing in the Street - the Music of Motown plays November 23 at Chrysler Hall and November 24 at the Ferguson Center for the Performing Arts. Visit virginiasymphony.org for tickets and more information.