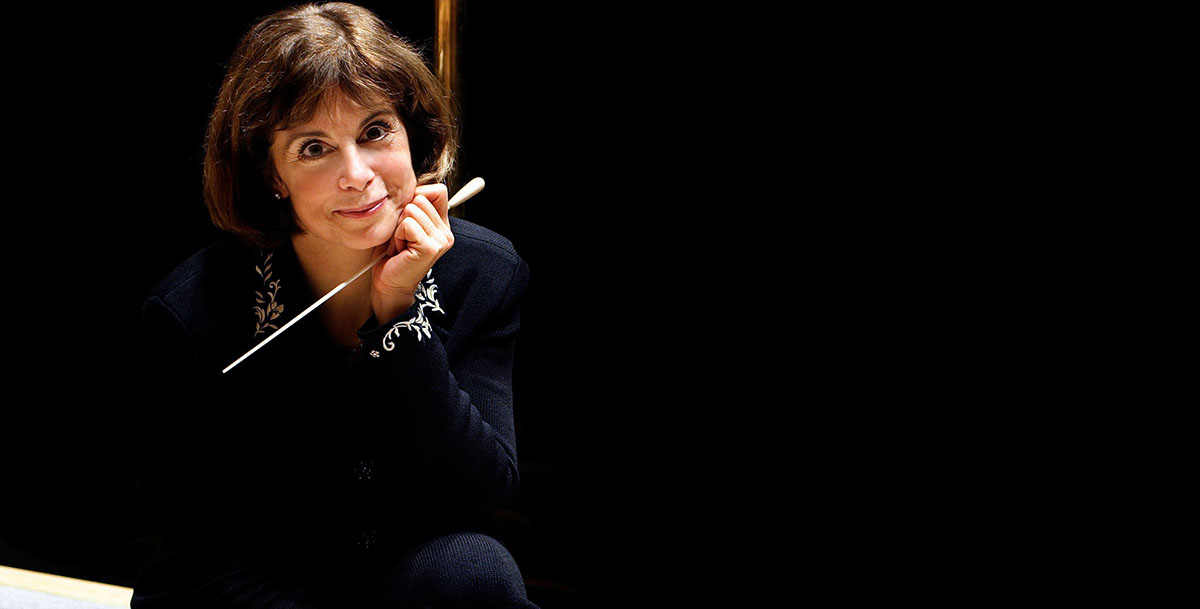 Last weekend, the Virginia Symphony Orchestra commenced their 2018-2019 season with performances at the Ferguson Center for the Arts, Chrysler Hall, and the Sandler Center for the Performing Arts. The show, titled Pictures at an Exhibition, featured the orchestra at its finest under conductor JoAnn Falletta, who’s now in her last full season with the VSO, having served as the Music Director since 1991.

Brahms’s Academic Festival Overture began the evening in homage to the new school year. Composed in 1880 as a “thank you” to the University of Breslau, the Academic Festival Overture is comprised of spirited student drinking songs goofily grounded in the classical tradition. Brahms had been advised to write an original work upon receiving an honorary doctorate in philosophy from the university - his musical choices here tell us much about his personality and respect for higher learning.

Crowds at Chrysler Hall appeared younger than usual, possibly due to the second piece on the program, Eleven Eleven, a violin concerto by award-winning film composer and frequent Tim Burton collaborator, Danny Elfman. Dramatic violinist Sandy Cameron made a stunning entrance in shimmering shades of blue, rhinestones, and sequins. The concerto was commissioned with Cameron in mind; she had previously performed in a Cirque du Soleil show for which Elfman wrote the music, along with concert performances of music composed for Tim Burton movies.

Elfman studied many classical scores, primarily Shostakovich, in preparation for composing his first concerto, aiming for the ultimate combination of concert hall and movie music. The piece sustains a magical narrative throughout its 40 minutes; Cameron slayed challenging technical passages with stamina and fire, swaying her hips and dancing casually during breaks. First and foremost a testament to Cameron’s virtuosic prowess, the piece is enchanting, but redundant. Fans of Elfman’s movie music found comfortable familiarity in the work, while classical aficionados may not have felt sufficiently challenged by the basic instrumentation and monotonous mood; the middle movements were especially arduous for any listeners hoping to hear something new. Nevertheless, Elfman has skill, selling power, and a mission to make a greater impact in the concert hall. He has already composed a handful of other classical pieces, and according to an interview with The Mercury News, he’s planning on writing a new one every year. Fans were thrilled to see Elfman in attendance and speak with him and Cameron in the lobby at intermission.

The Virginia Symphony Orchestra chose Ravel’s arrangement of Pictures at an Exhibition by Mussorgsky for the second half of the program. Mussorgsky wrote the piece, originally for piano, after visiting a posthumous exhibition of works by artist and friend Viktor Hartmann. Pictures takes the listener through ten of Hartmann’s pieces, with transitions in between called promenades meant to represent strolling from one work to the next. Pictures was completed in three weeks and has captured the hearts of hopeful orchestral arrangers ever since; Ravel’s arrangement is by far the most beloved.

Pictures was a smart programming move for the VSO. Fans of movie music saw classical music can tell stories just as effectively as their favorite film soundtracks. The well-played opening trumpet solo set us off on a snappy journey through the gallery. Mussorgsky and Ravel illustrate Hartmann’s art impeccably; we can see the wobbly and awkward gnome in Gnomus and hear the lonely echoes in Catacombs. The saxophone soloist in The Old Castle offered a lovely and mysterious color, and the orchestra was rich and full in the third and most robust Promenade. Overall, it was a splendid performance of a renowned, imaginative work.

Next up for the VSO is more Ravel - the orchestra will be performing the composer’s most famous work, Boléro, along with other classical pieces, October 19th through 21st. Visit virginiasymphony.org for tickets and more information.