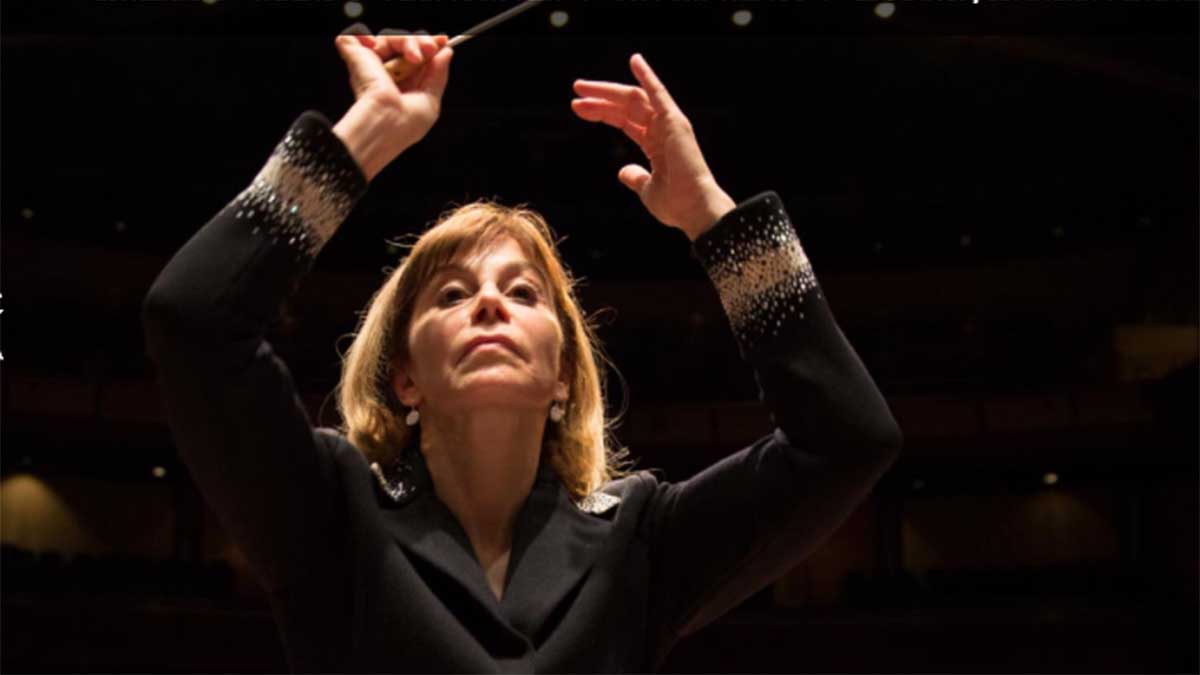 Composer Fanny Mendelssohn was the older sister of renowned composer Felix Mendelssohn, who, unlike Fanny, was encouraged by his family to pursue his musical aspirations. Felix helped Fanny’s works reach 19th century audiences through publishing many of them under his own name, which later led to difficulties with attribution. Conductor JoAnn Falletta premiered Fanny’s overture as the Music Director of the Bay Area Women’s Philharmonic in the 1980s. Falletta never studied classical compositions by women before this project, even while studying at the Juilliard School. She recounted the trouble a board member faced accessing the manuscripts, as the Mendelssohn family issued an edict that Fanny’s works never be performed outside their home.

Next up were two rare songs by Alma Mahler, the unhappy wife of famed composer Gustav Mahler. An iconic presence in arts social circles, Alma’s compositions were as passionate and vivacious as her personality. Local soprano Anna Feucht’s full, unique voice paired well with the dramatic language and melodies. Alma only published 14 songs during her lifetime; one wonders what could have been had Alma’s creative tendencies been encouraged despite her gender.

The second half of the evening featured VSO Associate Concertmaster Yun Zhang, a seasoned violinist who stood out with his lovely timbre in Amanda Röntgen-Maier’s Violin Concerto in D minor. Zhang took his role of interpreter seriously both during and after his performance when he spoke intelligently of his research on Röntgen-Maier’s life and inspiration for the concerto.

Other highlights of the program included Lili Boulanger’s inventive symphonic piece, D’un matin de printemps, and Germaine Tailleferre’s Ouverture, both performed with precision and gusto by the orchestra.

The VSO’s concert series at the Roper often features discussions with the conductor and musicians who field questions from the audience through social media. During this performance, Dr. Anne Neikirk, a composer and music educator at Norfolk State University, and VSO intern and composer Caroline Salant addressed what it’s like pursuing composition in a male-dominated field.

The evening closed with Amy Beach’s Symphony No. 2 in E minor, also known as the “Gaelic Symphony,” which was the first symphony composed and published by a woman in America. A beloved musical champion and inspiration to generations of women, Amy Beach is considered the first successful American female composer.

The VSO consistently demonstrates musicality and technical excellence, and last weekend’s program was no exception. Symphony orchestras occasionally perform the works of women composers, but rarely dedicate entire evenings to their output. An aura of newness graced the Symphony last weekend, even though the most contemporary work was from 1932.

I highly recommend checking out a VSO concert at the TCC Roper if you’re a classical music newcomer or someone who wants a more in-depth experience. Next up at the TCC Roper is Holiday Brass on December 12 and next this season for the VSO is Holiday Pops, December 8 through 10. Visit virginiasymphony.org for tickets and more information.