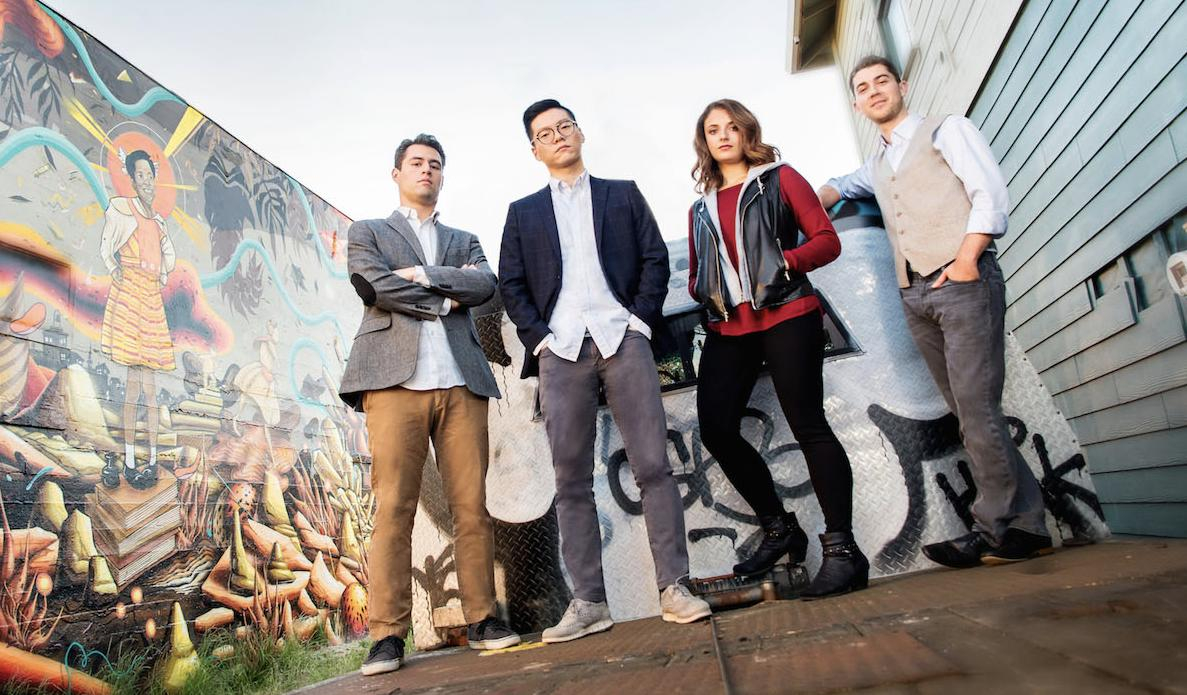 Dover Quartet’s No Nonsense Approach to Haydn, Borodin, and Mendelssohn

Last Monday evening, the Dover Quartet performed at the Robin Hixon Theater as part of Virginia Arts Festival’s Chamber Music Series. The Dover Quartet was formed while the group was studying at the Curtis Institute; they’ve quickly risen to prominence as one of the most in-demand quartets in the world. WHRO’s Wayla Chambo gave an enlightening pre-concert talk, going over key components of the works on the program by Haydn, Borodin, and Mendelssohn.

The most striking aspect of the Dover Quartet’s performance at Virginia Arts Festival was their articulation. Dynamics, markings, and rhythms were strictly followed - one could even say the group occasionally exaggerated them for dramatic effect. The final movement of Haydn’s String Quartet in F minor was subdued until a bold and striking crescendo that led into a stirring, succinct finale that induced chills. Violinist Joel Link performed with flexibility and technical prowess, guiding the quartet with confidence. Cellist Camden Shaw also played a key role in keeping the group in sync through his poised and sensitive musicianship. Haydn’s string quartet was considered groundbreaking upon its composition - all parts, especially the cello, have prominent roles.

Alexander Borodin’s String Quartet No. 2 in D major was a thrilling journey for the audience. Link and Shaw launched the first movement with stern conviction. The third movement, Nocturne: Andante was soaring and beautiful, particularly during the duet between the two violinists: Link and Bryan Lee. Violist Milena Pajaro-van de Stadt tuned in with the group well with her polished playing and emotive facial expressions to match.

The second half of the program comprised Felix Mendelssohn’s String Quartet No. 6 in F minor. The first movement, Allegro vivace assai, clarified the quartet’s unparalleled technical ease. The middle movements demonstrated the intimate communication the quartet is known for through joyous and sonorous passages. Link catapulted the group into the climax of the finale with assertiveness and spark.

The Dover Quartet is thrilling to watch for two reasons. First and foremost, the musicians are undeniably talented. Secondly, it’s obvious they’ve practiced diligently to reach their status as one of the world’s top young string quartets. There’s no pompous air of entitlement in their playing - only firm dedication, strong work ethic, and drive to bring new life to music from centuries ago.

Virginia Arts Festival’s Chamber Music Series has come to a close, but they have several exciting events coming up over the next few months, including Funhouse Fest in Williamsburg, playing June 22 through 23, and singer-songwriter Nicole Atkins in the Virginia Arts Festival Courtyard on July 14. Visit vafest.org for tickets and more information.