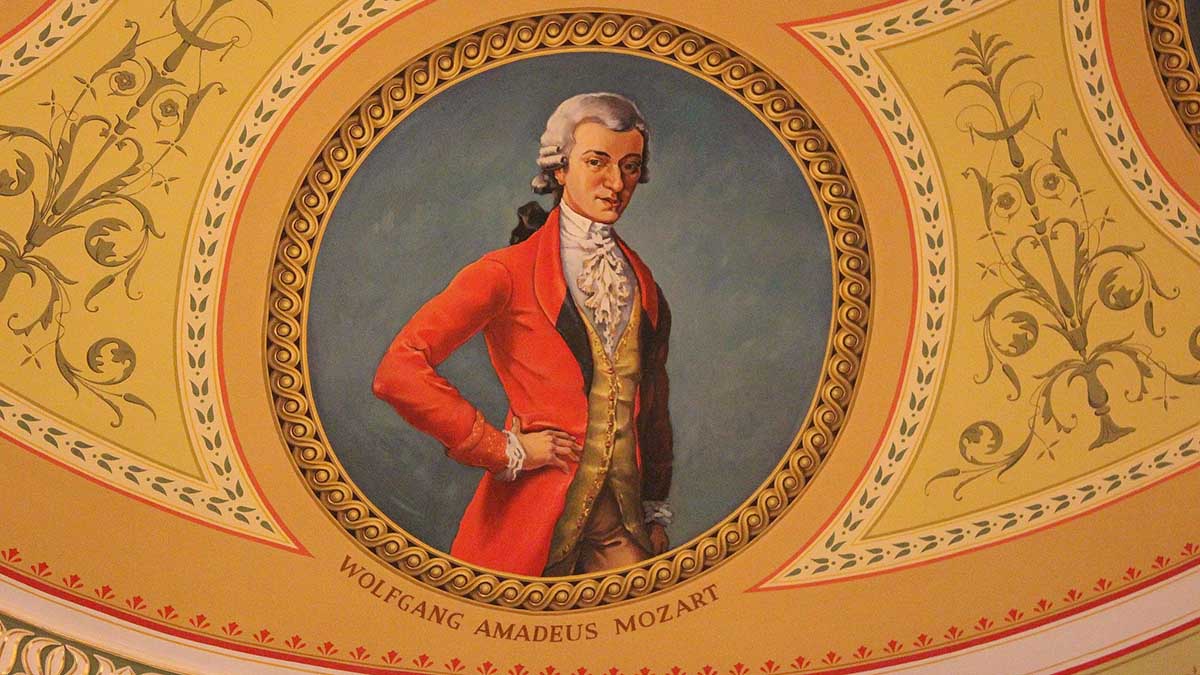 On Friday night, Virginia Arts Festival produced a Mozart Celebration at the Sandler Center for the Performing Arts. Wolfgang Amadeus Mozart, who was one of the most influential composers of the Classical era, saw success through a multitude of mediums, including operas, choral pieces, symphonies, and chamber music. This concert paid homage to his piano concertos, and featured masterful pianist, André-Michel Schub.

André-Michel Schub is retiring from his role as the Festival’s Chamber Music Series Director after this season, making Friday the grand finale to his time executing superb concerts throughout our region. Schub was joined onstage by pianists Dominic Cheli and Arthur Fagen (who also served as the conductor). Piano Concerto No. 7 in F major, for 3 pianos opened the evening. The Virginia Symphony Orchestra lacked precision during the first movement, likely due to difficulties staying with Fagen as he alternated between playing and conducting. Schub, Cheli, and Fagen performed with ease and heart, but transitions between the pianists weren’t always seamless.

Pianist Dominic Cheli exhibited thoughtful playing and deep musical connection during the first half of the program. His exchanges with Schub during Piano Concerto No. 10 in Eb major, for 2 pianos, the second piece on the program, were fluid without sacrificing the pianists’ unique styles. Cheli plays with delicacy and a regal poise, while Schub appears entranced and tends to transform his entire body into an instrument of music.

The second half of the program was Piano Concerto No. 27 in Bb major. This piece was written significantly later than the other two works. The progression in Mozart’s style is evident, with more interwoven parts for the orchestra and soloist, and less blatant showmanship in the orchestral music. Schub played the concerto with fervor, dedication, and strong technicality. VSO Principal Flutist Debra Wendells Cross also shined during this piece with several spotlights on her shimmering and lovely playing.

Overall, Virginia Arts Festival’s Mozart Celebration was engaging and well-performed. Schub has not only lent his skilled musicianship, but helped attract top-notch classical artists to the Festival over the last two decades. What better way to bid farewell than through Mozart’s passionate piano concertos.

Virginia Arts Festival’s 22nd season will soon be coming to a close, but there are several more exciting performances coming up. The Festival will present Fringe in the NEON District this weekend with a multitude of edgy and fun performances by artists from all over the world. Then the Festival will present Funhouse Fest in Williamsburg, playing June 22-23. Visit vafest.org for tickets and to see the full schedule.