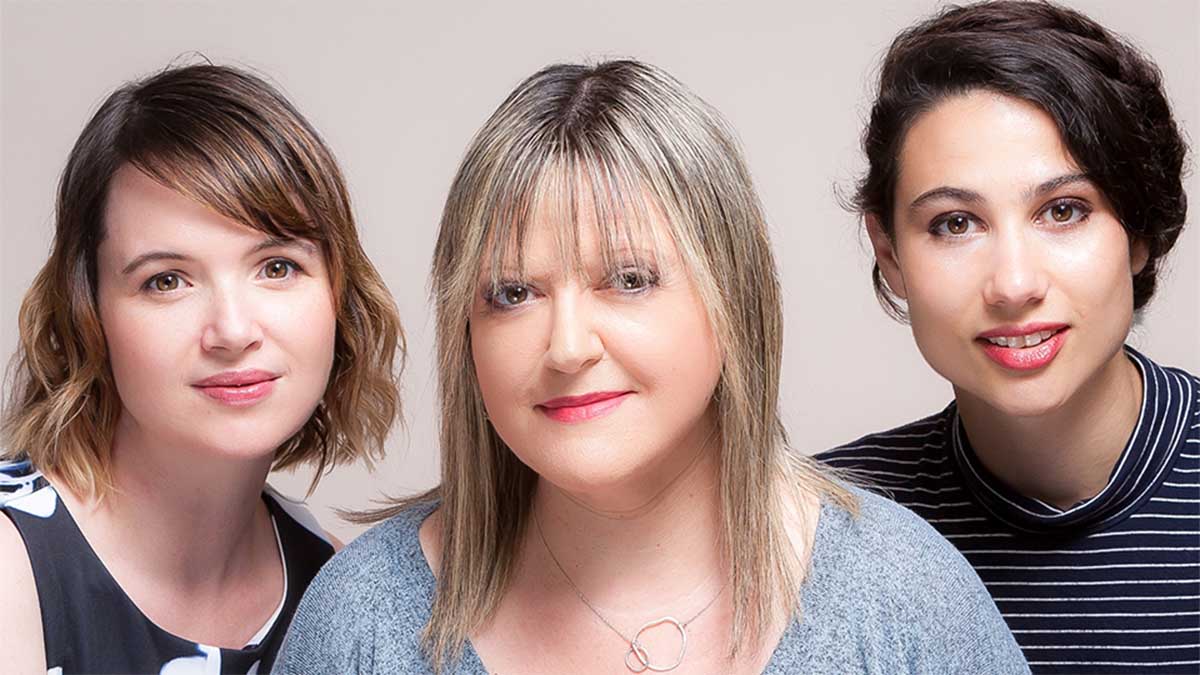 Last week, the acapella trio ModernMedieval sang at the Robin Hixon Theater as part of Virginia Arts Festival. ModernMedieval was founded by singer Jacqueline Horner-Kwiatek, a former member of the beloved group Anonymous 4 that disbanded in 2016. While Anonymous 4 mainly performed medieval music, ModernMedieval juxtaposes medieval and contemporary works in their programs. Their concert at Virginia Arts Festival showcased compositions written and inspired by famed composer and poet Hildegard of Bingen.

ModernMedieval’s mission to combine medieval and newly commissioned works is fascinating. Their live performance was not. The vocalists barely spoke about the music and made no attempt to show its relevance. Hildegard of Bingen is a legend in the artistic and spiritual worlds, and the works on this program were suitably intricate and thought-provoking. It would have been an entirely different evening had the three singers talked about the music and engaged the audience.

Presentation aside, ModernMedieval sang with lovely tones and impressive accuracy throughout a challenging program. The three singers offered unique and striking sounds, blending beautifully without losing their distinct tones. Soprano Eliza Bagg is equipped with a pure and crystalline voice ideally suited for experimental works. Soprano Martha Cluver’s dark and sultry tone serves an interesting contract to Bagg’s sound. Mezzo-soprano Jacqueline Horner-Kwiatek rounds out the trio with singing that is effortless, flowing, and perfectly tuned, particularly during her solo rendition of von Bingen’s O Viridissima Virga.

The group wove through the program, which rotated between old and new music, with endurance. Three-Winged Wisdom by Daniel Thomas Davis was haunting and stylish. Joseph Phillip Friedman’s All Things are Set Ablaze required the singers to play instruments while performing - this felt gimmicky, but did provide some much needed action. The Hildegard of Bingen pieces on the program were drab without context provided outside of the program notes; the exception being Caritas Abundat, which led into a work by Caroline Shaw based on the chant. Vocals beginning as growls slid into an impassioned climax that reached a wistful end with soft and stunning vocals by Baggs.

The musical connection between the three women was evident throughout the evening, but especially apparent during Caleb Burhans’s We Cannot Live, a bold and impassioned cry inspired by words attributed to von Bingen. Burhan claims it would have been irresponsible not to set these words to music given what’s transpired since 2017.

ModernMedieval’s performance at Virginia Arts Festival was musical and thoughtful, but not what anyone would deem accessible. Those already familiar with medieval and contemporary classical vocal music may have loved every minute; all others had their patience tested.

Virginia Arts Festival’s 22nd season will soon be coming to a close, but there are several more exciting performances coming up. The Festival will be bringing Fringe to the NEON District this week with a multitude of edgy and fun performances by artists from all over the world. Visit vafest.org for tickets and to see the full schedule.