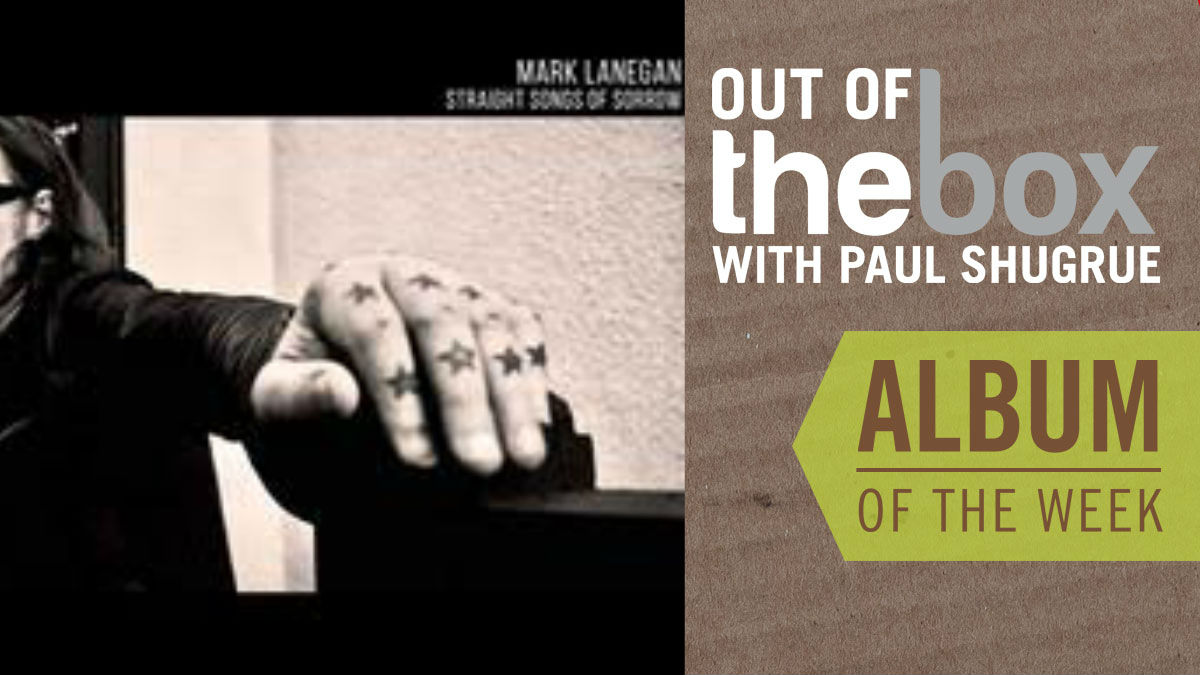 One of the few performers left of the grunge rock era is feeling survivor’s guilt. That’s what Mark Lanegan’s album “Straight Songs of Sorrow” is all about, songs that ask “why me?”

Lanegan is the former Screaming Trees singer and once a close friend of Kurt Cobain. He’s had a successful solo career and has just released his memoir “Sing Backwards and Weep.” These song are the companion piece to that hard hitting autobiography.

He’s got many collaborators, including Greg Dulli of Afghan Whigs along with members of Smashing Pumpkins, Portishead and even John Paul Jones of Led Zeppelin. His wife duets with him on a beautiful tribute to his electronica music.

You don’t need to have read his book to get a feel for the harrowing nature of it from these songs. The themes of death and sorrow run through them but also a feeling of accomplishment, a coming to terms with his past and acknowledging that he is still here.