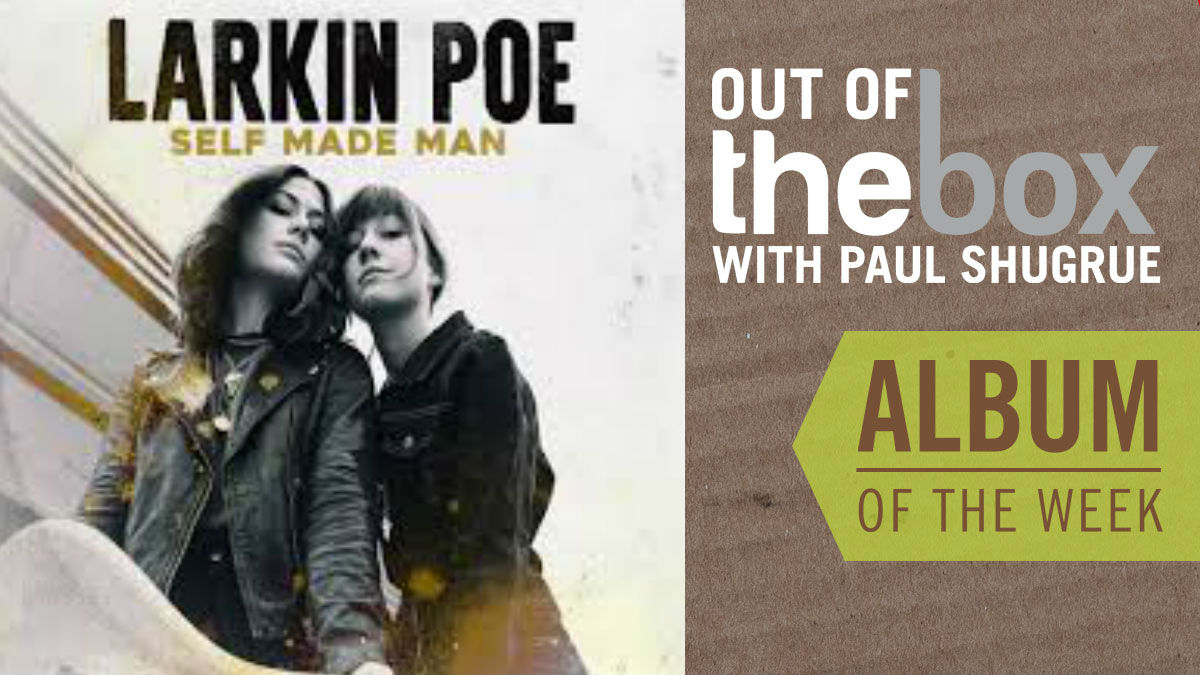 Larkin Poe is name of a duo of sisters, Rebecca and Megan Lovell, who have released their fifth album in six years, “Self Made Man.” Like most siblings they have extraordinary vocal harmonies but what sets them apart is the harmony their guitars create on these bluesy rock originals, or as they call it “guitarmony.”

Rebecca and Megan were in a bluegrass band called “The Lovells” alongside their other sister early in their career. Since then they’ve devoted the band they named after their great grandfather to loud blues rock riffs and swampy songs that sound like they come from the Mississippi delta.

Megan Lovell plays a lap steel slide guitar that takes on a personality of its own.  The way her guitar interacts with Rebecca’s is what makes their sound unique.  The guitar melodies are just as memorable as the vocal melodies.

The Lovell sisters produced the album themselves and it reflects their feverish work ethic, touring half the year and recording the other half. In fact, it’s telling the title cut to the album “Self Made Man” is actually called “She’s A Self Made Man.”