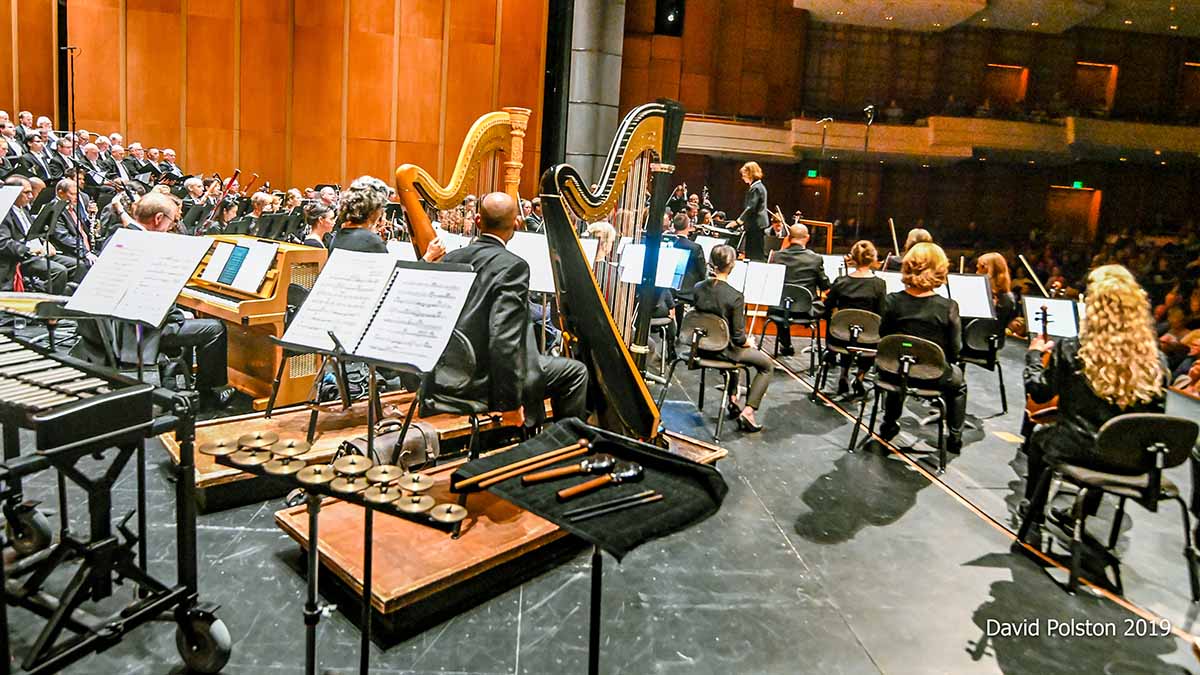 Friday Nights At The Symphony On WHRO Classical

Although live performances are currently on hiatus, you can still hear the Virginia Symphony Orchestra in concert on WHRO FM. We’ve partnered with the Symphony to bring you a special series of broadcast concerts from their archives. The series kicks off Friday, April 3.

You can hear these archived concert recordings each Friday at 9 p.m. for the next several weeks. Spend Friday nights at the symphony on 90.3 WHRO FM, or join us through our live stream online.

We’ll conclude our Friday night VSO series on May 29,

Friday, May 15, 9 p.m.
Guest conductor Douglas Boyd and the Virginia Symphony bring us Stravinsky’s Fireworks, The Lark Ascending by Vaughan Williams and Ravel’s Tzigane with violinist Elena Urioste, and the Symphonie Fantastique by Hector Berlioz.

Friday, May 29 9 p.m.
We’ll conclude this special series of Virginia Symphony broadcasts with “A Night at the Movies.” Sarah Hicks conducts film music from Nino Rota (Romeo and Juliet), Miklós Rózsa (Spellbound), John Williams (Close Encounters of the Third Kind), and Prokofiev (Lieutenant Kijé Suite). Also on the program, the Concerto for Pipa and Orchestra by Tan Dun, with pipa virtuoso Wu Man as soloist.

Friday, May 8, 9 p.m.
Edwin Outwater conducts the Virginia Symphony in the Brahms Symphony No. 4, Beethoven’s King Stephen Overture, and three pieces by Caroline Shaw, with the composer as guest soloist. Shaw was the youngest-ever recipient of the Pulitzer Prize for Music in 2013, and appears as both a violinist and a vocalist on this program, performing two of her songs and her violin concerto with the VSO.

Friday, May 1, 9 p.m.
Benjamin Rous conducts this program from November 2019 that focuses on the music of Antonio Vivaldi, along with works by three other composers from the Italian Baroque: Evaristo Felice Dall’Abaco, Giovanni Battista Pergolesi, and Giuseppe Torelli. Virginia Symphony Principal Cellist Michael Daniels and Assistant Principal Cellist Rebecca Gilmore Phillips are soloists in the Vivaldi Concerto in G minor for Two Cellos, RV 531.

Friday, April 24, 9 p.m.
JoAnn Falletta conducts the Virginia Symphony Orchestra and Chorus in this concert recording from September 2019. The program features Suites No. 1 and No. 2 from Ravel’s Daphnis and Chloe, Rachmaninoff’s Rhapsody on a Theme of Paganini with guest pianist Alexander Gavrylyuk, and Tchaikovsky’s Francesca da Rimini.