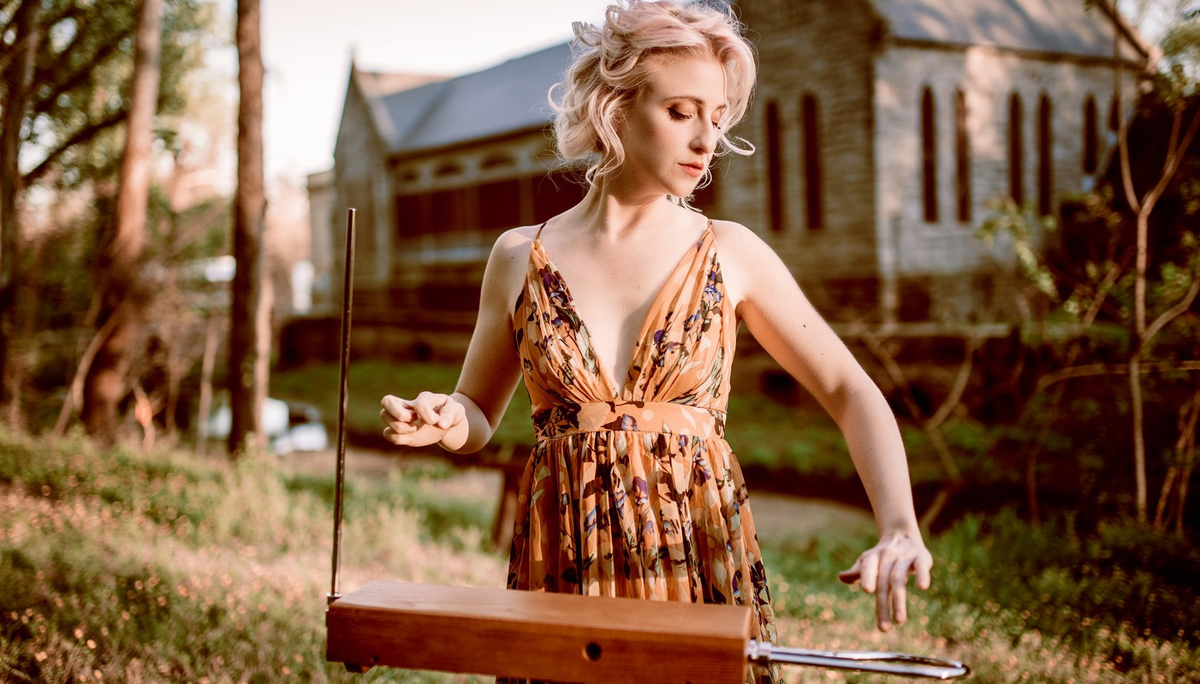 Caroline Scruggs is a local singer and musician known for her work with the bands 504 Supreme and the Truetone Honeys. She also plays solo music that incorporates her voice, a loop station, and the theremin. She’s presenting a virtual concert on Thursday, March 26. Rebecca interviewed her about her music and how the COVID-19 outbreak has affected her life and work.

Caroline: It's a great time to ask important questions, not just, “What did you have for breakfast?” Ask somebody about how they're feeling in terms of the fact that we cannot hide anymore the fact that we are not these perfect immortal beings that can just depend on the bigger people in the world to protect us from everything, including disease.

Rebecca: That's Caroline Scruggs, a local singer and musician known for her work with the bands 504 Supreme and the Truetone Honeys. She also plays solo music that incorporates her voice, a loop station, and the theremin. The theremin is an electronic instrument played without physical contact, perhaps best known for its use in sci-fi movies. Caroline is presenting a virtual concert on Facebook Live tonight (Thursday, March 26). I spoke with her about her music and how the COVID-19 outbreak has affected her life and work.

Caroline: My life turned upside down very quickly. I sing in two jazz bands. We had a ton of gigs lined up that I was really depending on to pay my bills, and like that, like at the drop of a hat, just in the span of three days, all of them got canceled. All of a sudden, I have pretty much no income coming in, which is very scary. But it has been so cool to see...there really has been a sense of solidarity and the need to experience live entertainment and live music. There's just so many organizations that have come together to promote virtual shows.

Rebecca: What kind of stuff are you performing on Thursday night?

Caroline: So, on Thursday, I am going to be performing all of my own original music. I have brought back a lot of songs that I haven't played in a while that I have been playing during this time. As I was singing them, I realized...I had this moment of realization of how relevant the lyrics are to right now and what people are going through. I'm really excited to bring this stuff back to light and hopefully have people really listening to the lyrics and having it help them maybe feel less alone or process their experience right now a little bit better and realize that everything that anyone is going through right now is a completely normal human response to what is going on and that we are all in this together.

Rebecca: Why did you decide to learn the theremin?

Caroline: I had heard about this weird, magical instrument when I was going to music school. About three years ago, I went to a musical instrument museum where you could play a ton of instruments in this one room and they had a theremin. I got to play it for like 30 seconds. Of course, it sounded terrible, but something clicked in me right then, and I just thought to myself, this is my instrument.

Rebecca: Caroline said that she'd never been drawn to an instrument like that before. A big part of it was how voice-like the theremin sounded.

Caroline: I'm first and foremost a singer. Being able to have two voices was just so thrilling to me and also the fact that it is different and it is very rare. I love that. I love how weird it is, and it really just lent itself to the kind of atmosphere that I was trying to create with my music. You know, it really opens people's eyes and they're like, “What is that?”

Rebecca: Before we hung up, I asked Caroline what she thinks we can all do today to stay connected and feel a little bit more human.

Caroline: Make something, anything, whether it's a short story or a doodle. It doesn't matter if you're artistic; you have the creative gene because you are a human person, so you should exercise that. It'll make you feel more empowered.