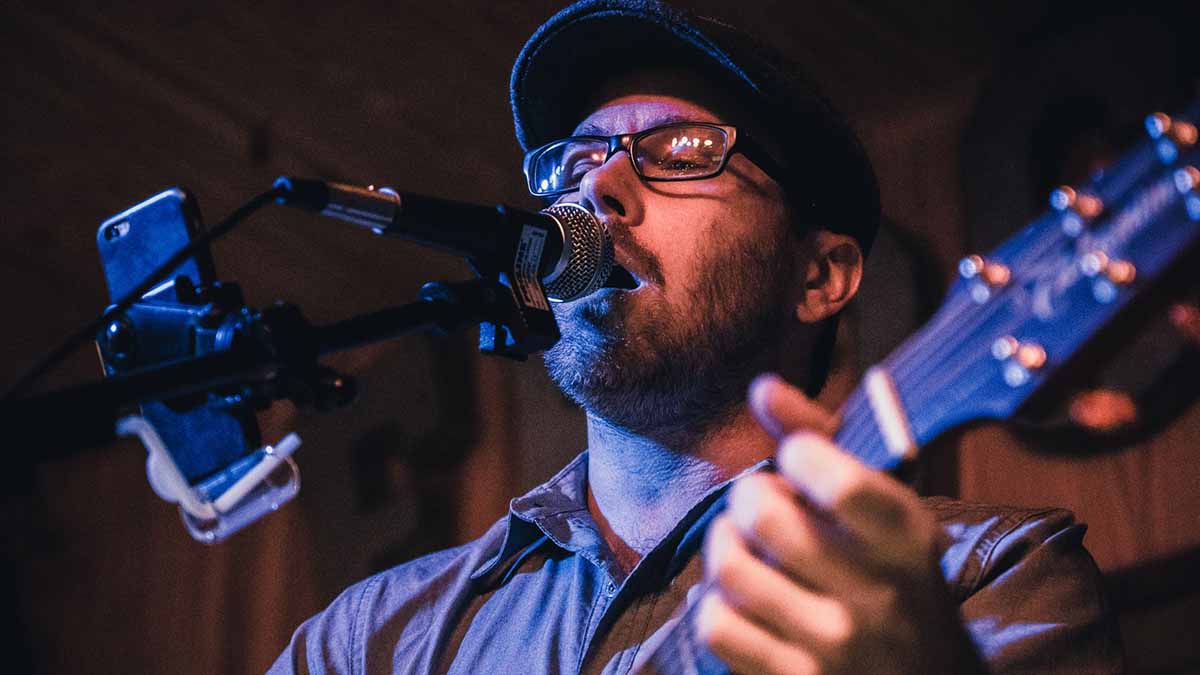 Rob Oliver pays a first-time visit to the Acoustic Highway this Sunday at 9:00 on WHRV. Oliver is a multi-instrumentalist who cites musical influences from Led Zeppelin to Muddy Waters. In February he released his debut CD Highs&Lows&Blues with the featured single “The People I Love.” The album is a virtual “ who’s who” among Hampton Roads musicians appearing on the release, including the late Dave Hufstedler featured on bass, Holly Kirsten on strings, and Patrick Dermody on drums. Rob has been featured in countless local open mic nights, festivals and venues and has appeared on Hunter at Sunrise. He also performs as part of the ensemble Rob Oliver and the Attractors.

Join us Sunday night as Rob Oliver stops by the Acoustic Highway to talk music and perform live. Tune in to 89.5 or stream live at whrv.org.