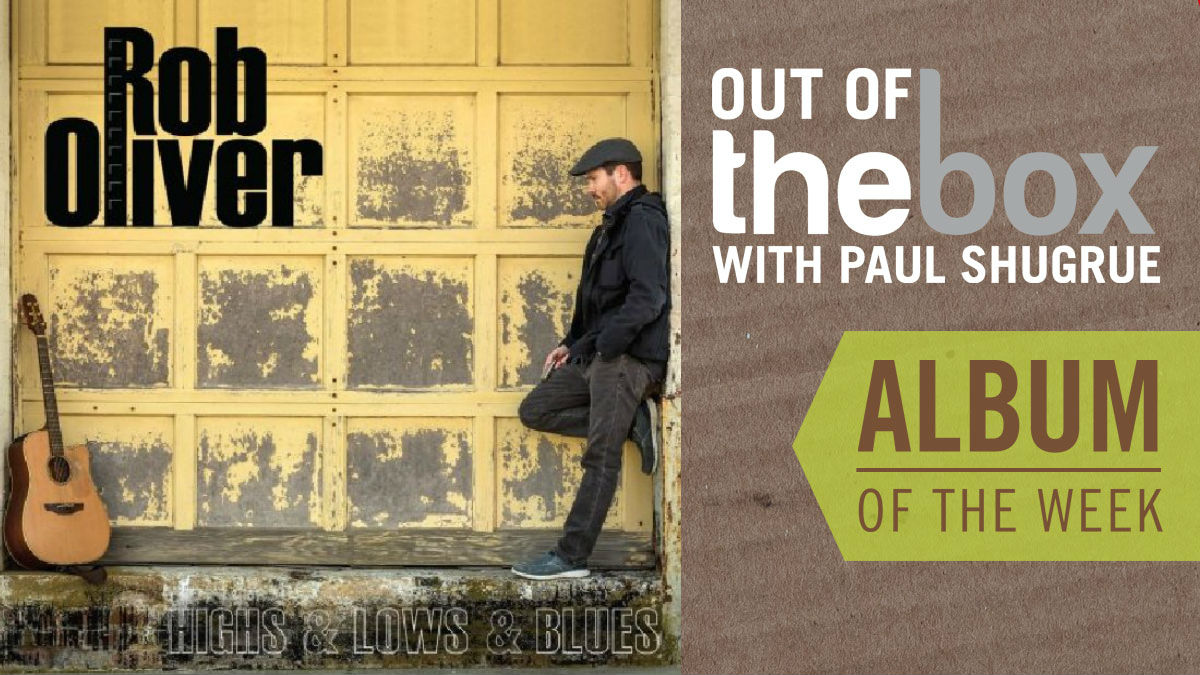 Rob Oliver is a Hampton Roads native who has just released his debut album, “Highs & Lows & Blues.” With help from some of his favorite area musicians he has created an album of world class, utterly original roots-rock.

Anthony Rosano, joins him on a track, so does Jason Cale, it was co-produced by Joe Talley of Who We Are Not and the steady bass lines of the late Dave Hufstedler are heard on a number of songs. But it’s the straight ahead songwriting of Oliver that’s the highlight. Whether he’s playing with a full band or on the acoustic solo tunes, he has a relatable style that makes the songs easy to open up to.

Oliver is a multi-instrumentalist, playing guitars, harmonica, bass and drums sometimes all on the same song, and his earnest voice blends effortlessly with his back ground singers.

There’s a joyousness to these twelve tracks that run from acoustic fingerpicked guitar to full on rock songs to a tour-de-force, smoking torch song that comes near the end. As the title suggests, “Highs & Lows & Blues” by Rob Oliver balances it’s emotions and may be one of the best albums of the year from the Hampton Roads music scene.